He added that this government does not link policy decisions with vote bank. 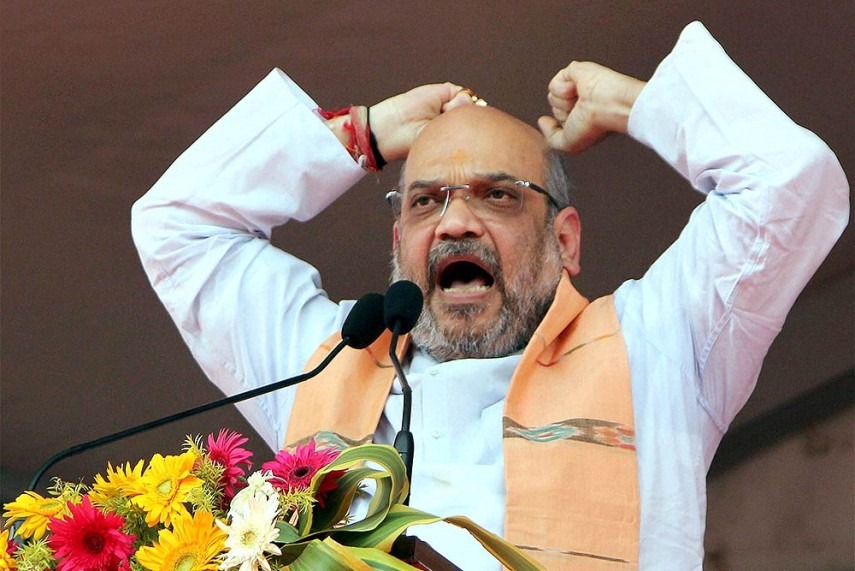 BJP chief Amit Shah today said demonetisation has led to expansion of formal economy and brought black money into the government's treasury which is being used for people's benefit.

With demonetisation inviting fresh criticism from opposition parties after RBI figures disclosed that over 99 per cent of banned notes were deposited with banks, Shah told a FICCI meeting that the note ban was an example of the hard decisions the government had taken to boost the economy.

"I definitely believe that the formal economy has increased due to demonetisation. Money lying at various places is now part of the economy," he said, adding that this government does not link policy decisions with vote bank.

Shah said the number of total direct tax payers had doubled in the last three years from 3.7 crore to 6.4 crore and opening of 30 crore new bank accounts expanded the formal economy and linked every body with it.

He also asked the business community to "encash" the "Brand India" built by the government globally and claimed that the NDA dispensation's most significant contribution was that it had transformed the "scale of thinking".

Industrial sector should use this opportunity to expand globally, he said, mentioning African countries as having immense investment potential.

The Modi government was focusing on long-term goals rather than short-term gains, he said, adding that direct benefit transfers now reach 36 crore people from 8.5 crore in 2014 and saved over Rs 59,000 crore in subsidies. Earlier, this money would have disappeared due to corruption, he said

He also played down the dip in the GDP growth rate to 5.7 per cent in the last quarter, saying it was due to some "technical reasons" and added it had gone up to 7.1 per cent after falling to 4.7 per cent in 13-14 when the UPA was in power.

Shah also touched upon the issue of banks' non-performing assets, seen as a drag on the economy, saying the Modi government had inherited these bad loans and none of them happened during its tenure.

It was a very "courageous move" of the Modi dispensation to ask banks to bring NPAs to their books, Shah said.

"The issue is looked politically. But I want to make it very clear that none of these loans which turned NPAs were offered during our government. Opposition targets us saying so many accounts have turned into NPAs. But not a single account is from our time. We have inherited it," he said, adding that hiding a disease does not treat it.

The Union government along with states had taken over 7,000 decisions to increase the ease of doing business, he said.

"Some critics of our government claim that development has stalled but I would like to tell them not to look at statistics but travel around to find development," Shah said.

Against the daily construction of 69 km of rural roads earlier, the figure is now 133 km and while rail tracks are being laid at the rate of 7.9 km against the earlier 4.3 km, he said.

The rail sector had attracted twice the investment in the last two years compared to five preceding years.

Over 2 lakh km of optical fibre had been laid under this government while the figure was only 358 km earlier, he said.

While it used to take 600 days for new projects to get environment and forest clearance, now it takes only 100 days and the period would be reduced further, he said.

Under the UPA, the GDP was 4.7 per cent, the current account deficit rose to 5 per cent and there was double-digit inflation while the government in its 10-year rule was riddled with scams and hit by policy paralysis, Shah said.

"In the last three years, there has been decisive and focused approach to policy making," he said.

As many as seven crore people have benefited from the MUDRA scheme, turning from job seekers to job creators, he said.

The Modi government has changed the way GDP is looked at as it is not only limited to production, services and infrastructure but also includes improving overall quality of life and social capital.

"I can say with full confidence that the Indian economy's future is very beautiful and nobody can stop India from becoming the fastest growing economy," he said.

The GST would lead to equitable development among states, he said, adding that it was lopsided earlier with western states progressing while the eastern region lagged behind, Shah said.

He told the business community that under previous tax structure, there were 17 different taxes, but now under the GST, there is 'one country, one tax' and they can avail full input tax credit.

The country has become surplus in coal production and power supply, he said, citing e-auction of mines as a government's success.

All the decisions taken by the government are part of a well-thought out strategy to give the country a stable policy for next 30 years and it was taking gradual steps towards that goal, he said.

"None of the policy decisions should be evaluated in isolation but should be seen as an integrated long term scheme of things," he said.

Shah said that the historic Land Boundary Agreement with Bangladesh has opened up the entire eastern belt for trade and business which will boost growth in the Northeast region that has been neglected for the last 70 years.

The BJP president also advised FICCI and similar business bodies to invest in research and development and create their own intellectual property rights so that the "wealth created remains within the country". He specifically made reference to the pharma industry.

"FICCI must rethink the role it has played since Independence and play active part in promoting sectors where India is currently dependent on significant imports resulting into depletion of precious foreign exchange," he said.