The event was declined permission on Thursday by the Police without assigning any reason. 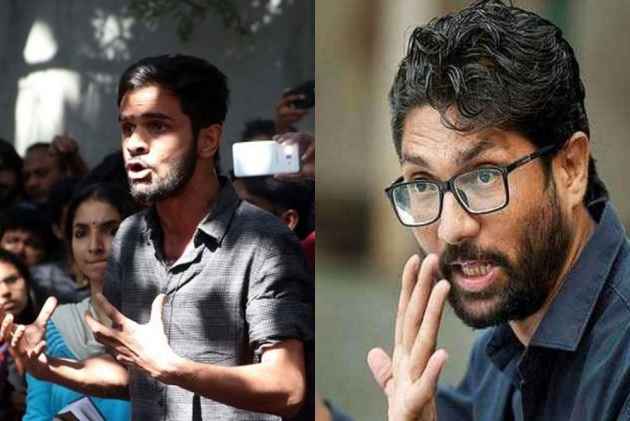 After police cancelled permission at the eleventh hour for an event on Thursday with MLA Jignesh Mevani and JNU's Umar Khalid as speakers in Mumbai,organisers have decided to take the programme online.

The schedule for the online event has not been finalised yet, but NDTV reportconfirmed that enraged students have decided to hold an event onlinebecause it doesn't need any police permission.

The event -- organised by the student union Chhatra Bharti-- was supposed to have a session by these two speakers.

However, reports suggest that the Students’ UnionChhatra Bharti’s event -- All India Students Summit -- was cancelled in wake of prohibitory orders imposed in Mumbai and several other districts of Maharashtra following protests by Dalit groups over Bhima-Koragoan violence.

Angry students took to the streets protesting the abrupt cancellation, several were seen trying to enter the auditorium. Several protesting students were also detained outside the Bhaidas Hall in suburban Vile Parle where the event was scheduled to convene.

All those detained were taken to the Juhu police station.

In a related development, the Pune Police registered an FIR against Mevani and Khalid for their alleged "provocative" speeches at an event in Pune on December 31.

Mevani and Khalid had attended the "Elgar Parishad", an event organised to commemorate the 200th anniversary of the battle of Bhima-Koregaon, at Shaniwar Wada in Pune.

Violence erupted in Pune district when Dalit groups were celebrating the bicentenary of the Bhima-Koregaon battle in which the forces of the British East India Company defeated the Peshwa's Army.