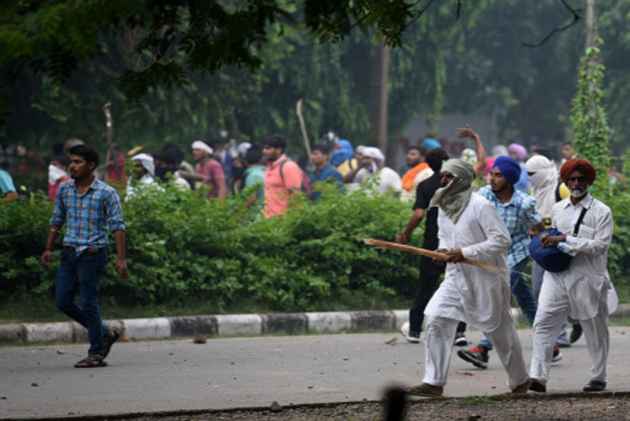 Weapons, including double barrel and single barrel guns and pistols, have been deposited by followers of Sirsa headquartered Dera Sacha Sauda, the Haryana Police said on Monday.

Over 30 rifles and pistols along with live cartridges have been deposited with Sirsa district police authorities.

Among them, there are some modified weapons as well, the SHO said.

Dera followers deposited their licensed weapons after district police authorities asked them to surrender their arms and ammunitions.

"We had asked Dera followers to deposit their weapons within two days," said Kumar.

A special CBI court in Panchkula had sentenced the Dera chief to 20-year imprisonment in the rape case on August 28.

50-year-old Ram Rahim Singh is lodged in the Sunaria jail in Rohtak district, where a thick blanket of security has been thrown around.

After the conviction of Dera Sacha Sauda, violence had broken out in Panchkula and Sirsa, leaving 41 dead and scores of persons injured. Thirty-five persons died in Panchkula while six in Sirsa district.

Sirsa town is home to the sprawling Dera headquarters.