Pradeep Goyal Insan, a Dera functionary, was arrested on Sunday from Udaipur in Rajasthan by a Special Investigation Team of the Haryana Police, a senior police official said. 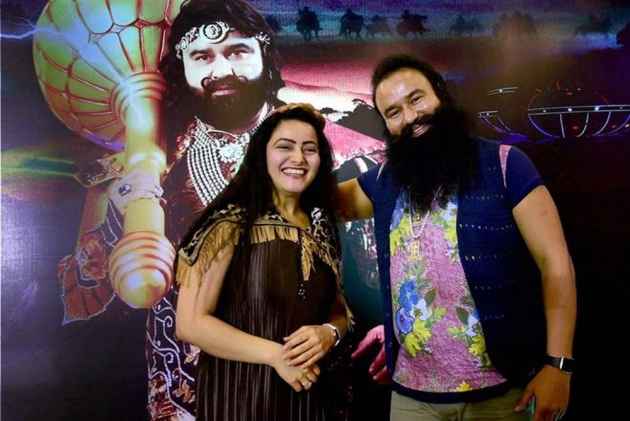 Haryana Police have made two fresh arrests in connection with incidents of violence which broke out on August 25 in Panchkula after sect chief Gurmeet Ram Rahim Singh was convicted in a rape case.

Efforts are also on to trace the Dera chief's adopted daughter Honeypreet Insan and Dera spokesman Aditya Insan, against whom a lookout notice was issued earlier.

Pradeep Goyal Insan, a Dera functionary, was arrested on Sunday  from Udaipur in Rajasthan by a Special Investigation Team of the Haryana Police, a senior police official said.

Another person identified as Vijay was arrested from Pinjore yesterday, he said.

"The role of all the three arrested persons Pradeep, Prakash and Vijay is under the scanner in connection with incidents of violence which broke out in Panchkula on August 25. Further investigations are under progress," Singh said.

The police have also arrested one more person from Ambala in connection with incidents of arson in Panchkula.

Haryana Police said it was collecting videos from various sources pertaining to incidents of violence which broke out in Panchkula and was trying to identify the accused involved in inciting violence and indulging in acts of arson.

Asked to comment on media reports claiming that Pradeep Goyal has told SIT that Honeypreet had already fled to Nepal, DCP Manbir said, "There is no truth in these reports. These are baseless".

The Haryana Police made several arrests after violence broke out in Panchkula that includes Dera Sacha Sauda chief's top aide and spokesperson Dilawar Insan, who was arrested from Sonepat, on September 15.

The Haryana Police had earlier sent a team to Lakhimpur Kheri in Uttar Pradesh bordering Nepal in search of Honeypreet, a close confidant of the self-styled godman who is serving a 20-year-old jail term for raping two disciples.

Officials of the Uttar Pradesh police had earlier said that Honeypreet's photographs were pasted at police stations bordering Nepal.

The police had on September 1 issued a lookout notice for Honeypreet and Aditya, fearing that they could flee the country.

Police have intensified efforts to trace Honeypreet, who describes herself as "Papa's angel", after it arrested and questioned another sect functionary, Surinder Dhiman Insan, in connection with an alleged conspiracy to help Ram Rahim escape after his conviction by the special CBI court in Panchkula on August 25.

Earlier, Panchkula Police Commissioner, A S Chawla had said that police needs to question Honeypreet regarding the disclosures made by Surinder Dhiman and some other arrested accused.

He said that an FIR was earlier lodged at the Panchkula police station following a statement by a newspaper reporter against Aditya and Surinder Dhiman. The duo have been booked for sedition.

Violence broke out in Panchkula after the Dera chief's conviction, leaving 35 dead, while six others were killed in incidents in Sirsa.

The 50-year-old Dera chief, who is lodged in the Sunaria Jail in Rohtak, had been sentenced to 20 years of imprisonment by the CBI court for the 2002 rapes of two of his disciples.