Derek O'Brien was suspended from the Upper House of Parliament on Tuesday for the remaining part of the Winter session after he threw a Rajya Sabha rule book at the Chair. 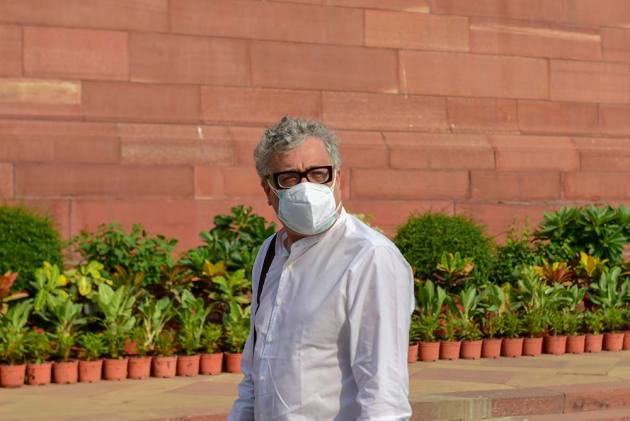 TMC leader Derek O'Brien  claimed that he was suspended from Rajya Sabha  for protesting against the "mockery of Parliament and bulldozing" of the Election Laws (Amendment) Bill by the BJP, and hoped that this bill would be repealed soon in the same way the farm laws were taken back.

"The last time I got suspended from RS was when govt. was BULLDOZING Farm Laws. We all know what happened after that," the TMC leader tweeted. Today, suspended while protesting against BJP making a mockery of Parliament and BULLDOZING Election Laws Bill, 2021. Hope this Bill too will be repealed soon," O'Brien said.

Sasmit Patra, who was in the Chair, said the TMC MP had raised a point of order and the deputy chairman duly responded to it.

A little later, O'Brien flung the rule book furiously in the direction of the Chair, Patra observed. "The rule book would have hit the chair, or secretary general or officials sitting at the table," he said.

The TMC MP was suspended after the House passed a motion moved by Minister of State for Parliamentary Affairs V Muraleedharan in this regard.

The Winter session is scheduled to end on December 23.