Vinayak Damodar Savarkar, the late Hindutva ideologue was born at Bhagur near Nashik in 1883. 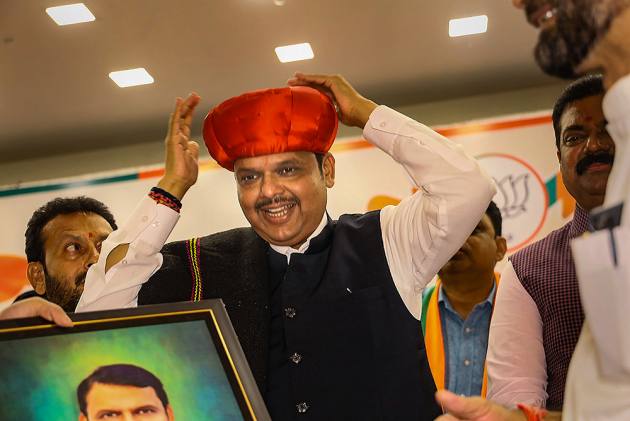 BJP leader Devendra Fadnavis objected to the omission of Savarkar's name at the ongoing annual Marathi literary meet at Nashik in north Maharashtra.

There was a demand from some quarters that a pandal at the Akhil Bharatiya Marathi Sahitya Sammelan, being held at Bhujbal Knowledge City, be named for Savarkar. Maharashtra minister and NCP leader Chhagan Bhujbal is involved in the organization of this year's meet.

Speaking to reporters here, Fadnavis said Savarkar had presided over both the Marathi literary meet and Marathi theatre conference, and he had also been president of the Marathi Patrakar Sangh, a journalists' union. "He would be probably the only person to have achieved this feat and still his name is missing from the entire event," the BJP leader said.

“He is an idol for us and if our idols are not respected, why should we even bother to go there,” said Fadnavis, a former chief minister.

He also said the BJP welcomed the decision to name the venue of the literary meet as `Kusumagraj Nagari', after the Jnanpith award winner Marathi poet late V V Shirwadkar (who wrote poetry under the pen-name `Kusumagraj'). “We welcome the decision to name the venue after Kusumagraj. But it seems his name was used only to counter a possible demand to name it after Savarkar," Fadnavis said.

"Savarkar was not just a freedom fighter. He wrote essays, plays, composed verse, was a scholar of grammar, historian and introduced many new words in Marathi," the BJP leader added.