Dhinkaran Was Sacked Long Back, Decisions By Him Are Invalid, Says K Palaniswami 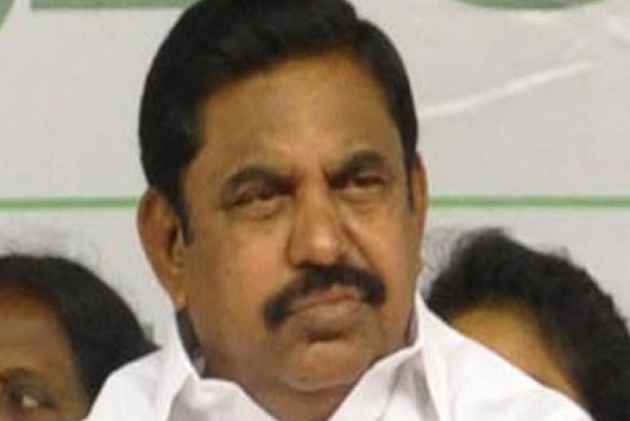 Hitting back at rebel AIADMK leader Dhinakaran, a meeting chaired by Tamil Nadu Chief Minister K Palaniswami today said he was sacked from the post of deputy general secretary on August 10 itself and changes made by him in the party posts were invalid.

Dhinakaran had "no authority or qualification" to remove those appointed by late AIADMK chief Jayalalithaa from party posts and his announcements in this regard were not binding on party affairs, a resolution adopted at the meeting said.

The meeting, attended by Ministers, MLAs and senior functionaries, also adopted a resolution to soon convene a general council meeting that could pave the way for jailed party chief VK Sasikala's ouster.

Dhinakaran, who is nephew of Sasikala, claims the support of 21 MLAs and is demanding removal of Palaniswami as CM since the merger of two factions led by Palaniswami and rebel leader O Panneerselvam on August 21.

He has also been trying to reassert his position, effecting changes in the party office-bearers, especially district secretaries, a key post in the Dravidian party's hierarchy, bringing in his supporters.

The Dhinakaran camp pooh-poohed today's resolutions, saying only the party's general secretary had the authority to convene the general council, the party's decision-making body.

It also claimed they were not invited for the meeting held at the AIADMK headquarters and attended among others by Deputy Chief Minister and party co-ordinator O Panneerselvam.

The first of the four resolutions adopted at the meeting said Dhinakaran had been "removed" as deputy general secretary on August 10, 2017 at the then meeting headed by Palaniswami.

Dhinakaran being appointed as deputy general secretary by Sasikala before proceeding to a Bengaluru jail (in February) to serve her term in a disproportionate assets case, was not authorised by relevant party bye-laws, it said.

Further, the Election Commission had also not accepted his appointment and these had been explained to Dhinakaran by "functionaries appointed by 'Amma' (Jayalalithaa)," it said.

They had made it clear to him that he cannot be appointed to any party post, the resolution said.

"With the Election Commission so far not recognising V K Sasikala's appointment as general secretary, which was done as an interim measure, appointment of Dhinakaran as deputy general secretary by her and his getting involved in party affairs is against party laws," it said.

Those appointed by Jayalalithaa, as well as elected through organisational polls, will continue in their respective positions, it said.

The resolution on convening the general council said it was being done on demands from party functionaries and General Council members.

"It is being resolved to convene the General Council and Executive very soon," it said without making any explicit reference to Sasikala, whose removal was a key demand of the faction led Panneerselvam ahead of the merger.

On the day of merger, the party's Rajya Sabha MP R Vaithilingam had said steps will be taken for the removal of Sasikala, close aide of Jayalalithaa.

Today's meeting also decided to initiate legal steps to ensure that party-backed media "Namathu Dr MGR" and "Jaya TV" "continued to hail" Jayalalithaa, seen as an attempt to wrest control of them from the Dhinakaran camp.

"Jaya TV and the daily were launched following efforts of Jayalalithaa and the contribution of lakhs of party workers and therefore they are our party's assets," it said.

Since the confrontation between Palaniswami and Dhinakaran, the two media arms have openly sided with the Sasikala camp.

Another resolution said it has been resolved to strive hard to "protect" the party and its government.

The meeting saw absence of some of the AIADMK MLAs and MPs, besides 21 of the legislators supporting Dhinakaran.

Asked about this, party sources said some of the MPs were members of parliamentary standing committees and hence could be in other states as part of their work.

They, however, claimed most of the MLAs were present.

It was not clear how many MLAs and MPs attended the meeting, chaired by Palaniswami to discuss the way forward to tackle internal crisis in AIADMK which has 134 MLAs in the 234-member state Assembly with one vacancy.

The pro-Dhinakaran MLAs are camping in the neighbouring Union territory of Puducherry since meeting Governor Ch Vidyasagar Rao and expressing lack of confidence in the chief minister on August 22.

Meanwhile, sources in the unified AIADMK said a team of ministers might approach the Election Commission to withdraw the affidavits filed in favour of Sasikala by the Palaniswami camp before the merger.

They might leave for Delhi soon, accompanied by aides of Pannnerselvam, they added.

Since the party chief was now in jail, only Dhinakaran can do so, he told reporters in Puducherry.

The 21 MLAs and district secretaries supporting Dhinkaran were ready to attend today's meeting but were not invited, he claimed.

There was no change in their demand for changing the chief minister, he added.

He also said two media arms of AIADMK were "private properties" and cannot be taken over by the Palaniswami camp.