The tiffin box, cup, saucer and spoon belonged to the family of Nizams, the rulers of erstwhile Hyderabad State. 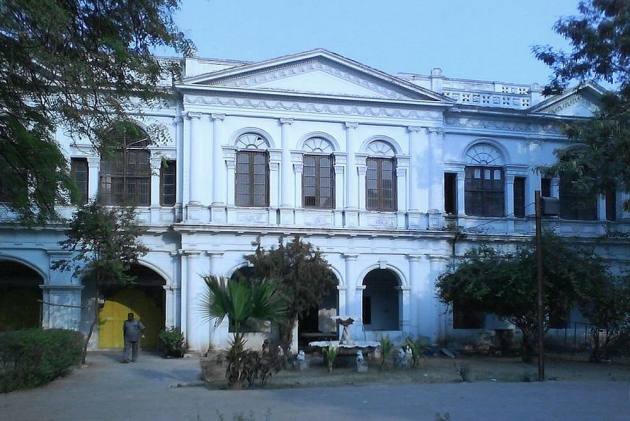 Police said that the thieves have allegedly entered into the museum which is located in Purani Haveli in the old city of Hyderabad late on Sunday night.

A police complaint has been filed by the museum authorities on Monday after they found about the missing artefacts.

According to the police, the burglars suspected to have gained entry by removing the iron grill of the ventilator on the first floor. Police believe the burglars used a rope to enter the building.

Police have registered a case and launched investigations. They were examining the CCTV footage. A police officer said that they were investigating the role of insiders in the theft.

The tiffin box, cup, saucer and spoon belonged to the family of Nizams, the rulers of erstwhile Hyderabad State and were on display along with several other personal belongings of the royal family at the museum located in Purani Haveli, one of the palaces of Nizam.

The museum showcases several personal belongings of Nizams and their family members and the gifts received by Mir Osman Ali Khan, sixth and the last Nizam from 1911 to 1948 when Hyderabad State was annexed by India.

The museum is also home to Nizam's cars including 1930 Rolls Royce, a 150-year-old manually operated lift and wardrobe of sixth Nizam, who was the richest man in the world in 1930s.

Nizam Trust, run by the Nizam's family, opened this museum in 2000 for general public and it is one of the major tourist attractions in the city.