In a later tweet where she responded to someone on Twitter, she herself says that the incident was a “personal family tragedy”. 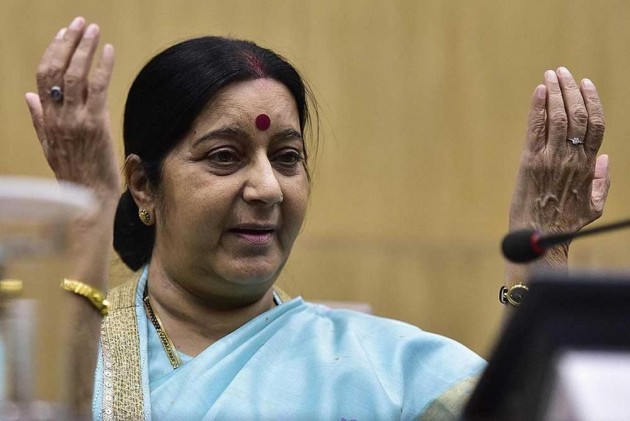 External Affairs minister Sushma Swaraj is known to be extremely helpful in reaching out to troubled Indians from across the world but the overt show of concern may have a pitfall. On March 3, a Sikh man in the US was attacked in a race-crime. He chose to remain anonymous but Swaraj put out his name and other personal details in her tweet addressed to her 7.39 million followers.

Just days after a similar incident in Kansas where an Indian engineer was killed, a 39-year-old Sikh man was shot and wounded outside his home in Kent, Washington. The attacker yelled “go back to your own country” before shooting him in the arm.

The Sikh Coalition in the US put out a press-release on their website where they clearly refer to the victim in the first line as someone “who has chosen to remain anonymous”.

On Twitter, Swaraj said that she had spoken to the family of the victim and that “He is out of danger and is recovering in a private hospital.”

I am sorry to know about the attack on Deep Rai a US national of Indian origin. I have spoken to Sardar Harpal Singh father of the victim./1

He told me that his son had a bullet injury on his arm. He is out of danger and is recovering in a private hospital. /2

That was all well and good.

In a later tweet where she responded to someone on Twitter, she herself says that the incident was a “personal family tragedy”.

Our Consulate in New York has spoken to the father of the deceased in Massachusetts. He says this is a personal family tragedy. https://t.co/6XVXcGMZTX

The Seattle Times reported the incident first, and did not mention the name of the person in question. The report mentions that the Sikh community in the area does feel threatened, and that they say that there has been a rise in incidents of verbal abuse and the like. “A kind of prejudice, a kind of xenophobia that is nothing that we’ve seen in the recent past,” says a member of the community there.

Organisations like The New York Times picked up the report, and mentioned the victim’s name only after Swaraj had tweeted out his name.

With the victim’s desire to remain anonymous, was the Union Minister a bit careless in outing his identity?

This particular incident occurred days after 32-year-old Indian engineer Srinivas Kuchibhotla was killed by 51-year old US Navy veteran Adam Purinton who yelled “get out of my country”. Indians in the US have been living in increasing fear of race-related crimes since the Donald Trump was elected President.