Did Twitter Accommodate War Mongering Amid The Din Around 280 Characters?

Twitter said that it cannot take down Trump's post about North Korea as it was 'newsworthy'. Two days later, the cycle changed. 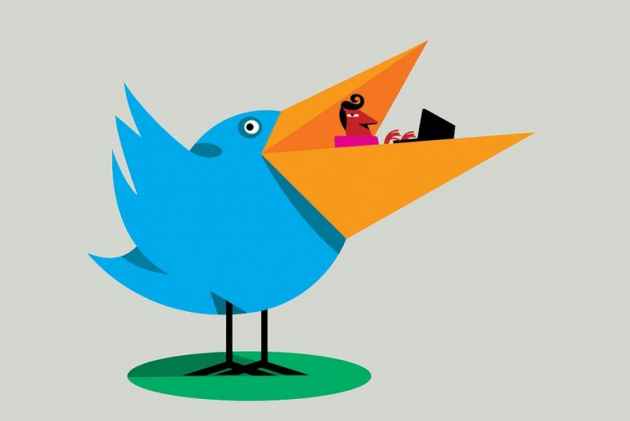 Public memory is transient in times of social media. Its creators are probably well aware of the nature of the beast.

Twitter is a perfect example. In times of constantly churning news cycles, hashtags are overrun overnight and conversation topics change.

What was interesting over this past week was how the talking point on Twitter changed within the domain of one conversation namely, its 'Terms and conditions'.

On the morning of 24th September, US President Donald Trump tweeted what many saw as war-mongering. While Trump has been known for blowing the horn too loud on a bird-call platform, this one was sure to irk many.

Just heard Foreign Minister of North Korea speak at U.N. If he echoes thoughts of Little Rocket Man, they won't be around much longer!

Trump was apparently riled by Ri-Yong Ho, the North Korean Foreign Minister, who said that after the US President's recent remarks, it was all the more 'inevitable' that the country's missiles would make a 'visit' to the US.

Two days later, Twitter responded. Quoting an NPR piece with Ho remarking that Trump's tweets were a 'clear declaration of war', it said that it cannot take the post down as it was 'newsworthy'.

THREAD: Some of you have been asking why we haven't taken down the Tweet mentioned here: https://t.co/CecwG0qHmq 1/6

While that issue could have 'blown up' in news jargon, the news cycle itself shifted less than 24 hours later, after Twitter announced that it was experimenting increasing its character-limit to 280 for select users. Memes were created, people were funny, others nostalgic, while some debated what it meant for the medium.

Also, soon, and rather ironically, news organisations started discussing matters on the lines of 'Oh, what the hell will Trump do now with 280 characters'. Chances are he may do a lot worse, but that again, is part of but besides the point.

Twitter's response that Trump's tweet was 'newsworthy' cannot be questioned really, for it was made on a public broadcasting platform of sorts and he is the President of arguably the most powerful country in the world. That said, Twitter has had a set of rules which it conveniently changed to accommodate Trump's outburst.

Saying that the company was 'committed to transparency', it said: "This has long been internal policy and we'll soon update our public-facing rules to reflect it. We need to do better on this."

However, its rules also say: On the same page, the organisation also says: 'Please note that we may need to change these rules from time to time and reserve the right to do so'.

Aside from the statement looking like the sort of terms and conditions one comes across while buying a mutual fund, the 'newsworthy' angle can still be questioned. Trump, like most world leaders including Prime Minister Modi has two accounts. The official one is @POTUS and the personal one goes by @realDonaldTrump, the one he tweeted from.

Trump has had many 'covfefe' moments in the past. On a level, it is understandable that the tweet in question is 'newsworthy', but it was not a President saying it from the official mouthpiece, which probably will have a dedicated team managing it on a minute-by-minute basis.

It was tweeted by a man who swiftly moved on to piss off NFL players the very next day, again, using the very same platform.

While Trump could be incorrigible, Twitter just changed its rules to accomodate a kind of hate speech. (Suggestion: They could have taken a screenshot of the post and pinned it on their timeline warning those that spew venom without thought.)

There have been instances of social media users with minimal followers being picked up for hateful posts, even in India. Trump communicates directly with 39.6 million users via his personal account. Also note that the post was not re-tweeted by his @POTUS account, which has 20.5 million followers.

Social networking platforms starrted being seriously considered as news sources in 2015. Twitter's rival Facebook has found an infestment of 'fake news' (another term made pop-culture by Trump) and it recently even resorted to plugging advertisements in Indian dailies warning users and readers. It has also been battling the question of if Russian ads on its platform swung elections in the US, a problem Twitter now seems to face too.

With the internet constanly evolving as a medium itself, social media is still dealing with the body-blows that have come with it. Some would say 'hate speech' is now being regularised in daily discourse.