Did You Again Wake Up To 'Good Morning' Messages? They Are Injurious To Your Phone's Health, Here's Why 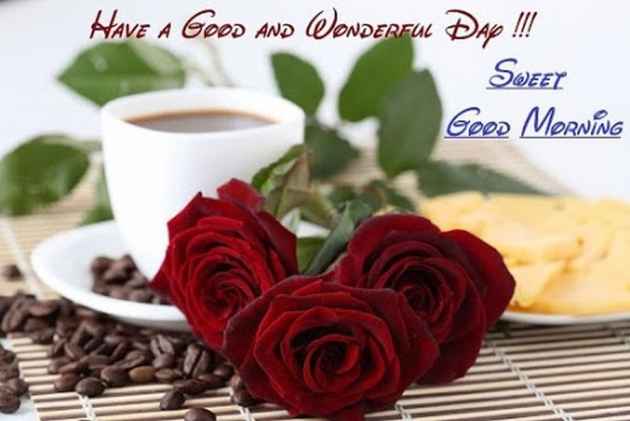 "What do you mean 'why do you send good morning messages',? a 58-year-old homemaker retorts with visible frustration.

"To stay in touch, 'she adds. 'When I wish someone a good morning, I assume it brings a smile to his or her face. At least that's the case with me. I feel happy when someone cares to greet me at the start of the day.'

There is no dearth in greeting messages by well-wishers, but is it worth the smartphone's space?

According to the WSJ report, there is a 10-fold increase in the number of Google searches for “Good Morning images” over the past five years, WhatsApp being the most popular platform to 'wish' someone.

The most accessible of all social networking apps, and the most popular, WhatsApp boasts of an incredibly loyal Indian audience with over 200 million monthly active users.

But as more and more Indians are getting hold of smartphones and joining the internet, the demand (and the supply) of pictures and posts with flowers, or a laughing toddler, or the rising sun in the background with a glittering text that proceeds some unknown motivational quote is spreading like a plague, and until December last year, there was only so much we could do about it.

“We were trying to deconstruct what is the DNA of a good morning message for months,” the WSJ quoted Josh Woodward, the Google product manager in Mountain View, Calif as saying. 'It's a very hard thing to do.'

"I think the middle aged retired people like to greet everyone every morning. In a way, I think it makes them feel occupied, or in touch with the society, albeit virtually, says a 27-year-old social media blogger.

Many are of the opinion that consistent good morning messages force them to mute the chat and sometimes important messages get drowned among the unimportant ones.

But an unassuming good morning text often brings with it a very pertinent responsibility at the receiver's end- to reply.

If the Prime Minister can rebuke his ministers for not replying to his good morning texts, so can any other citizen of the country.

At a BJP Parliamentary meet, PM Narendra Modi expressed his displeasure at the legislators not caring to acknowledge his good morning messages.

"No one ever wishes me good morning," the PM said as he addressed his lawmakers in December last year.

"I send good morning messages but apart from five or six MPs, no one responds," he said, unhappy with the apparent laxity of the supposedly diligent party workers.

Indian protocal says you cannot not reply to a good morning text. You may try, but be prepared for the follow-ups.

'I think it's a daily ritual.  My mother sends me a a picture of Lord Krishna everyday with a message 'Aaj ka din achha jaaye'. (Hope your day goes well), Good morning,' says a 25 year old Assistant Manager who lives in a different state than his mother.

'I understand the sentiment, but let's face it, it's annoying. I neither have the time, nor the willingness to reply or even download the image everyday. She thinks it makes relations better. I disagree,' he says.

But a retired govt servant living away from his six brothers seems to have a different opinion. 'Thanks to Whatsapp, I am able to connect with my family. We didn't have this opportunity five years ago. A good morning message tells them that I am here. It improves relations and brings us closer. Seems like the only way now that we are so physically apart.'

But the menace, if it can so be called, is not limited to family greeting family.

'Random broadcast messages with unsightly flowers and ugly fonts greeting me in the morning is extremely bothering. Sometimes, these are from people I never interacted with even once. People I have worked with but never known personally,' a 30-year-old businesswoman told Outlook.

'But I do wonder if it's something only Indians do'. she quips.