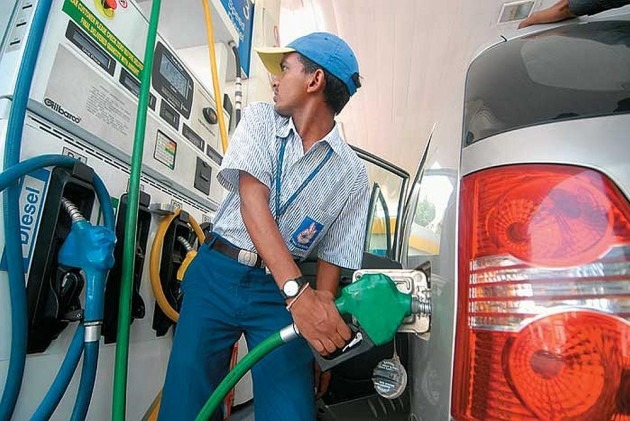 Diesel prices have touched a record high of Rs 61.74 per litre and petrol prices have crossed Rs 71 as international oil rates continue to rally.

Petrol price rose to Rs 71.18 per litre in Delhi today, the highest since August 2014, according to daily fuel price list of state-owned oil firms.

Diesel prices soared to their highest level of Rs 61.74 per litre in Delhi. It is being sold at Rs 65.74 in Mumbai, where the local sales tax or VAT rates are higher.

Prices have been on the rise since December 12, 2017. Diesel in Delhi on that day was priced at Rs 58.34, and in past one month has risen by Rs 3.4. Petrol price has during the period risen by Rs 2.09, according to oil companies.

Two the most traded benchmark crude globally have risen the most since December 2014 - Brent touched USD 70.05 a barrel last week and WTI reached USD 64.77.

The rally in oil prices has renewed calls to the government to cut excise duty to cushion burden on common man.

The BJP-led NDA government has during its tenure cut excise duty only once - by Rs 2 per litre in October 2017 when petrol price had reached Rs 70.88 per litre in Delhi and diesel was priced at Rs 59.14.

Because of the excise duty cut, diesel prices had on October 4, 2017 come down to Rs 56.89 and petrol to Rs 68.38. However, subsequent rally has wiped away all the gains and prices have touched new highs.

Last week, Oil Minister Dharmendra Pradhan had responded to questions on whether the Centre would cut excise duty on the two fuel, by asking states to first cut VAT.

"Why dont you ask state governments to reduce first," he said on January 1 responding to reporters question on excise duty cuts. "Government of India reduced excise duty (in October last year). We are appealing to states to reduce VAT."

Some state governments had followed that excise duty cut with reduction in VAT. "Why Delhi government has not reduced VAT," he asked.

Price of petrol and diesel in Delhi is the lowest in all metros.

Pradhan had said that Finance Minister Arun Jaitley has already written to the states seeking reduction in VAT.

The October 2017 excise duty cut cost the government Rs 26,000 crore in annual revenue and about Rs 13,000 crore during the remaining part of the current fiscal year that ends on March 31, 2018.

The government had between November 2014 and January 2016 raised excise duty on petrol and diesel on nine occasions to take away gains arising from plummeting global oil prices.

State-owned oil companies in June last year dumped the 15-year old practice of revising rates on 1st and 16th of every month and instead adopted a dynamic daily price revision to instantly reflect changes in cost. Rates during the first fortnight starting June 16 dropped but have been on the rise since July 4.

Since then prices are revised on daily basis. Today, price of petrol went up by 12 paisa per liter and that of diesel by 18 paisa.