Anyone who writes critically about Modi attacks Hinduism and by extension, a Hindu India. 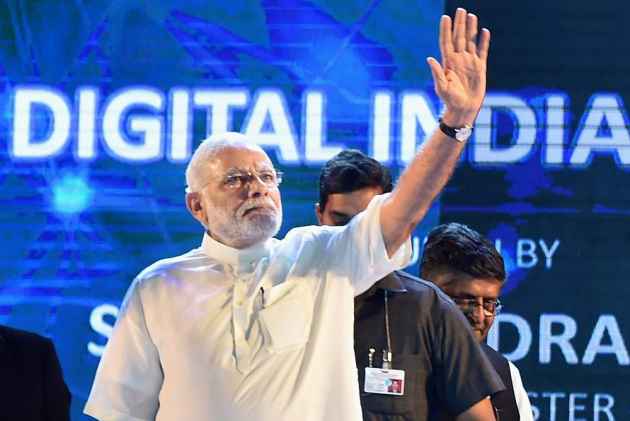 What causes anyone who offers a critique of Prime Minister Narendra Modi and the functioning of his government to be attacked by his supporters as anti-Indian and anti-Hindu? Worse, as terrorists whose efforts have been orchestrated by—take your pick—the security agencies of the United States, the Christian Church, or unnamed colonial masters?

I ask this question from a particular vantage point: I am one of over a 135 signatories of an open letter published on an academic website run by the American Association of University Professors. This letter, issued in advance of Modi’s visit to Silicon Valley, invites readers, including those who work in the tech industry, to think carefully about some urgent concerns raised in India about the digital infrastructure the government plans to build.

There is no question that such an infrastructure is crucial to the economic health of the country, but as events in the United States and elsewhere have made clear, without safeguards this digital future will erode some of the personal freedoms guaranteed by our constitution.

The letter also reminds readers of Modi’s questionable role as Chief Minister during the 2002 Gujarat Riots, and then lists a series of events that have characterized his first year as Prime Minister, events that concern educators in particular. The government has acted to constrict the performance of NGOs, particularly those who speak of environmental concerns or who are active in following up on acts of violence against poor and marginalized groups. As is clear from their writing and protests, our colleagues in Indian universities and other educational institutions are increasingly beleaguered by government policies that not only erode institutional autonomies but also endanger critical thinking, analysis and pedagogy.

And of course we all know of cases where foreign scholars who possess valid visas have been denied entry to the country; other researchers, including Persons of Indian Origin, have been deported. (Does a nation like India really have so much to fear from academic enquiry?). This growing climate of surveillance, intolerance and repression is one of the reasons why this letter asks people to think about the uncritical fanfare with which they plan to welcome Modi to Silicon Valley.

Might all our concerns be misplaced? Perhaps, but our letter stated a particular point of view that could and should have been debated. Instead of debate, what we have been subject to is a barrage of personal insults, and worse, threats. Some emails have contained risible elements: we are told that we are “Cone Heads” who suffer from an “acute case of Stockholm syndrome.” Other emails were not quite so funny; indeed some of us have chosen to report them to the police because they felt threatening. Withdraw your signatures, we were told, or else: “Failure to do this now will result in you repenting with untold suffering on your deathbed.”

Another wrote, “you will suffer the consequences of your folly, the Indian nationals in particular. Already the names of the signers of that petition are being widely disseminated through social and other media as sepoys and foreign based enemies of Mr Modi and the Modi government. . . . You may run back to your ivory towers but you can’t hide, not in this age of social media. You have exposed yourself to the wrath of a large number of people who actively support Mr Modi and his government. Be careful about signing petitions in the future, and never ever beard the lion in his cave. You have my condolences for signing that petition.”

No debate here, only intimidation and, yes, condolences, given that Modi’s supporters now have us in their sights.

All of this might be easy to set aside as evidence that the internet and email have encouraged people to write anonymously what they never have the courage to say openly. The level of invective has been so worrisome that Aaron Barlow, the Executive Editor of The Academe Blog, where our letter was published, felt the need to write a special commentary saying that he had never before seen such name-calling and even threatening responses to any published article. Is it the advent of Modi to national power that has emboldened this sort of viciousness, often camouflaged as a defense of long embattled, now muscular, Hindu power? It seems likely, given the insistence of several emails that Modi is the figurehead of Hindu revivalism, and that we are Hindus who have acted treacherously against our faith.

In this paranoid vision, anyone who writes critically about Modi attacks Hinduism and by extension, a Hindu India. A Hindu India that ought to be closed to people like us, they say, for we are saboteurs waging “war on India’s development.” So writes a well-known Hindutva-vadi commentator, who also sees us as anti-democratic because we dare question an elected Prime Minister (as if such questioning is not a fundamental right, indeed obligation, of democratic citizenship). Not surprisingly, his comments are a prelude to a more sinister threat: “it is always worth remembering the names of all those who are ready to subvert India.”

This combination of pusillanimous name-calling and blacklisting, so representative of the bullying and violence of our new political dispensation, is meant to cow us down. However, it has the opposite effect, for it teaches us that we are on the side of all those who combat, in their daily lives and pedagogy, the shrinkage of open debate and dissent in India today.

Suvir Kaul is A. M. Rosenthal Professor, Department of English, University of Pennsylvania