Amid all the controversies surrounding him, Justice Dipak Misra gave numerous judgements, especially towards the end of his term. 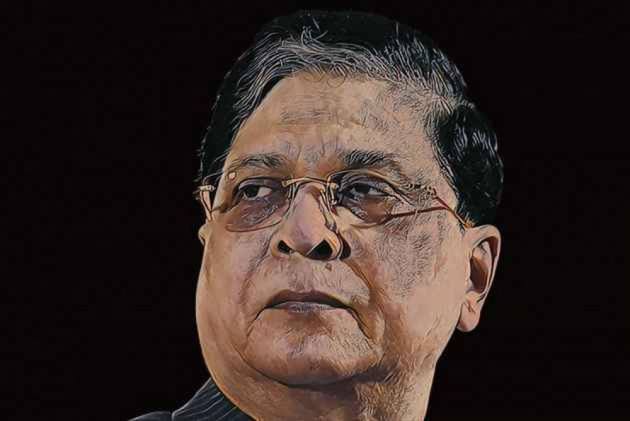 Justice Dipak Misra, who will retire as CJI on Tuesday, will be remembered in the Indian judicial history as perhaps the only head of the top court who saw rebellion by four of his senior most colleagues.

Another incident that stands out during his tenure is an unsuccessful impeachment motion against him in a move led by senior lawyer and Congress leader Kapil Sibal.

His term of 13 months and five days as the Chief Justice of India was perhaps the most turbulent for any Chief Justice, which saw his brother Judges and some from the Bar openly questioning his style of functioning in allocation of cases/matters to different benches and listing Constitution Bench matters before a bench of Judges who were relatively newcomers to the top court.

The Chief And His Court

The Court And The Government

Amid all this, the Chief Justice gave numerous judgements, especially towards the end of his term, which will continue to have ramifications on jurisprudence and law in the country for years to come.

Here are some of Justice Dipak Misra's most important judgements as Chief Justice of India.

One of the most progressive judgements to have come out of Indian courts in recent years, its reverberations were felt all over the world when it made global headlines.

A five-judge Constitution bench of the Supreme Court on September 6, unanimously decriminalised part of the 158-year-old colonial law under Section 377 of the Indian Penal Code (IPC) which criminalises homosexuality.

The Constitution bench headed by Chief Justice Dipak Misra termed the part of Section 377 of the Indian Penal Code which crimiminalises unnatural sex as irrational, indefensible and manifestly arbitrary.

The Aadhaar verdict was perhaps the most awaited judgements of the year with regard to constitutional law, simply because the scheme was so entrenched in the executive's governance structure that the 12 digit ID number virtually becoming an indispensable document for anyone in India.

The Supreme Court on September 26 declared the Centre's flagship Aadhaar scheme as constitutionally valid but struck down some of its provisions including its linking with bank accounts, mobile phones and school admissions.

A five-judge constitution bench headed by Chief Justice Dipak Misra held that while Aadhaar would remain mandatory for filing of IT returns and allotment of Permanent Account Number (PAN), it would not be mandatory to link Aadhaar to bank accounts and telecom service providers cannot seek its linking for mobile connections.

Furthering the cause of gender justice and correcting religious practices that seek to discriminate among individuals based on archaic laws, the Sabarimala judgement was a historic moment in Indian judicial history.

In a landmark verdict, the Supreme Court on September 28  lifted a ban that prevented women and girls between the age of 10 and 50 from entering the famous Sabarimala temple in Kerala, holding this centuries-old Hindu religious practice is illegal and unconstitutional.

The Chief Justice Dipak Misra-headed Constitution bench in a 4-1 verdict held that the existing ban is gender discrimination and the practice violates rights of Hindu women.

After decriminalising homosexuality, declaring penal provision for adultery as unconstitutional was the next step by the Supreme Court in giving a liberal nudge to personal laws in India.

The Supreme Court on September 27 declared as unconstitutional the penal provision on adultery.

The CJI, who wrote the judgement for himself and Justice A M Khanwilkar, said that equality is the governing parameter of the Constitution.

Chief Justice Dipak Misra and Justices A M Khanwilkar and R F Nariman held that Section 497 of the Indian Penal Code dealing with the offence of adultery is unconstitutional.

Live streaming of court proceedings in the interest of transparency and education of common masses and students of the legal field was another important decision that Justice Dipak Musra was associated with.

The Supreme Court on 26 September upheld the plea for live streaming of its proceedings.

A pilot project will start with a telecast of proceedings of the Chief Justice Court.

On April 19 , the Supreme Court dismissed pleas seeking an independent probe into the death of Judge Loya, saying attempts were made to scandalise and malign the judiciary by levelling serious allegations against judicial officers and judges of Bombay HC.

Loya, who was hearing the high-profile Sohrabuddin Sheikh fake-encounter case, had allegedly died of cardiac arrest in Nagpur on December 1, 2014 when he had gone to attend the wedding of a colleague's daughter.

It was one of the cases cited by the 'rebel' judges in their press conference, where they raised objections over the functioning of the court.

The arrest of five activists from different cities by Pune police had created a political storm across the country. Once again, the matter came to the doors of the apex court, with Dipak Misra leading the bench.

The Supreme Court on 28 September refused to interfere in the arrest of five rights activists in connection with Bhima-Koregaon violence case and declined to appoint a SIT for a probe into their arrest.

The court said protection of house arrest shall remain in force for four weeks to enable accused to seek legal remedy.

The three-judge bench headed by Chief Justice Dipak Misra, in a 2:1 verdict, refused the plea seeking the immediate release of the activists.