"We have to construct drains and buildings to account for the spells of very heavy rain. We cannot just compare one country with another using average rainfall data," says Reddy. 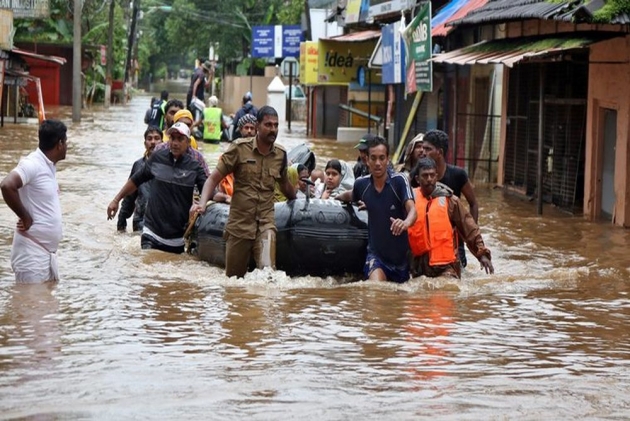 Lack of coordination between government departments and agencies is one of the main reasons for India’s poor disaster preparedness, says the NDMA’s former vice-chairperson M Shashidhar Reddy in an interview with Pragya Singh.

Has the nature of disasters changed in recent decades?

Disasters have not changed; the frequency and intensity of some disasters have increased. Uttarakhand, Kerala and city floods show a spurt in high-intensity, short-duration weather events. Climate change and urban flooding are also related phenomena. The average rainfall over a state of India may be the same as in say London or England, but the number of days of very heavy rainfall could be very few in India. Accordingly, we have to construct drains and buildings to account for the spells of very heavy rain. We cannot just compare one country with another using average rainfall data.

If the Disaster Management Act is followed would disasters be less calamitous?

We have been able to control lives lost in disasters; 23 perished during Cyclone Phailin in Odisha in 2013 whereas the previous cyclone took 15000 lives. International agencies had predicted that the same would happen in Phailin but it was averted. But damage to property we are far from controlling.

Does resource crunch contribute to the problem?

No. The problem is that few adhere to earthquake-resistant building codes, fire codes etc. Another challenge is finding architects and builders who stick to codes.

Coming to forecasting of flood events...

The motto of the National Disaster Management Authority is to take a “holistic” view of such events. They need to go beyond the rescue and relief mindset to this. Preparatory measures are essential. People should know what they have to do the moment a disaster occurs. This task is beset with problems of coordination between departments. The Central Water Commission does hydrological studies of dams based on meteorological data. States are responsible for release of dammed water but don’t take suitable action. Rivers and water bodies are interconnected—Husain Sagar fills up even if there’s no rain in Hyderabad but it has rained in Narasapur, 80 km away. This is how catchment areas work. Even Kerala flood is spilling into Karnataka now...it’s the same logic. If states tracked rainfall effectively, and got IMD updates, they wouldn’t have to panic and release dam water suddenly. Ahmedabad Corporation set up radars in the Sabarmati catchment to predict water levels to tackle floods. They had experienced heavy flooding in the past and one factor was release of water from dams upstream during rains in upper areas. Now they have decided to set up the radar system so that they know in advance when reservoir water should be released.

From Kerala reports came that the authorities were asking people to evacuate but the public didn’t comply.

If people are unwilling to evacuate they can be forced to leave, because this is about saving their lives. There was a similar situation in Phailin but the stringent provisions of the Disaster Management law (section 6) was cited and people were made to evacuate. The idea of NDMA was a long pending demand since we had been hit by big disaster events. Finally 26 December 2004acted as a catalyst because 16000 lives were lost.

What can states and NDMA do now?

Disaster management isn’t just rescue and relief but controlling disaster cycles before they occur. NDMA must inform agencies how to act, take preparatory measures, train people. States must build cyclone and rain shelters, purchase equipment, set up a chain of command down to the panchayats…

India has borrowed from international laws on disaster management. Are these not effective?

NDMA members had Minister of State rank and the vice-chairperson had Cabinet rank until 2014. This was necessary because disaster management needs executive support and authority. Disasters have to be managed at the level of chief ministers. As NDMA v-c, I met West Bengal CM Buddhadeb Bhattacharya, Narendra Modi (then CM, Gujarat), Nitish Kumar, Bihar CM... This government reduced the status of NDMA officials, due to turf war, and lowered its effectiveness.

How should disaster management be made more effective?

The World Meteorological Organisation emphasizes on coordination between agencies we don’t do in India. Normally NDMA Act requires state arms be headed by chief ministers. But states appoint revenue ministers as V-Cs. We need dedicated persons at the helm in states and permanent setups. There needs to be sustained effort but I learned that the home ministry was somehow getting uneasy about the powers given to NDMA members and v-c...that is one reason why our NDMA and states are not geared up for preparation, mitigation and prevention of disasters. It has become a routine thing to wake up only after something happens. We wake up to save lives but the misery caused to people living in relief camps and so on, is never accounted for.