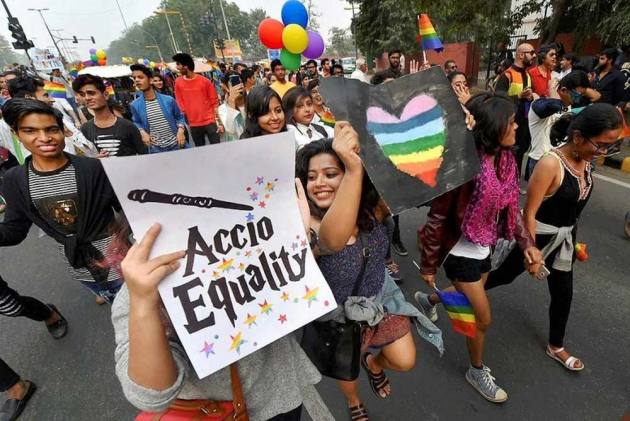 In a landmark judgement after months of deliberation, the Supreme Court on Thursday read down Section 377 of the Indian Penal Code (IPC), thus decriminalising consensual gay sex.

A five-judge Constitution bench, headed by Chief Justice Dipak Misra, had concluded hearings on the contentious issue in favour of the LGBT (lesbian, gay, bisexual, and transgender) Community.

READ MORE: Explained: What Is Section 377 Of The IPC

Reading out an unanimous verdict, Misra said that, "LGBT Community has same rights as of any ordinary citizen. Respect for each others rights, and others are supreme humanity. Criminalising gay sex is irrational and indefensible.

The top court, however, said that other aspects of Section 377 dealing with unnatural sex with animals and children remain in force. Any kind of sexual activity with animals shall remain penal offence under Section 377 of the IPC.

Section 377, the 158-year-old criminal code, is one of the many colonial-era laws besides Section 124A (Sedition law), Section 295A (Blasphemy law), etc. Imposed in 1860 by the British, it criminalises certain sexual acts as "unnatural offences" that are punishable by a 10-year jail term.

Here are top quotes from the  Supreme Court verdict on Section 377 of the IPC:

- Section 377 of IPC was weapon to harass members of LGBT community, resulting in discrimination.

- Denial of self expression is akin to inviting death.

- Courts must protect dignity of an individual as right to live with dignity is recognised as fundamental right.

- Any discrimination on sexual orientation is violative of fundamental rights.

- So far as consensual unnatural sexual act in private is concerned, it is neither harmful nor contagious to society.

- Government, media must give wider publicity to SC judgement so that LGBTQ community doesn't face discrimination.

- Constitution nurtures dissent as safety valve of society, we can't change history but can pass way for better future.

- Due to Sec 377 LGBT members forced to live in hiding and as 2nd class citizens while others enjoy right of sexual orientation.

- Society cannot dictate sexual relationship between consenting adults as it a private affair.

- Homosexuality is not a mental disorder. It is a completely natural condition.