The RSDTS being developed indigenously allows the same core software to be utilised for creating different combinations of rolling stock, signalling and line profiles, by merely changing the input data files, along with minor hardware changes in the driving desk, if so required. 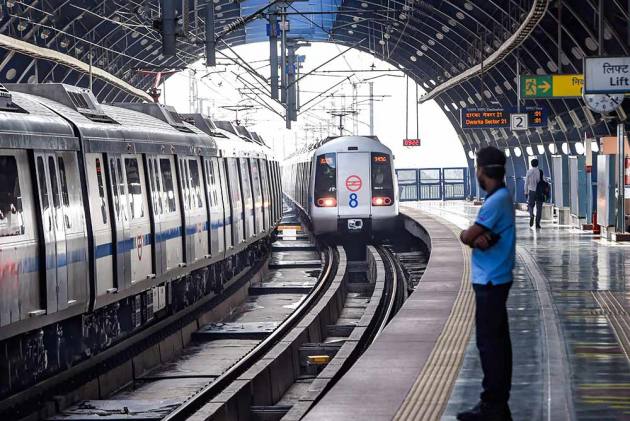 On Monday, the Delhi Metro took a major step towards the indigenisation of technologies involved in operating the network by launching the first prototype of an indigenous Rolling Stock Driver Training System (RSDTS),  officials said.

The Delhi Metro Rail Corporation, in association with the Bharat Electronics Limited (BEL), also demonstrated the functioning of a Super Supervisory Control and Data Acquisition (SCADA) system, which is being developed as a monitoring system for equipment and assets to "rationalise maintenance periodicity, manpower requirement and spares management," the DMRC said.

Union Ministry of Housing and Urban Affairs secretary and DMRC chairman Durga Shanker Mishra launched the RSDTS and also witnessed a demonstration of the Super-SCADA system in the presence of DMRC MD Mangu Singh and other senior officials of the DMRC and the BEL, the Delhi Metro said in a statement.

In pursuance of the Government of India's 'Make in India' initiative, the DMRC and the BEL had signed an MoU in September last year with the objective to develop the RSDTS that will be useful for training drivers of metro and railway trains. This system will also be used for evaluating the driving skills of a working train operator, which is done periodically for safety considerations, it said. This will be the first indigenously developed universal train driving simulator that can be suitably modified for any metro system or railways, the Delhi Metro said.

So far, this product was being imported by the DMRC from foreign original equipment manufacturers (OEM) at a high cost. Also, the designs available with the DMRC so far are suitable for use with a single type of rolling stock and signalling and line profiles envisaged at the design stage. It is difficult and cost prohibitive to make any changes at a later date, the officials said.

The RSDTS being developed indigenously allows the same core software to be utilised for creating different combinations of rolling stock, signalling and line profiles, by merely changing the input data files, along with minor hardware changes in the driving desk, if so required. This will enhance the flexibility of the training system and result in major cost saving for the DMRC, the statement said.

The training system will have "far superior features" than those available today. It will be scalable to meet future requirements. This product will have utility in other metros and railways. Since the majority of metro organisations wish to outsource train driving activity, easy availability of driving simulators will help create a large pool of skilled manpower that may even feed the global requirement, it added.

The DMRC also has an ambitious plan to go digital for all its maintenance needs. The work on the Super-SCADA system is an important step in this regard. At present, several stand-alone solutions are already available at the equipment and system levels, the officials said. However, the DMRC desires to integrate all of them through a digital platform. This will result in high uptime of systems and low maintenance cost. With this aim, the DMRC had signed another MoU with the BEL in June this year for indigenous development of Super-SCADA, the statement said.

At present, three systems, namely automatic fare collection (AFC), lifts and escalators, and wheel monitoring system of rolling stock have been covered in Phase-1 of the development of the Super-SCADA, officials said.

As part of this initiative, a decision support system for various levels of management is being developed, besides transition towards a predictive maintenance regime from the conventional periodic maintenance regime using artificial intelligence and machine learning, the statement said.