With the national capital battling high pollution levels, the Delhi Metro has planned to install more anti-smog guns at its project sites, officials said on Sunday. 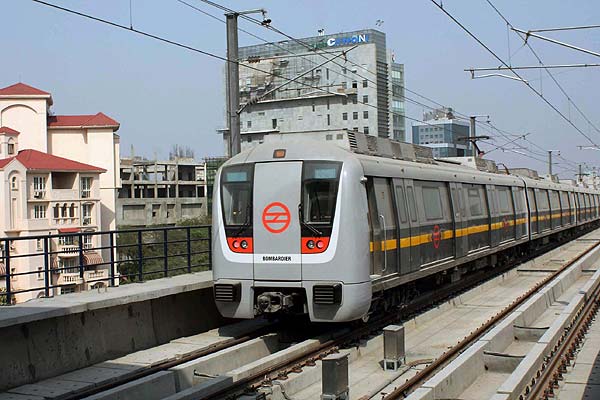 As part of the various measures adopted to combat pollution at its construction sites, the Delhi Metro Rail Corporation (DMRC) has already pressed into service 14 anti-smog guns which throw fine mist at regular intervals to check dust pollution emanating from construction work.

These anti-smog guns (ASGs) were installed over a period of time in the past. Construction activities have been halted at the moment in the national capital as per instruction of authorities in view of the increasing level of pollution in Delhi and neighbouring cities.

"Currently, all construction work apart from those which are non-polluting in nature have been stopped in compliance with relevant directions," said Anuj Dayal, Executive Director, Corporate Communication, DMRC.

"While, the DMRC is ensuring complete compliance to all the pollution-related instructions being issued from time to time, these mist guns have been installed as a permanent measure to combat pollution and are employed at the sites round the year," he said.

"Even when construction work is not going on, mist guns prevent the loose soil or earth stored at construction sites from being air-borne thus reducing air pollution," he added.

In a separate statement issued on Sunday, the DMRC said, "Currently, as part of its Ph-IV corridors, as well as some other construction projects, 12 civil contracts are operational across the national capital. These state-of-the-art ASGs are capable of spraying fine mist up to 70 to 100 m. One ASG is considered adequate for covering an area up to 20,000 sqm."

It is ensured that the water used for sprinkling are free from coliforms, viruses and bacteria. High quality nozzles with droplet sizes of 10 to 50 micro m are used for greater impact, it said.

"With the gradual expansion of construction work in future, more such ASGs shall be introduced at the sites in the days ahead, as needed. DMRC's environment department is conducting regular inspections to ensure that the ASGs are regularly used at the sites by the contractors," a senior official said.

Traditionally, ASGs have been used at coal and cement manufacturing sites across the world. In November, 2016, the DMRC became possibly the first construction company in the National Capital Region to use ASGs at its sites as a pilot project, the statement said.

Based on the feedback received from the initial use of ASGs at the sites, their use was made "mandatory in the conditions of contract for civil contractors in DMRC's fourth phase of expansion," it added.

Now, the Delhi government has also made the use of ASGs mandatory for all construction agencies in the national capital as a tool to combat pollution. Detailed guidelines regarding the use of water droplets, nozzles etc have also been issued in this regard, the DMRC said.

The entire northern part of India especially the National Capital Region (NCR) grapples with severe pollution during the months of October to December. Apart from the regular use of ASGs, the DMRC takes a number of other measures to minimise the impact of pollution emanating from its sites, officials said.

"To make it more effective daily barricade cleaning and toe dust cleaning is carried out. All construction materials are properly covered with tarpaulin and other materials. Wheels of vehicles leaving the sites are properly cleaned so that they do not spread dust or mud on the streets. The materials carried by them are also adequately covered," the statement said.

Medical care facilities are also available for workers who are involved in the loading and unloading work of such materials. The DMRC accords the highest priority to the issue of protection of the environment as an integral part of its work culture, it added.