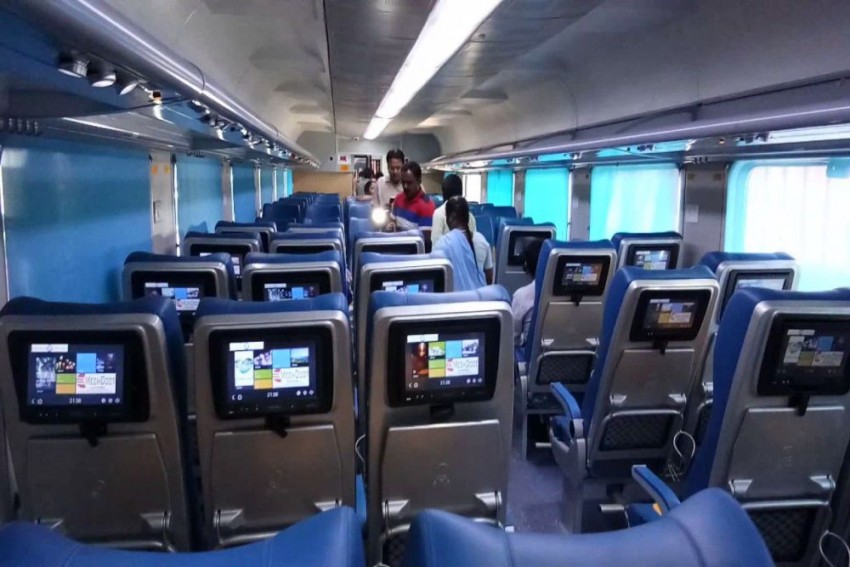 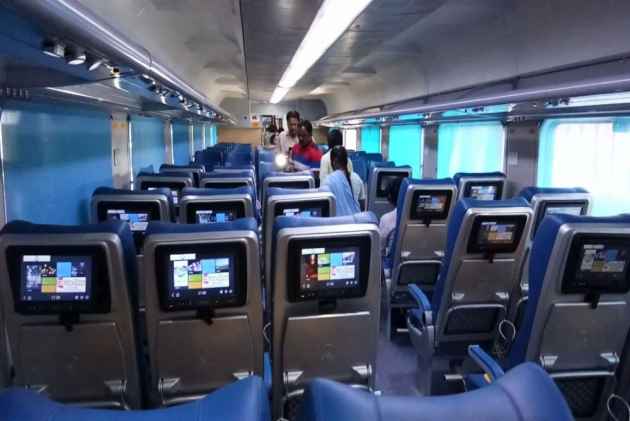 outlookindia.com
2018-03-14T17:48:06+05:30
On May 22, 2017, then Union railway minister Suresh Prabhu's hi-tech railway dream Tejas Express, India's first semi-high speed full air-conditioned train fleet featuring newer modern on-board facilities and automatic doors, flagged off from Chatrapati Shivaji Terminus in Mumbai.
Less than a year, the Indian railways has decided to remove the infotainment LCD devices from coaches of the premium train. Besides, the gadgets will be removed from the recently introduced swanky Anubhuti coaches on the Mumbai-Ahmedabad Shatabdi Express, reported  Hindustan Times.
Reason: The railways is fed up of passengers damaging the devices. It was found that LCD screens were damaged, wires broken, headphones stolen and power switches removed. The railways cited these reasons for discontinuing the on-board infotainment service.
On February 7, the railway ministry issued a circular to all zonal railways after receiving complaints on back-mounted infotainment screens on coaches. “The matter was examined in Railway Board and following instructions are issued. Individual seat-mounted infotainment system to be discontinued in the existing coaches as well as the new manufacture,” said the circular, added the HT report.
With a speed of 200 kmph, Tejas Express was launched amidst much fanfare. This semi-luxurious train was flagged off to Goa from Chatrapati Shivaji Terminus, Mumbai and returned from its trip on May 23. It was hailed as “aeroplane running on the ground” is equipped with modern amenities like LCDs, WiFi, tea and coffee-vending machines, CCTVs, bio toilets and touch-less taps and runs at the speed of 200 kmph.
Interestingly a week after the launch, Outlook carried a story – “Tejas Passengers Steal Headphones, Dirty Coach: Do Indians Deserve World-Class Service?” – highlighting how railway authorities were concerned about the reports of misuse of devices inside the train.
Just a few days after Tejas Express’ launch, it was reported that the railway authorities had reported that at least 337 headphones were stolen, many LED screens were scratched, attempts were made to yank off the screen and litter spilled over compartments.
The situation is such that the Indian Railway Catering and Tourism Corporation (IRCTC) had to replace the existing Rs 200 worth headphones with a cheaper version costing Rs 30.
For in-depth, objective and more importantly balanced journalism, Click here to subscribe to Outlook Magazine

Sena Blames Naresh Agrawal's Induction In BJP For Reverses In UP