Do Not Play With Fire 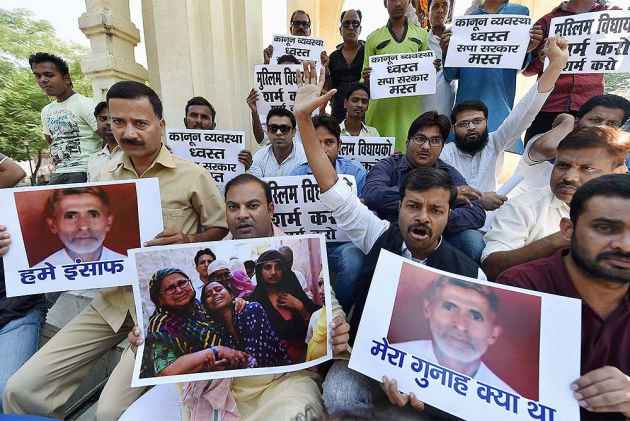 The recent Vedic Sanskrit conference held at the University of Delhi shows a deliberate effort being made by the BJP government to create a divisive strategy. No, I have nothing against Sanskrit. I my self had taken it in my intermediate class as one of the choice subjects. But to be frank, it was more because it is a scoring subject than out of any foolish boastful claim of the supremacy amongst the languages. Each language has a claim of its own and area and philosophy. Languages which are in daily use are the ones that need to be promoted. Learning of classical languages like Sanskrit. Persian, Arabic (in India) can only be the specialties — in day to day administration and education Hindi, Urdu and State languages are the only practical alternatives.

But there are deliberate efforts to claim artificial superiority. The divisive remarks of Dina Nath Batra, the convener of RSS backed Shiksha Bachao Andolan Samiti who is writing moral science text books for BJP Government in Haryana has the effrontery to declare that while Ramayana and Mahabharat are history and should be taught in Schools, Quran and Bible are not. Can anything be more provocative and a certain recipe for spreading communal tension?

The Home Minister Rajnath Singh while having succeeded in creating an unseemly controversy over Nehru Library and the contrived resignation of its Director Mahesh Ranganathan entered Nehru Library triumphantly accompanied by other stalwarts of BJP, and said that there should be full debate on all subjects and highlighted BJP leader Deen Dayal Upadhyay's "Integral Humanism". The suggestion is welcome, though the attitude is divisive. But then this debate should be open to all the views. In praising Upadhyay BJP liberally refers to his association with Dr. Lohia. If so, it is only fair that the President of the Socialist Party (India), the followers of Jayaprakash Narayan and Dr. Lohia, should be associated with it. It appears also that Indian Council of Historical Research has decided on a project to map the country's scientific achievements starting from the Vedic times to 18th Century. To give authenticity to this project, amongst others, the inclusion of Romila Thapar and Irfan Habib the senior- most Historians of India and some of the top intellectuals of the country like Mr. T.K. Oomen Emeritus Professor of Sociology (JNU) and former President of International Sociological Association is a must as it will lend credence to the study.

Meanwhile, will the Ministry of Education look into the enormity of the slavish mentality impact of old British regime in continuing the old university syllabus? While universities may legitimately have course studies on Machiavelli, how is it that there is no course study of Chanakya who by all standards was one of the highest political strategists of his time?

Also caste system is the most talked about subject in national debates and the politics in our country is often driven by it. And yet Dr. Ram Manohar Lohia, the Socialist leader's treatise and writings on caste system in its various dimensions is not even a recommended study, while in fact on merit it should be a compulsory paper in the study of sociology, politics.

The rabid communal behavior of BJP leadership is encouraging the local satraps to spread communal poison by viciously highlighting its demand on the ban on Beef. Provocative statements are being made to malign Muslims on this irrelevant topic of one's eating habits.

An anti- Muslim atmosphere is being created, the effects of which are evident in the recent tragic happenings at Bidsa village, Dadri where a BJP and RSS led mob killed a Muslim on the allegation that he had beef in his house. This is nothing short of murder. In a democracy eating habits of the people can not be determined by state machinery.

Is it not tragically farcical that a Muslim should be killed over false allegations of keeping a small piece of beef at home in Dadri, UP, while ironically, among Indian states, Uttar Pradesh  has emerged as the biggest exporter of buffalo meat? UP also has the highest number of abattoirs-cum-meat processing export units. The state has 317 registered slaughterhouses and, in addition, 24 export-oriented units for buffalo meat. Of the total Indian carabeef exports, 67% originates from this state.

The legal position has been settled by the Supreme Court since 1959 which has held; "A total ban [on cattle slaughter] was not permissible if, under economic conditions, keeping useless bull or bullock be a burden on the society and therefore not in the public interest".

Such a ban according to reliable estimate has the potential to pull down India's annual GDP growth rate by about 2 per cent.

Another study by Abusaleh Shariff [an economist who is currently working at the US-India Policy Institute, Washington DC] between April-November 2014, the sale of bovine meat and meat products was worth $3.3 billion compared to $2.8 billion in the same period the previous year, registering a 16.7 per cent increase. It is useful to understand the above amounts in the context of Indian's annual trade deficit. For April 2014 - March 2015, the deficit was estimated at $137 billion, which was higher than the deficit of $134 billion the previous financial year.

More sinister is the false propaganda by RSS and VHP goons against the Muslims considering that the monetary benefits of trade in beef is being almost exclusively enjoyed by Hindu. It may be noted that the overwhelming export is that of buffalo meat which is also known as beef. Thus a study by ummid.com. has found that; "Muslims are earning just a peanut as against the general perception about the trade, and it is actually the government and non-Muslims who are benefiting the most from about 4.5 billion US dollar animal slaughter business."

Its further finding is that; "Except for direct consumption, where also Muslims and non-Muslims both are at par in terms of taking beef, in rest all associated business including meat export, bone crushing and powder industry, leather industry, horn processing industry, blood processing, animal fat and soap industry, except for few exceptions, each one is dominated entirely by non-Muslims".