Does Dropping Faiz Ahmed Faiz’s Daughter From Delhi Event Prove The Legendary Poet Was Right About Our Independence? 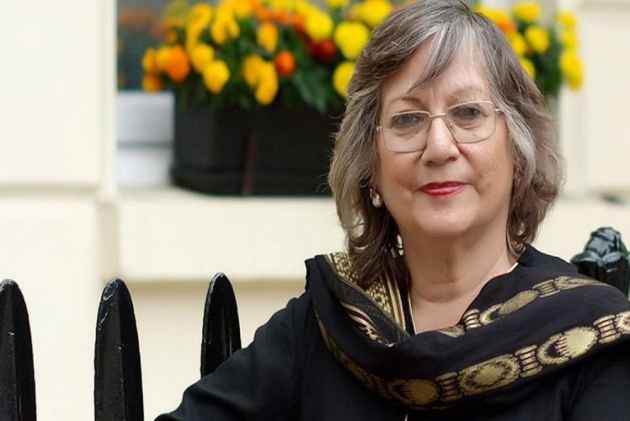 Dropping Faiz Ahmed Faiz’s daughter from an event in Delhi has thrown up questions about whether the legendary Pakistani poet was right about our independence.

Noted Indian poet and the former Secretary of Sahitya Akademi, K. Satchidanandan told Outlook that Faiz himself was a “victim of the hate culture.” “ It has reached such a level that anybody coming from Pakistan nowadays are being considered an enemy”.

"Faiz was against both Islamic and Hindu capitalism. He was a true socialist," said Satchidanandan. He added that Faiz stood against the Partition, "He wanted a united India, he himself had suffered due to the partition which provoked him to write against the communalism in India.In one word Faiz was against the hate culture that was rising between India and Pakistan at the time of the Partition."

Commenting on the issue, ex-union minister Mani Shankar Aiyar, who has also served as a diplomat in Pakistan, told Outlook: “It just shows that Faiz’s poem on the day of our independence that it’s a kind of leprous dawn is proving absolutely right.  It's not the freedom that we sought.”

Faiz, in his iconic Subh-e Azadi (Dawn of Freedom), the poem written in August 1947, had compared the Independence with a leprous daybreak.

This is not that long-looked-for break of day,
Not that clear dawn in quest of which those comrades
Set out, believing that in heaven's wide void,” wrote Faiz in his poem Dawn of Freedom, as translated by  V.G. Kiernan.

Best remembered for his poem 'Bol ke lab azaad hain tere (Speak, for your lips are free),' Faiz had never proffered an opinion about Partition per se but, his editorials in The Pakistan Times from 1947 make clear what he thought of the communal bloodshed. At one point, he wrote, "The Muslims have got their Pakistan, the Hindus, and Sikhs their divided Punjab and Bengal, but I have yet to meet a person, Muslim, Hindu or Sikh who feels enthusiastic about the future. I can't think of any country whose people felt so miserable on the eve of freedom and liberation."

"This is typical of the callousness with which the government is teaching all Pakistani nationals irrespective of their antecedents and irrespective of the purposes for which they come to India," Aiyar told Outlook. “Why Issue her a VISA if you are not going to allow her to participate in the conference to which she has been invited?"

"It’s a kind of thing happening all the time and there are many ordinary Pakistanis who are having to pay the price imposed on them by the Modi government," said Aiyar, adding, "It's certainly not a unique case. It is because she is Faiz Ahmed Faiz's daughter that the issue has come up prominently. They are teaching all Pakistanis like this except those who are terminally ill, who are given special permission, everyone else has been blocked from coming here."

Faiz's daughter-- Moneeza Hashmi, 72, on Monday had claimed that Indian authorities denied her entry into a media summit in New Delhi where she was invited as a speaker. An eminent Pakistani television and media personality, she was scheduled to speak on the inaugural day, May 10, of the Asia Media Summit in New Delhi.

In what is understood to be a last-minute change, Hashmi's name was missing from the final list of speakers released by the government the evening before the inaugural session. The Ministry of Information and Broadcasting were the co-hosts for the summit along with Asia Pacific Institute for Broadcasting Development (AIBD). The I&B ministry said it was "not aware" of Hashmi's participation, or of the withdrawal of her name from the event.

Hashmi's son Ali Hashmi, in a tweet tagged PM Narendra Modi and foreign minister Sushma Swaraj, said, "This is your Shining India? My 72-year-old mother, daughter of Faiz, denied permission to participate in conference after being invited. Shame."

The reports also added that Hashmi had to book another hotel for her stay in Delhi as the organisers informed her that her name was also removed from the guests for whom rooms were booked. According to reports, Hashmi left India for Lahore on Sunday itself after she was barred from attending the summit.

"I was invited by the Asia-Pacific Institute of Broadcasting Development (ABID) but the Indian authorities stopped me from attending the summit in New Delhi," she told reporters, adding, “I was to speak (on) 'Should All Good Stories be Commercially Successful' along with three other speakers in the summit but I was refused entry."

Muneeza Hashmi is a peace advocate promoting the legacy of her father. She was the first woman in Pakistan television for a long while. She was also instrumental in clearing the obstacles for the promotion of women in the Pakistan media in to the higher levels of management.

This is not the first time that such an incident has taken place. Faiz’s daughters – Moneeza and Salima Hashmi – had faced such a snub in the recent past as well.

In February 2018, both were invited for an event in Lucknow to celebrate Faiz’s birth anniversary on February 11. “Only Salima got the visa, which came two days before the event making it impossible for her to come. One needs to ask why this government is humiliating Faiz’s descendants like this,” General Secretary of the Nationalist Congress Party and author of ‘Celebrating Faiz’, DP Tripathi had said.