Does Going Back On Marriage Promise After Consensual Sex Amount To Rape? 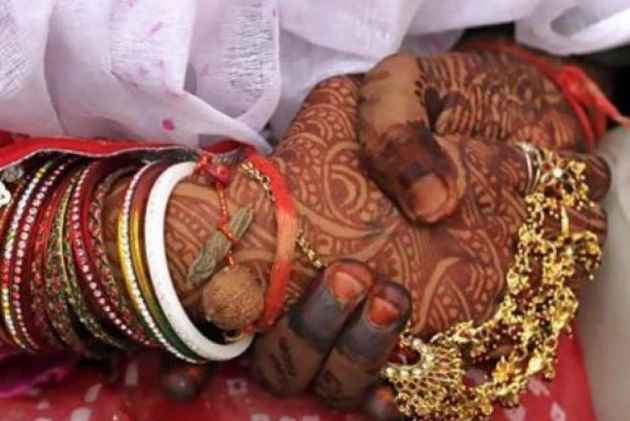 If the promise of marriage is breached, can sex between two consenting adults, in retrospective, be called rape?

This question has been spotlighted after senior Mathrubhumi journalist Amal Vishnudas was arrested last week following a complaint by a female colleague who alleged that the anchor had sexually exploited her under the pretext of marriage. A case under Section 375 (rape), 377 (unnatural offences) and 506 (criminal intimidation) of Indian Penal Code was registered against him. His arrest has triggered a social media debate on whether it is fair to call it a ‘rape’ under the given circumstances.

In India, where talking about sex in a public space is still considered a taboo and a considerable number of cases go unreported, a few instances like these again puts the glare on the very grey area of—rape under the false promise of marriages. How and where, in such cases, do we draw a line between consensual sex and rape? Would it be called rape if a man goes back on his promise succumbing to the social pressure or change of heart? And if he goes back on his promise at a later stage, would that fall under rape or cheating?

Depending on whatever reason, if a man backpedals on his promise, women end up being the victims, says Mumbai-based senior lawyer-activist Flavia Agnes. “What do the woman who was lured into a sexual relationship on the sole promise of a future with the man do if the later dumps her after she gets pregnant?” asks Agnes who believes that the women are the biggest sufferers in a patriarchal society. Women are often ostracized for bringing ‘dishonor to the family’ and go through various societal pressures, why should the man be allowed to walk scot-free? she asks.

The Indian Penal Code, under the Section 375(4) states that a man is said to have committed rape if he has sexual intercourse with a woman “with her consent, when the man knows that he is not her husband, and that her consent is given because she believes that he is another man to whom she is or believes herself to be lawfully married.” The accused, if proven guilty, can face a punishment of minimum 7 years in jail.

However, the intent of the accused, if comes out to be foul during the trial, nullifies the consent. “If the consent was voluntary at any point in time, even under the pretext of any kind of promise made, it would only be called cheating, not rape. It would fall under the category of rape only if the accused had malafide intentions since the beginning of the affair,” notes Delhi High Court Advocate R.H.A. Sikander.

The class, caste and society are largely responsible and complicate such cases further, leaving no other option for the victim but to take a legal recourse. The Indian social fabric is such that women, in most of the cases, get into a relationship with their partners only after the assurance of marriage, argues Agnes.

“Law has to be creative that way. We are not looking only at urban spaces like Delhi and Mumbai. Such complaints are coming from all parts of the country including the regressive ones. There has to be a rape law with civil provisions in such cases. The person, if found guilty should at least be liable to pay the damages,” Agnes adds.

In the capital also, such cases are prevalent. Not just marriage promises, complainants lodge FIR under various circumstances— a raise or promotion at the work place is another one.

Many experts consider false accusations, though very few, as a tool to “settle the score” or “satisfy the egos” when the gradual change of events do not suit their purpose. This, they feel, is trivializing and diluting the seriousness of a grave crime that rape is.

“This can certainly be termed as misuse of rape law. How else do you read this?” asks Delhi-based  documentary filmmaker-activist Deepika Narayan Bharadwaj who says that she often come across such bone-chilling incidents that can make for a crime-thriller’s plot.

“Intention in a relationship is the most important thing. Though very few, false allegations whether made out of frustration or with the feeling to take revenge is leading to a flippant reading of the amended rape law,” she adds.

According to NCRB data, a total of 32,443 rape cases were reported in India in 2015. This number excludes custodial gang rape and custodial rape. Of these, 2,303 cases of rape and 318 cases of gang rape were found false by police following investigation. Five hundred more cases were concluded as ‘mistake of fact or law’. While charge sheet rate in rape cases stood at 96.1 per cent in 2015, conviction rate was 29.4 per cent. In a recent judgment by Delhi High Court, Justice Pratibha Rani observed that on several occasions, when the relationship breaks up due to some reason, the women use the law as a weapon for “vengeance” and “personal vendetta”.

"They tend to convert such consensual acts as incidents of rape may be out of anger and frustration thereby defeating the very purpose of the provision,” she said while clearly stating the requirement of to draw a clear demarcation between the rape and consensual sex especially in the case where complaint is that the consent had been given on the promise of marriage.  As a result most of these cases end up in acquittals or compromise.