'Doklam Is Our Territory': China Hints At Maintaining Sizable Troops' Presence Near Dokalam In Winter 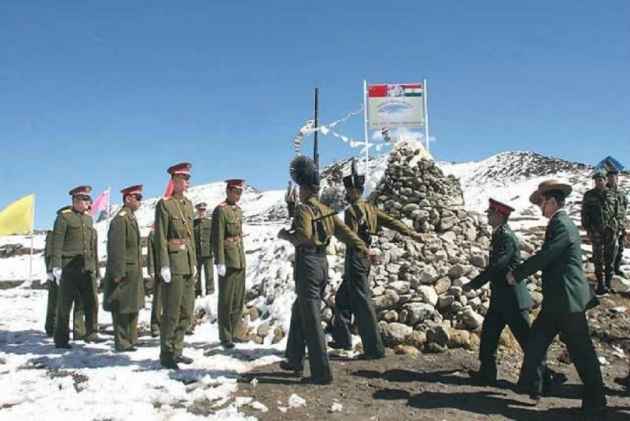 The Chinese military today hinted at maintaining sizable presence of its troops near the area of Dokalam standoff during winter, asserting that the region is in Chinese territory.

India objected to the road building by the PLA, saying that it endangered the security of the narrow corridor.

According to official accounts, both China and India in the past used to withdraw troops from the advanced regions of that area during the winter which is harsh.

"Donglong (Dokalam) is Chinese territory," Col Wu Qian, spokesman of the Chinese Ministry of Defence said today when asked about reports that PLA continue to maintain sizable number of troops close to the Dokalam standoff area and doing away with the practice of vacating the place during winter.

"Based on this principle we will decide on the deployment of troops on our own," he said without elaborating.

The continued presence of Chinese troops near Yatung close to Dokalam reportedly prompted India too to maintain its troops presence there.

While it is not clear whether the issue figured in the 10th round of the Working Mechanism for Consultation and Coordination on India-China Border Affairs (WMCC) talks between India and China here on November 17, officials said the meeting reviewed the situation in all sectors of India- China border and exchanged views on enhancing Confidence Building Measures (CBMS) and military contacts.

It was the first meeting after the Dokalam standoff.

Asked whether the two sides made progress to establish hotlines between the two militaries to avert crisis like Doklam, Wu said both sides are in touch on this issue.

He, however, clarified that the hotline can't be between the two military headquarters as China no longer has a military central office after the recent reforms.

At the WMCC meeting, the two sides discussed maintaining peace and stability and border exchanges, Wu said, adding that both sides will keep in contact with each other.