Doklam Stocktaking: Who Were India’s Friends In Need And What It Gained Or Lost In The Stand-off

In the last nine weeks, India was repeatedly subjected to humiliating threats from China while India was doing its best to underplay its seriousness. 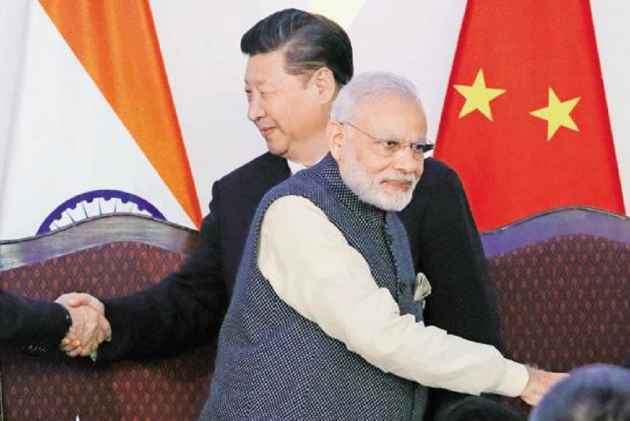 After more than two months of tense standoff between the Chinese and Indian troops at Doklam, a deal has been put in place on 28 August 2017 to bring an end to it. On 18 June, Indian troops had gone into Doklam to stop China’s construction workers building a road on a narrow plateau at Bhutan-China-India tri-junction. The Indian army had been sent to support Bhutanese objection to road construction in an area which Bhutan claim its own but is under the China’s effective jurisdiction. In spite of Indian army intervening on behalf of Bhutan, China refused to withdraw its workers from the disputed territory.

For nine weeks, nearly 300-400 soldiers from each side were present at the stand-off location. Though Indian army had moved in 2500 additional troops to the epicenter of the stand-off, China, apparently confident over its position and power, did not go for any large-scale mobilization of its troops. However, China repeatedly threatened India with terrible retribution for ‘trespassing’ into its territory and the war cry from its state controlled media was no less than what India’s nationalist media have been giving to Pakistan day in and day out for the last two years.

China has been seething with anger after Narendra Modi’s decision to sign Logistics Exchange Memorandum of Agreement (LEMOA) with the USA and also, to boycott Xi Jinping’s pet project Belt and Road Forum (BRF)’s inaugural conference in Beijing. Doklam came in handy for China to pay back India.

The aim of India’s troop moving to Doklam was to reclaim the jurisdictional control of the disputed territory for Bhutan by not allowing China to construct its road project. But, when China threatened retaliation, India came down from its aggressive position and wanted to settle the dispute through negotiation instead. In early August, while speaking in the Rajya Sabha, External Affairs Minister Sushma Swaraj ruled out war as an option and emphasized dialogue as the only way out of the Doklam standoff.

If the Indian government wanted dialogue and negotiation, what had stopped Narendra Modi to call Xi Jinping or even to take up the matter at the diplomatic level with China before sending Indian troops to a disputed territory between two neighbours. It seems India underestimated possible Chinese reactions before sending troops to Doklam.

The way this standoff came to an end just a few days before Modi’s Xiamen trip to attend the BRICS summit raises many more questions about the nature of the deal. While India claims that both the countries will withdraw their troops from Doklam, China immediately clarified saying the deal only asks for the Indian troops to withdraw, which it has immediately honored. There has been no joint statement, which adds further confusion about the actual content of the deal and its interpretations in the future for other border disputes. Chinese forces continue to patrol the disputed area, and the deal seems to have explicitly not prohibited China to undertake the road construction project and even if it has come to a halt, for the time being, there is no guarantee that China will not restart it again.

Though there is usual chest thumping by a section of Indian media and some strategic experts about the success of India’s power projection in Doklam, there is very little introspection over the futility of this long standoff, which was threatening to lead to a full-scale war between two nuclear powers anytime.

Has India achieved anything from this military stand-off? In the last nine weeks, India was repeatedly subjected to humiliating threats from China while India was doing its best to underplay its seriousness. Except for a half-hearted support from Japan, which received a sharp rejoinder from China, no other country came openly in India’s support. No one from the region and not even Bhutan.

It seems even Bhutan has not been happy with India’s military intervention. There have been several reports that even Bhutan had asked India to withdraw its troops from Doklam, and these reports have never been officially denied by Bhutanese authorities. Moreover, the standoff has added further to anti-India sentiments in Bhutan, which has been growing steadily for some time due to India’s perceived big brotherly attitude particularly in some of the recent hydropower agreements.

This long and tense standoff at Doklam has also made China to prioritize infrastructure development in its eastern Himalayan region. The increasing emphasis on rapidly improving road and rail connectivity will result in Bhutan and Nepal in moving further closer to China and diminishing India’s influence with two of its key neighbors. Last week, even China has offered $10 billion economic assistance to Bhutan. This is a huge amount for a small country like Bhutan. The way India’s economic blockade in 2015 had helped China to openly attract Nepal to its side, the Doklam standoff has provided the same opportunity to China for Bhutan.

India’s decision to militarily intervene in support of another country’s territorial claim has also brought hope and happiness to Pakistan. Nothing could have been more soothing to Pakistan military’s ears when China argued that India’s intervention on behalf of Bhutan provides China the legitimacy to militarily support Pakistan in its territorial disputes with India. Narendra Modi’s Doklam might have provided Xi Jinping an alibi to directly come in support of Pakistan in the case of its military confrontation with India in Kashmir.

Engaging in this stand-off if India wanted to show to China its strategic and diplomatic superiority in the region, unfortunately, the attempt has backfired. The way this open confrontation came to an end has put China on a driving seat in the regional strategic landscape.

(The writer is professor of Peace and Conflict Research at Uppsala University, Sweden.)