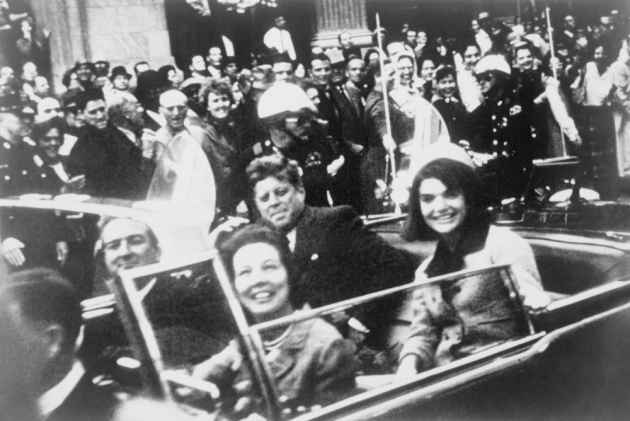 US President Donald Trump has approved the release of nearly 3,000 secret files related to the assassination of former US president John F Kennedy but withheld a few "sensitive" records to protect military and intelligence operations.

In a statement, the National Archives said that on orders from Trump it had released 2,891 records related to the assassination of Kennedy in Dallas on November 22, 1963.

The assassination shocked the nation and spawned a conspiracy industry that continues to pump out alternative theories about who was really behind the killing.

However, at the request of security agencies, Trump agreed withhold some files. He ordered that they be reviewed in the next 180 days.

"This temporary withholding from full public disclosure is necessary to protect against harm to the military defence, intelligence operations, law enforcement, or the conduct of foreign relations that is of such gravity that it outweighs the public interest in immediate disclosure," Trump said in a statement.

The American public expects -- and deserves -- its government to provide as much access as possible to President John F Kennedy Assassination Records (records) so that the people may finally be fully informed about all aspects of this pivotal event, Trump argued.

"The President has demanded unprecedented transparency from the agencies and directed them to minimise redactions without delay," White House Press Secretary Sarah Sanders said.

The National Archives will therefore release more records, with redactions only in the rarest of circumstances, by the deadline of April 26, 2018, she said.

According to a senior administration official, Trump was not happy that he had to withhold quite a number of files.

According to the National Archives, the final batch includes information on the Central Intelligence Agency's station in Mexico City, where assassin Lee Harvey Oswald showed up weeks before Kennedy's death.

There are also documents mentioning James Jesus Angleton, the agency's counterintelligence chief, at the time who took over the CIA's post-assassination investigation.

One of his communications with the CIA director is dated November 23, 1963, a day after the assassination and is described as about "assassination of President Kennedy", Politico reported. (PTI)