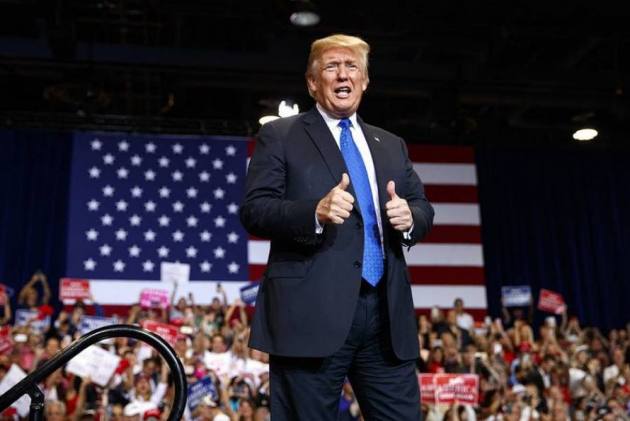 Donald Trump? Hardly. Reconciliation between the Koreas? Rather premature. Peace between Ethiopia and Eritrea? Probably missed the deadline. As the 2018 Nobel peace prize looms, it's easier to rule out names than guess who's going to win.

This year the field of possibilities facing the five members of the Norwegian committee tasked with awarding the prize was pretty wide, with 331 individuals and organisations proposed for the prestigious prize, which will be announced on Friday in Oslo.

And, as usual, despite the fact the list of candidates is a secret, predictions about who might win are gathering pace.

With the postponement of this year's Literature Prize for the first time in 70 years over a #MeToo scandal at the Swedish Academy, Friday's peace award has become the most highly anticipated Nobel announcement this year.

Looking at the odds on some of the online betting sites, you might think

But the Nobel experts -- who are more often than not wrong -- are scratching their heads.

"On the one hand, the inter-Korean breakthrough is I think the most dramatic thing in this field this year," said Dan Smith, head of the Stockholm International Peace Research Institute (SIPRI).

"On the other hand I wonder whether it would be premature to be giving the prize on that basis this year." Apart from anything else, Kim's record on human rights hardly stands in his favour.

Could Moon get it on his own?

"(He) did well, with the peace-promoting use of the (Winter) Olympic Games" in Pyeongchang, said Peter Wallensteen, a Swedish professor who specialises in international relations.

But what of Trump? Certain international figures like Britain's Boris Johnson, when he was foreign minister, and even Moon himself have suggested the US leader could win the prize for his initiatives on the Korean peninsula.

At 7-1, the bombastic American president is one of three frontrunners flagged by online bookies Betsson, far ahead of other global figures like France's Emmanuel Macron, Britain's Theresa May and Russia's Vladimir Putin all with odds of 75-1.

Such a prize would be "inappropriate," said Smith, pointing to a string of decisions by Trump which "are very negative as far as peace is concerned", most notably withdrawing from the Paris Climate Agreement and the Iran nuclear deal.

And in any case, the only known Trump nomination submitted to the Nobel committee was fake, filed by someone suspected of identity fraud as only certain individuals are allowed to propose names.

The nascent reconciliation between Ethiopia and Eritrea has also fuelled hope that a durable peace can be reached between the two neighbouring countries after 20 years of war.

For Wallensteen, the peace prize could go to Ethiopian Prime Minister, Abiy Ahmed. But he only took power in April with his peace overtures coming to fruition this summer.

That is a little late for the Nobel committee, which takes nominations at the start of the year.

Given the lack of certainty and the limited scope of progress on potentially prize-winning initiatives, some observers are turning to some longer-term contenders.

With the #MeToo movement raising global awareness about sexual abuse and harassment, the award could honour those engaged in the fight against sexual violence, such as Congolese gynaecologist Denis Mukwege or Yazidi rape victim Nadia Murad.

Nominated many times in the past, Mukwege has spent two decades helping women recover from the violence and trauma of rape in war-torn eastern Democratic Republic of Congo, while Murad became an activist after being kidnapped by Islamic State group militants and held as a sex slave.

Henrik Urdal, head of the Peace Research Institute of Oslo (Prio), believes the award could go to the UN's World Food Programme (WFP), which feeds millions of starving people every year.

From the battlefields of Yemen to the Rohingya refugee camps in Bangladesh, "we are seeing now that hunger is becoming again one of the bigger humanitarian challenges of our time," he said.

Other potential laureates include the UN refugee agency UNHCR, jailed Saudi blogger Raif Badawi, organisations defending the media such as Reporters Without Borders and the Committee to Protect Journalists (RSF) and Russian human rights champions like the NGO Memorial and opposition newspaper Novaya Gazeta.