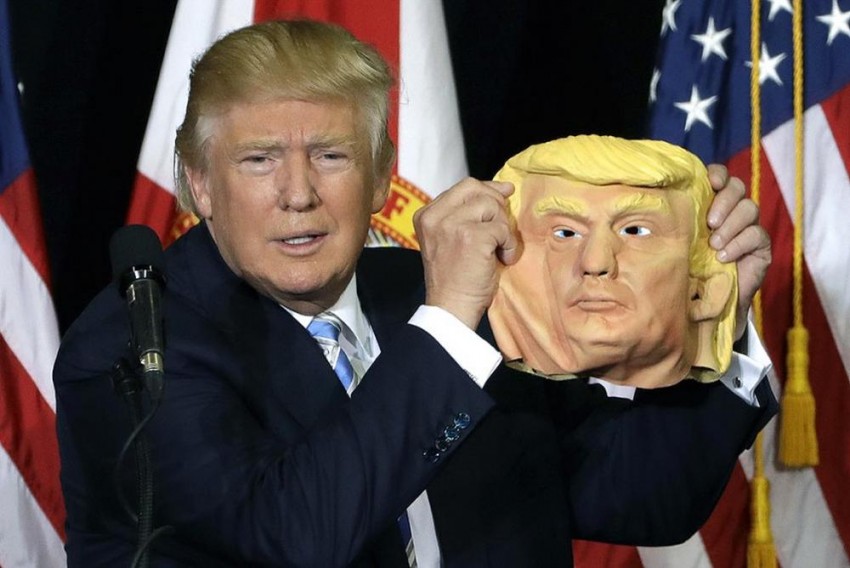 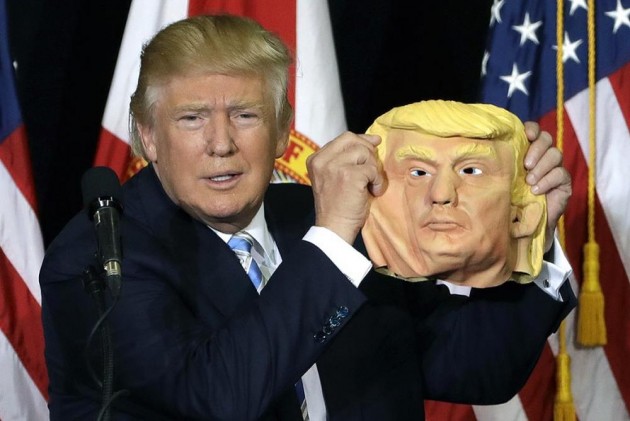 For a lot of the American media, but not the population, the unthinkable has just happened. Donald Trump Jr. is now the 45th President of the United States of America.

In an address after his victory, Trump said that he looks forward to being the President of the United States and that they were immediately going to start working for the American people. “And we're going to be doing a job that hopefully you will be so proud of your president, you'll be so proud,” he added.

The Republican candidate took to the stage with shouts of ‘U-S-A, U-S-A’ ringing in the background and started by saying “we have to get together”. He concluded by saying that their work is only just beginning now.

Trump won 55.7 million votes at last count and defeated the Democrats’ candidate Hillary Clinton who was at 54.5 million then. She did run him close but lagged behind throughout the counting of votes.

Trump, the candidate for the Republicans had been vilified in the press and had quite a bit of opposition even in the American press with stories of his past stunts and current ones. Known as the ‘King of New York City’, Trump has been linked to running for Presidency early on in his life but the American businessman and chairman of The Trump Organisation.

He has never held an elected office in the past though and was up against the more seasoned and experienced Clinton who has been the first lady, senator and a secretary of state.

Trump announced his candidacy for President on June 16, 2015 at New York City. He became the Republican Party’s candidate in May this year after a thumping majority.

This is how the counting process happened in IST since early morning on November 9:

1:00 p.m.:  Donald Trump has won Wisconsin And its ten electoral votes. That probably makes him the 45th President of the US until a final confirmation.

12:26 p.m.: Meanwhile, Hillary Clinton has just won Maine and three out of four of the electoral votes on offer.

12:06 p.m.: The Donald has won Pennsylvania which has about 20 electoral votes. This almost seals it, and we can probably lay out the carpet for Trump now.

12:00 p.m.: It seems Hillary's chances are all but over. She needs to win about 60,000 votes in Pennsylvania and Michigan to have a chance which the Wall Street Journal isn't giving her currently.

11:55 a.m. : AP now projects that the Republicans will have control of the Senate.

11:24 a.m. : A bit of a lull in proceedings but Trump is expected to shade Wisconsin, New Hampshire, Michigan, and Pennsylvania and that would mean he tops 300 and you have a new President of the USA with funny hair.

11:09 a.m. : Social media is already calling it with Trump said to be leading in Alaska where polls have to close yet and which has three electoral votes.

11:03 a.m.: Trump is reportedly ahead in New Hampshire, a state Clinton needs to win.

10:46 a.m. : The American media is almost in pining mode for Hillary. They're hoping she gets those 'three '-big comebacks' that she needs.

10:43 a.m. : Have the numbers spoken? The NY Times has Trump at a 95 percent chance of winning. That coffee break cannot come sooner.

10:09 a.m. : Donald Trump has won Georgia with 16 electoral votes while Clinton has Washington and its 12 votes nailed.

9:37 a.m. : Clinton has also Oregon with seven electoral votes and it stands at 201-197 to Trump at the moment. Its getting close.

9:36 a.m. : Clinton has won Hawaii while Trump has won Idaho which has four electoral votes.

9:32 a.m. : AP says Hillary Clinton has won California and Hawaii which have 55 and 4 electoral votes respectively. A comeback on the cards?

9.14 a.m.: Hillary Clinton has won Colorado and its 9 electoral votes

9.10 a.m.: Hillary Clinton has won Virgin which has 13 electoral votes.

8:58 a.m. : Trump has won Missouri which has ten electoral colleges.

8:56 a.m. : AP confirms Hillary has won New Mexico which has five electoral colleges. Current tally coming up in a bit.

8:53 a.m. : The NY Times puts its neck out there and projects 66 percent chances of Trump winning this.

8:50 a.m. : Okay, everything has seemingly gone quiet. Is the US contemplating Trump right now?

8:46 a.m. : The Yen and the Mexican Peso are swinging in jittery trades on the Asian market courtesy #ElectionNight. The Clinton camp has reportedly gone quiet.

8:44 a.m. : Okay, so there is a bit of chaos about with NBC also calling Missouri for Donald which would take it to 150 in his favour. But lets just wait a bit.

8:34 a.m. : Donald Trump has just won Montana which has two electoral votes according to AP.

8:21 a.m. : CNN says The Republicans will keep control of the House while we do not have a call from AP on it as yet

8:02 a.m. : The US media says its expecting a much tighter race than it hoped for. Much like 2014 in India when no one expected such a crushing majority?

8:00 a.m. : But the Donald is fighting back, and how. American networks say he's won Louisiana which has eight electoral votes.

7:17 a.m.: Both candidates are seemingly neck-and-neck currently with Hillary just shading Trump in the race.

7:01 a.m. : Republican Todd Young has been elected as the Senator of Indiana.

6:57 am. : Donald Trump is said to have won Alabama which has nine electoral votes.

6:52 a.m. : CNN says Donald Trump has won Tennessee which has eleven electoral votes by itself.

5:58 a.m.: Vigo County goes to Donald Trump. They have been voting for the winner there since Dwight Eisenhower.

5:54 a.m. : Eight percent of the votes have been counted so far with Clinton taking a slight lead in Florida.

US Presidential Elections- Why Some US States Like Trump's Tantrums