The Indian Army should not be looked upon as a job provider organisation, Army chief Gen Bipin Rawat said, and warned personnel who feign illness or disability in order to avoid duty or get benefits. 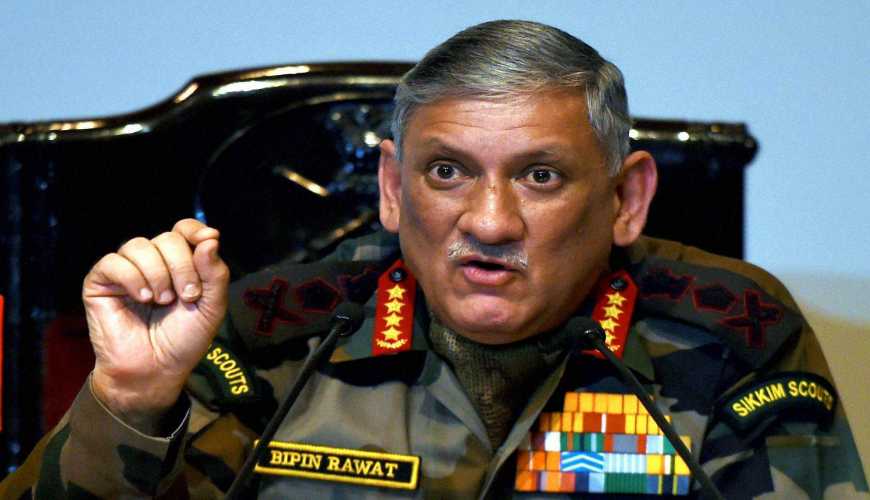 Indian Army should not be looked upon as a job provider organisation, Army Chief Gen Bipin Rawat said here Thursday, and warned personnel who feign illness or disability in order to avoid duty or get benefits.

He assured all help to former and serving soldiers who have actually suffered disability in the line of duty.

"I want to warn you, remove this misconception from your minds. The Army is not a means of employment. If you want to join the Army, you have to show physical and mental toughness. You should have the ability to face difficulties," he said.

"Kai log, naujawan mere pass ate hai aur kahate ji mujhe Sena me naukari chahiye. Mein unhe kehta hu ki Bharatiya Sena naukari ka sadhan nahi hai. Naukri leni hai to Railways mein jaye... ya apna business khol dijiye (Many people, including youngsters, approach me with a request to give them jobs in the Army. I tell them that the Indian Army is not a means of employment. If you want jobs, then go to the Railways...or start your own business)," Gen Rawat said.

He was speaking at an event where around 600 serving and retired disabled soldiers from the Southern Command, the South Western Command and the Central Command were present.

The Army has declared 2018 as "Year of the Disabled Soldiers in the line of Duty".

"I have seen a section of soldiers and officers who call themselves disabled on grounds that they are suffering from high blood pressure, hypertension and diabetes, and seek concession from being deployed at difficult operational posts," he said.

"These people are physically and mentally weak and can't withstand stress. They should feel ashamed after seeing these men who are actually disabled but have given an exemplary performance," he said, referring to wheelchair-bound soldiers who staged choreographed formations during the event.

"I would like to assure men who are really disabled that all possible aid, including financial help, will reach them, but those who feign disability to earn some disability benefits, I would like such men to beware or you will receive unpleasant instructions from the Army Headquarters in the coming days," the Army chief said.

The Army knows that soldiers and officers work in adverse conditions and face medical difficulties, he added.

"We understand those difficulties....even the doctors, who provide medical assistance to you, understand at what extent your medical categorisation is right or wrong, and when they decide between right and wrong, some people go to courts and after getting verdict from the court, these soldiers proudly say that they received disability pension," Rawat said.

"Indian Army is committed to provide help to you. If you have any problem, kindly write to your unit and if you do not get help, please send a message on the dedicated number issued by the Army and I assure you that you will get an answer within a month," he said.

The Army is collating data on soldiers who suffered disability in the line of duty, Gen Rawat said.

"A dedicated officers' team has been formed. They are reaching out to such men," he added.