"If these kinds of orders are passed by the SC, we will stop producing girls or won’t let them study so much that they start taking their own decisions." 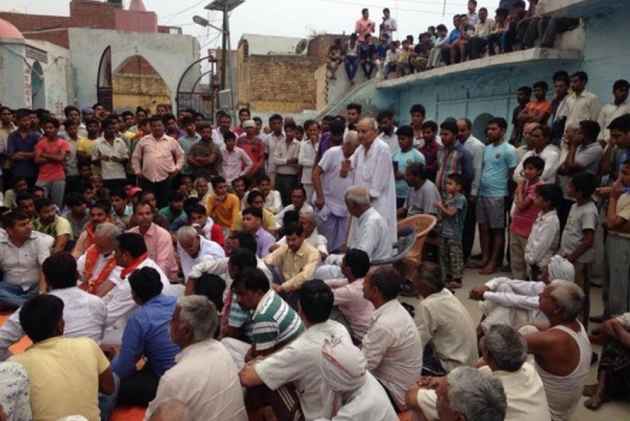 Leaders of Khap Panchayats have warned the top court of India not to meddle in their 'age-old traditions' lest their community will 'destabilise the society' by stop giving birth to girls.

The threat comes a day after the Supreme Court reprimanded the Khap panchayats over issues of 'honour killing' and reiterated its stand on "inter-faith/caste" marriages by saying "no one should be allowed to interfere in marraige of two consenting adults."

Hearing a writ petition by NGO Shakti Vahini on "honour killing", a three judge bench of Chief Justice Dipak Misra, Justice DY chandrachud and Justice AM Khanwilkar had said "Where two consenting adults agree to enter into matrimony, no individual rights, group rights or collective rights shall interfere therein or harass the couple."

When the lawyer appearing for Khap Panchayats (Caste Panchayat) objected over marriages between Sapindas (same gotra marriage),as they are considered siblings, the CJI retorted: "Who are you to interfere?" "Don't be conscience keepers. If two adults want to get married nobody should interfere," the court had said.

Unimpressed with the order, Naresh Tikait, head of Balyan Khap, told The Times Of India, “We respect the Supreme Court but cannot tolerate the apex court’s interference in our age-old traditions. If these kinds of orders are passed by the SC, we will stop producing girls or won’t let them study so much that they start taking their own decisions. Just think, what will happen to society if girls become lesser and lesser in numbers?"

“Maybe, the SC has taken this stand influenced by the vulgar exhibition of modernity in cosmopolitan cities, but they must understand that village life is different and we are bound by our traditions,” said Rajbir Singh Malik, head of Malik Khap,

Khaps are caste or community organisations in villages which at times act as quasi-judicial bodies and pronounce harsh punishments based on regressive and age-old customs and traditions.

In January this year, the SC had termed 'absolutely illegal' any attack by khap panchayats or associations against an adult man and woman opting for inter- caste marriage.