He was addressing party workers at the SP headquarters in Lucknow on the occasion of Sardar Vallabhbhai Patel's anniversary. 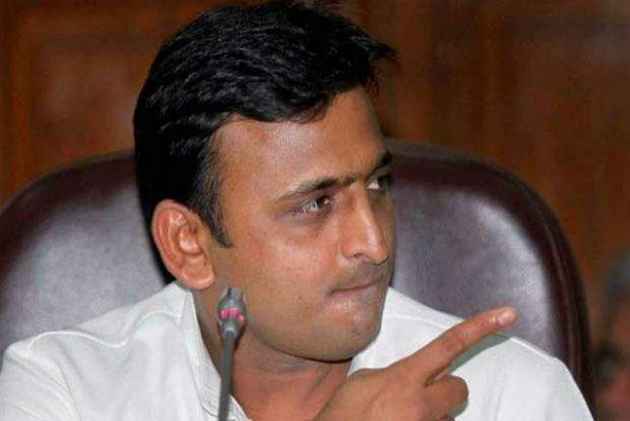 Samajwadi Party chief Akhilesh Yadav on Tuesday accused the BJP of misleading the people on issues such as the farm loan waiver, GST and demonetisation and claimed that a party that spread lies should not be trusted.

Reacting to the former chief minister's comments, which come ahead of the Uttar Pradesh civic polls, the BJP hit back saying that those discarded by the people were making absurd allegations.

"Be it the Narendra Modi government at the Centre or the Yogi Adityanath government in the state, both have not taken any significant decision. BJP people are liars. I wonder how people trust them. The party should not be trusted," Yadav alleged.

He was addressing party workers at the SP headquarters in Lucknow on the occasion of Sardar Vallabhbhai Patel's anniversary.

"There are some forces which believe in dividing the society. They do this for political gains to catapult themselves to power," Yadav said.

The BJP has befooled the people on farmers' loan waiver issue, GST implementation and demonetisation, he claimed adding that the decisions of the party which is in power at the Centre as well as in UP had severely affected the economy.

Yadav also suggested that the Centre should use the photographs of great leaders, who participated in the freedom movement, in the new series of currency notes that are being printed.

Meanwhile, BJP state spokesman Shalabh Mani Tripathi, while reacting to Yadav's remarks said that his party believes in working for the people and their affection was a befitting reply to the detractors.

"The work done by Prime Minister Modi has established the country as a strong nation world-wide. And the Yogi Adityanath government in UP has done tremendous work in six months. Those discarded by the people are making absurd allegations and they will get a reply from the people of the state," he added.