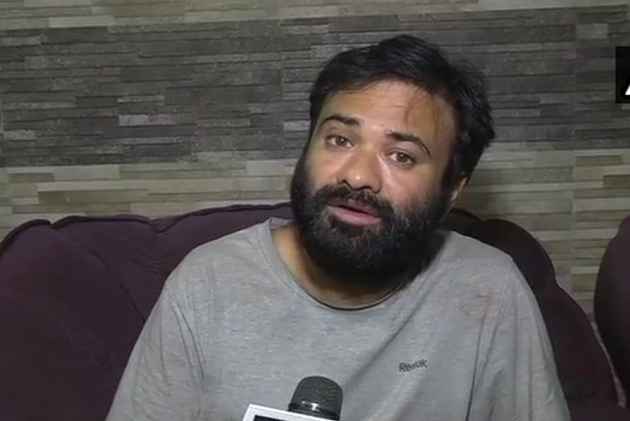 Dr. Kafeel Ahmad Khan is an accused in the BRD Medical Hospital case involving the death of 63 children, including infants, within four days, allegedly due to disruption in the supply of oxygen in August 2017.

The FIR against Adeel and Faizan was registered last night at Cantt. police station in which it was alleged that they opened a bank account in the name of Faizan but the photograph submitted for it was of one Muzaffar Alam and the account was used for transaction of Rs 2 crore.

Also, the fake driving license, which was submitted in the bank for opening the account, carried a photo of Alam, police said.

Alam, a resident of Shekhpur in Rajghat area, complained to SSP Shalabh Mathur that in 2009, Adeel and Faizan had opened a bank account using his photograph with the main branch of a nationalised bank at Cinema road with the help of fake documents.

After receiving the complaint, the SSP ordered Kotwali Circle Officer Atul Chaube to investigate the matter.

"A complaint from Mudassar Alam was received regarding a bank account at the Union Bank of India and transaction of Rs 2 crore made from it. The CO Kotwali during probe found that the complaint was true as the bank account was opened at the main branch of the bank in the name of Mohammad Faizan in which photograph of Mudassar Alam was used and the driving license used was also fake," the SSP said.

The investigation is underway that why such a large amount of Rs 2 crore was transacted from an account in which fake photograph was used, the SSP said.

On the direction of the Gorakhpur SSP, a case was registered against Adeel and Faizan under IPC sections including 420 (cheating and dishonestly inducing delivery of property), 467 (forgery of valuable security), 471 (Using as genuine a forged document) on the basis of a complaint by Alam, Cantt police station Inspector Chandrabhan Singh said.

Adeel, however, accused police of framing him in a fake case instead of finding the culprits of attack over his younger brother, Kashif Jameel in Gorakhpur.

Adeel also accused police of working on the direction of an MP and his associate claiming that they were also behind the attack on his brother.

He was arrested by UP Police in September last year. The Allahabad High Court granted him bail in April this year.

Jameel, brother of Dr. Kafeel and Adeel, was allegedly shot at by unidentified assailants on June 10.