Having miraculously survived a serious illness and at an impasse in her career, an American magazine editor spontaneously decides to spend a year learning Hindi in Udaipur. She later interviews top linguistics experts to understand what learning a se The whole year in India, I was never confused, though often, for days, I thought I was. "Vidhu-ji," I asked the teacher with the angular face, remembering to attach the "ji," an honorific that could also mean yes or what? -- point of bafflement right there. "Vidhu," I repeated, promptly forgetting to. "How do I say ‘I'm confused'?"

"Main bhram mein hoon," he said: "I am in bhram," and for the rest of the year, I used that sentence more than any other.

"Vidhu-ji! Wait! I am in bhram," I'd say, flapping my hand, interrupting Grammar, Dictation, till he must have wished I'd yank myself out of it, must have regretted the day he ever told me.

I was in bhram, off and on, at the school and beyond: when I'd try to ask a shopkeeper in Hindi if he had this thing in blue, while he stared at me with his mouth half open, as if he were watching a trick. When India later on became like an opiated dream; when the poet Nand-ji bent my senses using words; when I sat and watched the deaf school boys flash language on their hands -- all those times, too. And in bhram, but a dark, pernicious kind, when soon after I arrived, the world was exploded; when months after that, India went up in flames; when people by the hundreds then were slaughtered.

Many times throughout that year, I was in full-press brahm, in nonstop confusion, or so I thought. I wasn't till I returned to the States that I learned the exact meaning of the word. Illusion. The whole year in India, I'd been in illusion.

Hindi films were unendurable -- horrible honking songs, bleary cinematic clichés -- till something clicked and I became a convert. Punch for punch, I saw, you couldn't beat them for high drama. In one we'd watched, there was an illicit pregnancy, a hinted-at abortion, a suicide, a wedding, and repeated shooting of a groom on horseback, all before the opening credits. "The film demonstrates what Shakespeare could have done had he had access to automatic rifles,"I wrote, or some facsimile thereof, in the movie journal we had to keep. In any new language, you discover missing words, as revealing as the ones that exist. In Hindi, I soon learned, you couldn't say "appointment" or "minute" or "second," except with the English loan versions. In Udaipur, where only 50 percent of the homes had phones then, you didn't need to. "If a people have no word for something, either it does not matter to them or it matters too much to talk about," the sociologist Edgar Z. Friedenberg said, and here appointments didn't matter. People stopped by. "They'll come to your house at six-thirty in the morning. Once I came back from dinner to find a friend sitting in the living room reading a magazine," Renee told me.

Each missing word was a shock to discover, one thing more that had become a figment of my imagination. For if you can't express something to anyone around you, doesn't it exist only in your mind? Each missing word was a loss, a piece of the old world falling away. I began taking note of all the fragments that had vanished: "handsome," "paint," the verb "to wonder," the verb "to own." It was now literally impossible to own anything. In Hindi, new shoes, bread, your car could only be "in your direction": ke pas. I loved the construction's nod to impermanence till I used it so often, it became just a figure of speech. And one perhaps best left unexamined, though Helaena did from time to time: In India, there's no female orgasm, not to speak of. "Orgasm" applied only to men. "Interested" was not a word. There weren't separate terms for "marriage" and "wedding." Your shaadi was your wedding and your marriage, a small distinction, but in the early days of my marriage to Hindi, I was acutely aware of what was missing. "Privacy" most of all.

Once, on contracting a bug, I hailed a rickshaw to take me to the doctor's. The driver was uncertain of the address, so he waved over a pedestrian, who looked at the slip of paper, looked at me, leaned into the back. Was it my head? the man wanted to know. Just a slight fever, I answered. What about my throat, did that hurt? No, that was fine, I replied. Had I taken anything for it? he inquired. I gave a quick nod yes. Allopathic or naturopathic? he asked. "Mujhe jaana hai,"" I said, which loosely translates: "I know this is a silly idea, but I was thinking we could leave some questions for the doctor." 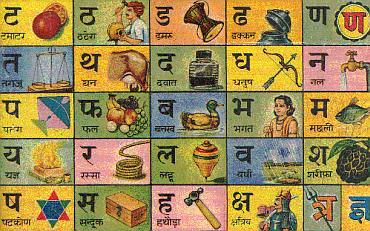 "There's no word for ‘privacy' in any of the Indian languages," we'd been told during orientation, though I surely would have figured that out pretty fast on my own. A month into moving here, I'd begun to suspect that the whole town belonged to the Central Intelligence caste. "Madam, you are living in Sector Eleven?" a rickshaw driver asked. "My friend said he took you there from the bank two weeks ago." "Madam, who was that man who walked you home last night?" the candy shop owner inquired. I had to think, then remembered -- just Swami-ji. "He is my teacher," I said with an extreme annoyance that went unnoticed. The guy was too busy nodding, as if calculating implications.

"There are three things you can't hide -- happiness, a cough, and love," a Hindi proverb goes, but I think the list got truncated in the retelling. In Udaipur, in any Indian town, the list could be amended to include where you are going in this heat, how much you paid for that lamp, why you were wearing a fancy sari two nights ago, whether you've put on weight. The notion of off-limits is alien. Perhaps this has to do with the fact that here, as Indologist Diana L. Eck writes, "the ‘individual' as we think of it in the West does not exist. A person thinks of himself or herself not as a singular entity, but rather as part of a larger interdependent whole, in which parts mirror one another in an infinite, intricate pattern." Or maybe it is because, as a friend said, "in India we share everything, even privacy."

Eventually, I'd come to like it when a cybercafe wala would boot up the computer and automatically log me on to my server. I'd grow accustomed to strangers on the street giving me updates on my appearance: "I am thinking your skin is looking dry?" a man I'd never seen before said, as I was waiting at a corner to cross the street. "You have not been applying oil?" Though I continued to draw some lines, as on the evening I came home to find the Jains debating how much money I had in the bank. "No, you misunderstand," Dad 2 said when I refused to answer. "We don't want to take your money. Much farther out along the spidery web of time, long gone from the Jains' now, I begin a list of words missing from English: Leelaa: the acts of a deity performed for pleasure. Vidya: translated as "knowledge," but which a friend explained as "having characteristics of knowledge but not itself knowledge. It's symbolic of God's world. A person who knows vidya knows everything." And advait: roughly, non-duality; and aanand: broadly, joy or bliss; and then I toss the paper away. Departure's looming. I can't bear to see, spelled out in black and white, what will become unspeakable once I cross back. Transcendence: that's what I'm going to have to lose.

The rickshaw guy who drops me off scolds me when I thank him: "You should say shukriya." I'm momentarily confused. Dhanyavaad, what I'd said, is perfectly fine in every "Speak Hindi" book, but then I realize: he's Muslim. I'd used the word from the Sanskrit. He's insisting on the Arabic-based one. All year, every time I give thanks, I end up putting someone off.

"In Sanskrit, they had sight, taste, touch, smell, hearing -- oh, yes," Nand said as the afternoon waned, carrying on his examination of the ancients' ten senses. Once the whirling particles began to slow, a pale focus was restored to the mind. Sanskrit speakers had the same five we do, he said, called collectively the jnanendriya, the agents of perception. But perhaps the path to sensuality was twice as wide then, as Sanskrit speakers had five senses more -- the karmendriya, the agents of action. These were grasping, walking, excretion, sexual reproduction, and one more so obvious that it's astonishing to think we haven't made it a sixth. For if the senses are the means by which we take in the world, then this one, speech, has to be the ultimate. Consider: In one language, you have five. In another, you have twice as many to speak of. Speech is so powerful, it can double the senses. Now that my own have been altered, I'm beginning to understand how interconnected all the senses are, all five, or ten. Change one, and the others are transformed with it. Change your speech -- the word for "fine," say -- and your sense of vision may be altered, too.

More about the book and the author