What's the big fuss about driverless cars? In India, we have always had them. Almost all the app-based taxis here could easily be driverless 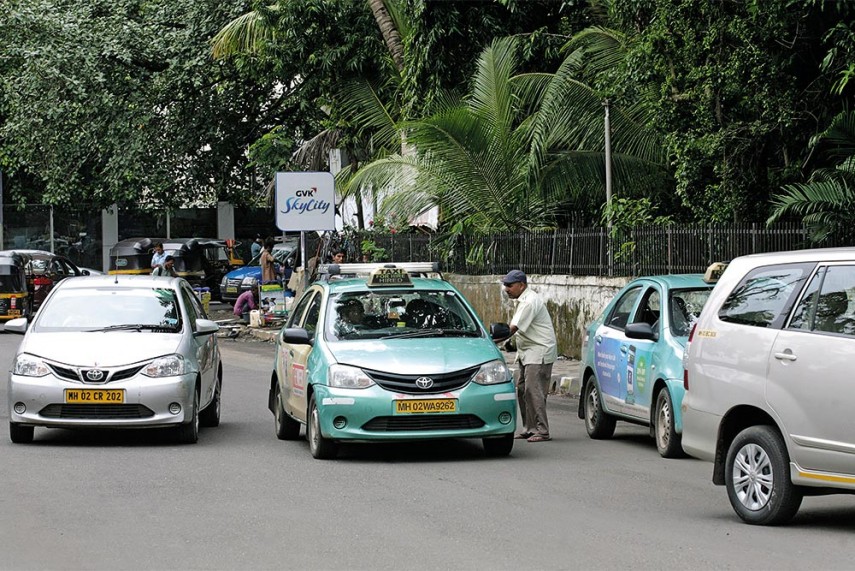 I am told Uber is testing driverless cars on the streets of Pittsburg, Pennsylvania, and already some scrapes have been reported. One of the taxis was going the wrong way on a one-way street, another brushed against a human driven car at an intersection. The citizens there have mixed feelings about cars zapping around on their own.

But what's the big fuss about driverless cars? In India, we have always had them. Almost all the app-based taxis here could easily be driverless. So…it's Saturday and I am going about town. Cheese and wine at a gallery in Connaught Place, dinner more southward at Vasant Vihar. The wine is young and heady so I tap the phone for a cab. "Shall I start the trip, sir?" the driver asks brimming with confidence. I nod. "What's your destination, sir?" I tell him. He immediately takes a U-turn on Barakhamba Road. But Vasant Vihar is on the opposite side, I panic. Can't be, sir, the GPS is saying U-turn. Listen, it's a childhood friend's house I am going to and I can get there blind-folded, I tell him. He turns the taxi reluctantly and now the GPS settles itself. "Ttake the exit ttwo from Baaraa Kaambaa road," the lady twangs. He looks quizzically at me. I don't interject, so he drives on.

"Yeh kaun sa building hai ji, dekhne me toh kaafi bada lagta hai (Which building is this, it's seems quite big?)", the driver queries. It's the Rashtrapati Bhawan. He peers at the rear-view mirror, "Aur yeh gol wala (And this round one)?" The Parliament. Is this his first time for him in these parts, I ask. "Yes, sirji, I reached Delhi from Hoshiarpur only last night. My brother asked me if I was ready to drive and I said yes." "Haven't you ever been to Delhi before?" "Yes, once for an army recruitment camp about ten years ago. But that didn't work out because my eyesight was bad." So there, the car is virtually driverless. He is just there to turn the steering according to what the lady, very cocksure, on his phone is instructing him, and press the accelerator and brake when need be. He could be driving a cab in Dublin, Dubai or Derbyshire.

My WhatsApp pings. It's the housing society group. I get distracted for a few minutes as there is a raging debate on which gates of the society should be kept open till what time as trespassers have been a menace lately. Every effort is on to keep outsiders out. When I look up from the phone it's a curious sight. There are only oncoming vehicles on the street we are on, many of them furiously honking at us. The driver is merrily drumming his fingers on the steering to the latest Punjabi pop, honking back at them whenever provoked. I look around to see where we are but can't make out at this hour as all Lutyens streets look fair at midnight. Aren't we on a one-way road, I ask. What's that, he counters. Apparently this concept is yet to take root in Hoshiarpur. He has not stopped at any of the traffic signals either, perhaps another idea whose time is yet to come in the city of his birth. I didn't object as it is probably safer to jump red lights at this hour in Delhi than risk being rammed from behind if you waited.

Just then a blaring, blazing Q7 almost head-butts us. The GPS lady who had gone quiet is suddenly wailing, 'Tturn back, tturn back, you are on a one-way sttreet.’' "Ye ki bol rahi hai (What's she saying?)" the driver asks. I tell him I remembered something utterly urgent and have to get off right now. He says he can't do that as the destination is now locked on the GPS. I will pay double, I offer. He shakes his head, rules are rules, suddenly all law-abiding. Then the rarest of rare things happen—he stops at a red light, to answer his incessantly ringing phone. I throw some money on the front seat, open the door and escape.

It's not only driverless cars. Here, we have architect-less buildings, carpenter-less woodwork, tailor-less clothing. Most plumbers would stare blankly at a monkey wrench, electricians wouldn't know the ampere from volt, most waiters will have no clue what their restaurants serve, most direct marketing callers wouldn't know a thing about the scheme they are meant to hawk and no, repeat no, customer care boy or girl will ever have a straight answer to your question. Here, ignorance is nirvana.