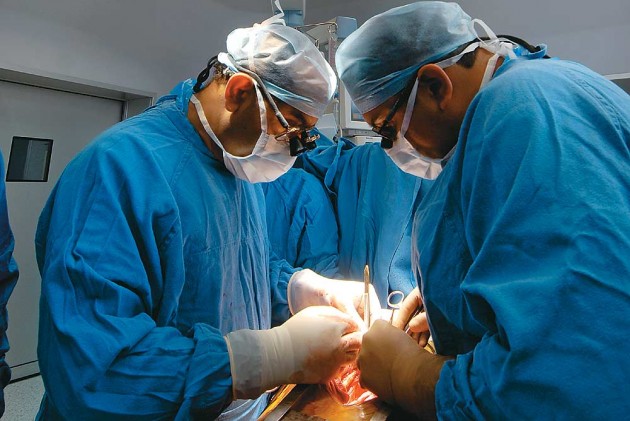 The National Pharmaceutical Pricing Authority (NPPA) today revised the price of coronary stents after a year of price control.

The prices of drug eluting stents, which are the most commonly used during coronary angioplasty, has been revised downwards to Rs 27,890 from Rs 30,180. The price of bare metal stents has gone by slightly to Rs 7,660 from Rs 7,400, capping the trade margins at 8%.

The move came after several negotiations and deliberations by the NPPA with concerned stakeholders and civil society.  The pricing authority refused to give in to demand by several multinational stent manufacturing companies for sub-categorisation of drug eluting stents.

READ ALSO: No Heart In This Mart

The order on the pricing of the stents released by the NPPA on 12th February 2018 reads, “The issue of further sub classification of drug eluting stents was referred to the ministry of health and family welfare for ascertaining the expert views of the NLEM core committee of cardiac stents… which after giving opportunity to concerned stakeholders with due consideration has decided that there is no case for sub classification of DES in light of lack of enough clinical evidence to support superiority of one DES or other.”

Civil society has welcomed the move and hailed it as a decisive step in favour of ensuring affordability to patients. “We are glad that the Government did not cave to massive pressure that was being exerted by the industry for differential pricing without any scientific basis,” states a statement released by the all India drug action network.

Additionally, referring to the NPPA’s release of data on the trade margins involved in catheters, balloons, and guidewires, the statement says, “Expansion of price control to these devices is a necessary step to making procedures like angioplasty/angiogram more affordable and accessible to patients.”

READ ALSO: Doctors And Their Devices

Manufacturers though are unhappy with the move. A statement released by Pavan Chaudhary, managing director of the medical technologies association of India, said the move was disappointing. “It will limit patient choice and the availability of innovative technologies in the market. The only saving grace in the order is NPPA's expression that it is open to receiving stakeholder views. Taking that in earnest, we will stay engaged, he says.

The order is implementable from 13 February 2018 and is valid for a year.