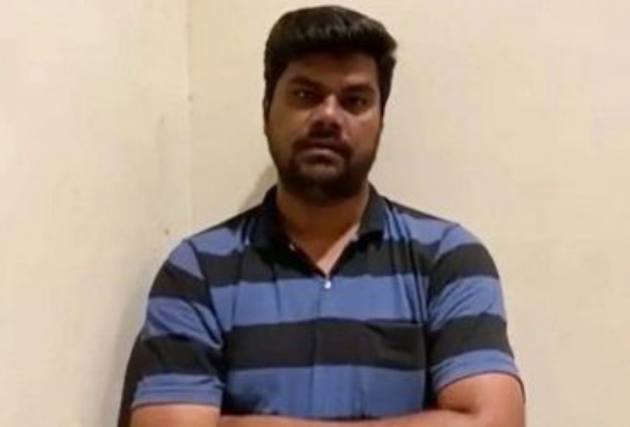 Prabhakar Sail, the independent witness in Aryan Khan 'Cruise Drugs Case', appeared before the Narcotics Control Bureau's (NCB) Delhi vigilance team here for the second day on Tuesday in connection with its probe into the pay-off allegations in the cruise drugs case in which Bollywood actor Shah Rukh Khan's son Aryan Khan is an accused, an NCB official said.

Sail was on Monday questioned by the NCB for over 10 hours.

Accordingly, Sail reached the Central Reserve Police Force's (CRPF) mess in suburban Bandra around 11.55 am along with his lawyer Tushar Khandare, an NCB official said.

The NCB's vigilance team, headed by Singh, who is also chief vigilance officer (CVO) of the federal anti-narcotics agency, had reached here from Delhi on Monday morning.

Sail, who claims to be the bodyguard of NCB witness KP Gosavi, last month alleged in an affidavit that he had heard Gosavi discussing a Rs 25 crore pay-off deal after Aryan Khan was arrested by the NCB.

Sail claimed that Gosavi had said Rs 8 crore of the deal money was to be given to NCB's Mumbai zonal director Sameer Wankhede.

Following Sail's allegations, the NCB had ordered a vigilance inquiry against the anti-drugs agency officials and others.

Wankhede had denied the allegations against him.

Last month, a vigilance team led by Singh came to Mumbai to probe the allegations of extortion, but had then failed to record Sail's statement.

It had at that time recorded statements of eight persons, including Wankhede, and collected some important documents and recordings related to the cruise drugs case, an official earlier said.