No Delhi-Lahore, Inter-State And Night Bus Services For Now: DTC

A DTC official said the services have been suspended also because buses were being targeted in arson and violence in Haryana, Punjab and Delhi. 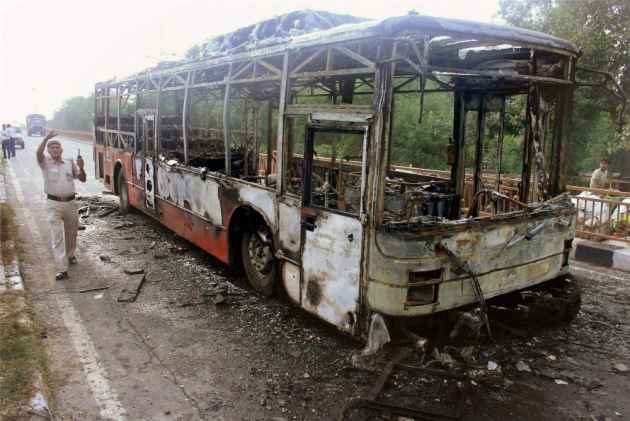 The Delhi Transport Corporation has suspended its inter-state, night and the Delhi-Lahore bus services in wake of the violence after self-style godman Gurmeet Ram Rahim was convicted in a rape case on Friday.

A DTC official said the services have been suspended also because buses were being targeted in arson and violence in Haryana, Punjab and Delhi.

"The Delhi-Lahore bus service have been suspended because it passes through violence hit Haryana and Punjab," he said.

A decision to resume the services will be taken after normalcy is restored, another DTC official said

A fire also engulfed two coaches of the Rewa Express stationed at the Anand Vihar Railway Station here. Railway officials said it was not immediately clear if it was a case of arson and that investigations were underway.

A special CBI court in Panchkula in Haryana convicted the 50-year-old self-styled godman in the 2002 rape case, triggering widespread violence and arson by his supporters in Punjab and Haryana.

At least 31 people were killed and more than 250 injured in the violence that left a trail of destruction and vandalism.