Justice Katju's revelation today about how a reputedly corrupt judge came to be appointed in the Chennai High Court, once again highlights the serious problems with the process of appointment of judges to the higher judiciary. 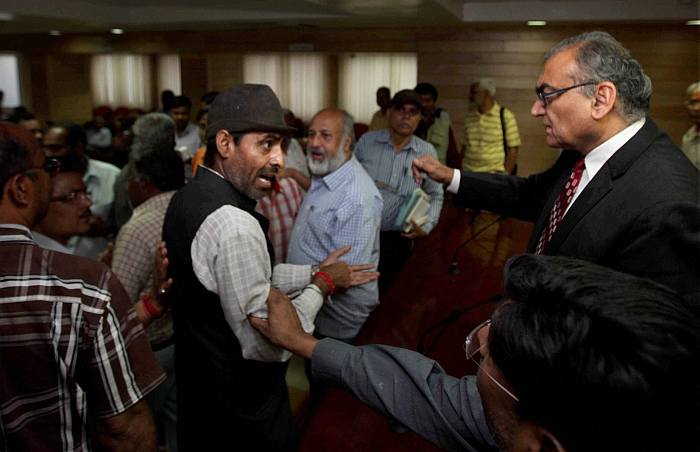 ,  Campaign for Judicial Accountability and Reforms

Justice Katju's revelation today about how a reputedly corrupt judge came to be appointed in the Chennai High Court, once again highlights the serious problems with the process of appointment of judges to the higher judiciary. He has pointed out from firsthand insider knowledge that, despite full knowledge about the dubious reputation of the person concerned, he still came to be appointed by the Supreme Court collegium because he was a favourite of the DMK party, since he had granted bail to its Supremo Karunanidhi. Some of the judges involved in the collegium which participated in his appointment such as chief Justices Sabharwal and Balakrishnan have themselves have been at the centre of very serious allegations of corruption.

This entire episode shows that several dubious persons have come to reach top positions in the judiciary where they can appoint more such dubious persons to the judiciary. It also shows that judges in the collegium often succumb to undesirable pressure from the political executive even when the power of appointment of judges is essentially vested in the judiciary. But the most important lesson from this example, which is by no means the only such example, is the dangers of lack of transparency in the appointment of judges. Had the people of the country known that such a dubious person was proposed to be appointed, they would have raised their voices against it and the pressure of public opinion would have shamed the collegium and prevented them from recommending such a dubious appointment.

The new law for judicial appointments proposed by the government seeks to add the law minister and some 'jurists' nominated by the government to be in the selection committee. This will only increase the government's clout in the selection process, thereby compromising the independence of the judiciary, without dealing with the present problems in appointments. The present problems arise on account of the lack of any proper system of comparing the merits and demerits of prospective candidates on some laid down criteria, and because of lack of transparency in the appointments.

The UK and many other countries now have full time independent judicial appointment commissions which invite applications and nominations which are then comparatively evaluated on a laid down criteria. The entire process also has some transparency, which also allows the people to provide relevant information about the proposed appointees to the appointments commission.

For this exercise to be done properly one needs a full time body, which functions transparently. An ex- officio body of sitting judges and ministers can hardly be expected to do this job properly, especially when it functions without transparency. Unfortunately, neither the judiciary nor the government want to have a rational and transparent system for selecting judges. Each just wants a greater part of the appointments pie, without ensuring that the system will select the most honest and competent judges.