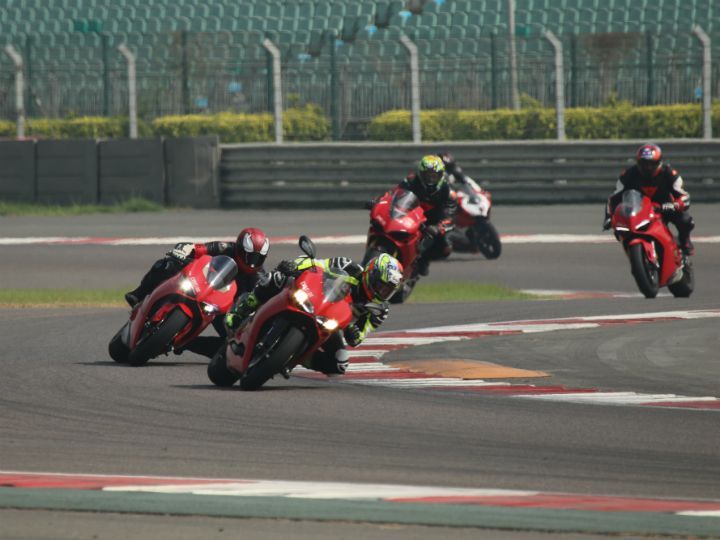 Ducati has completed the first-ever edition of its DRE - Track Days in India. The event, which was held in partnership with Pirelli and Shell, was held at the Buddh International Circuit (BIC). Over 130 Ducatisti and others attended the event, which was spread over two days - October 13 and 14. 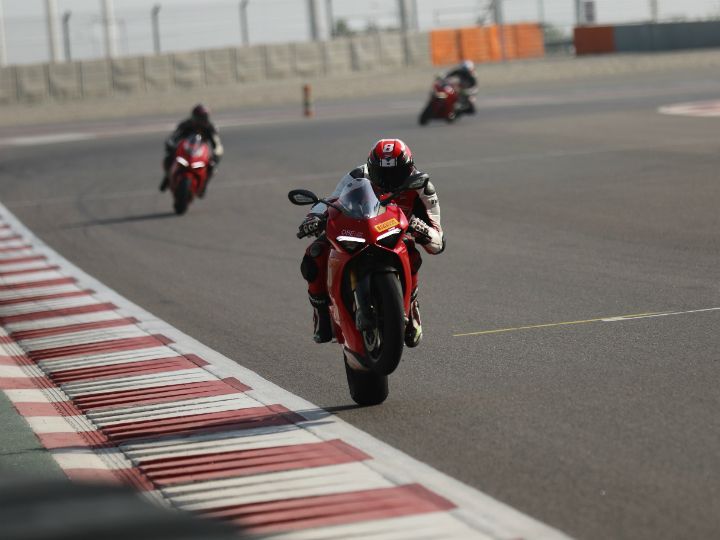 The very first day of the event saw Ducati test rider Alessandro Valia set a new track record of 1.56.316” at the BIC with a stock Ducati Panigale V4S. He smashed the previous record by almost 2 seconds. According to Alessandro Valia, riding on the track requires a specific skill-set and this exclusive event was aimed at providing just that. Riders were given the opportunity to enhance their skills on the race track where they could unleash the true potential of the bikes. 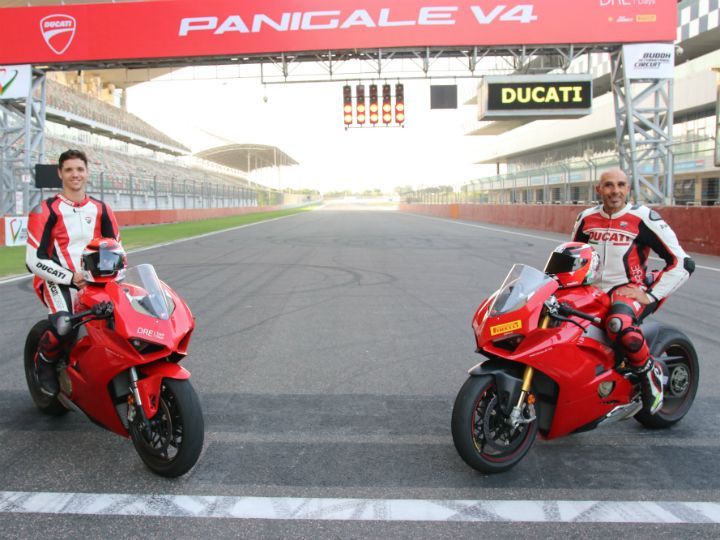 Furthermore, participants also got to ride the Panigale V4, 959 Panigale and SuperSport, among others. Ducati’s official test rider Alessandro Valia and DRE instructor Carlos Bulto Serrano supervised the event and helped riders improve their riding techniques on the track. Ducati aims to build a safe yet experiential riding culture in India with these training programmes.

Here’s the official statement from Ducati.

This exclusive event was aimed at enhancing the skills of riders on track and provided them an opportunity to ride their motorcycles in their true habitat. The riders also got a chance to experience the Ducati DNA and the impeccable performance of Panigale V4, 959 Panigale, SuperSport among others. The DRE Track Days was spearheaded by Official Ducati chief test rider Alessandro Valia and DRE Instructor Carlos Bulto Serrano who together helped the riders to hone their riding techniques and have better control while riding on track.

Sergi Canovas, MD of Ducati India said, “The two-day event witnessed the thrill, passion and love for racing on our first ever Track Days in the country. It was first of its kind platform where enthusiasts got to learn and enhance their riding skills with renowned Ducati rider Alessandro Valia. With the growing interest of evolving Indian riders, we will have more such high-octane events for everyone to truly experience the power of Ducati.”

On the first day of DRE-Track Days, official Ducati test rider Alessandro Valia had set a new track record of 1.56.316” at Buddh International Circuit on Ducati Panigale V4S (Stock OEM) breaking the earlier record by almost 2 seconds. The new record confirms the outstanding performance and dominance of Ducati machines on the track. Speaking on the occasion, Alessandro Valia said, “It has been a thrilling experience for me to ride on such a beautiful yet technical track in India wherein I was able to set a new record for young riders. I believe that riding on track requires specific techniques and skill-sets DRE Track Days gives riders the perfect opportunity to learn and tame the track. I would love to see one of the young India riders braking this record very soon.“

Ducati has been striving to make the riding experience better under the supervision of Ducati instructors and at a prestigious location. With these training programs, Ducati is focused on building a safe yet experiential riding culture in India.