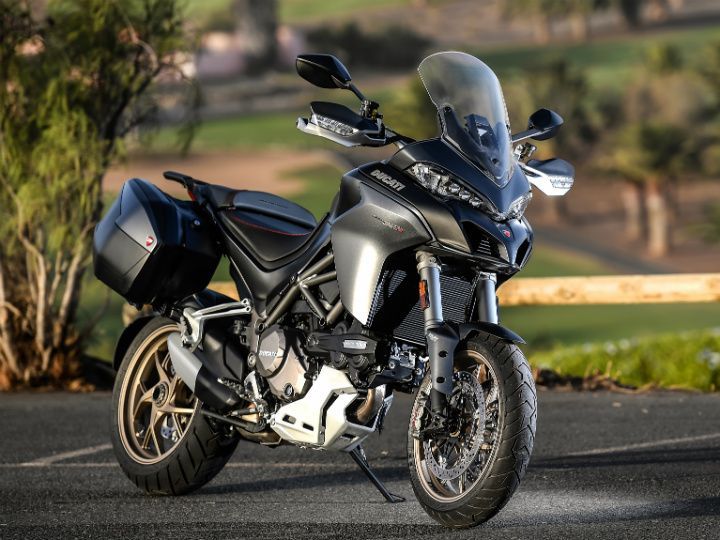 Ducati India has finally launched their adventure tourers, the Multistrada 1260 and 1260S, which will replace the outgoing Multistrada 1200. The 2018 Multistrada 1260 features a new DVT (Ducati Testastretta) engine, a new chassis and some new electronic wizardry. Its new DVT engine has been tuned to deliver most of its torque at low and mid-range revs. Ducati also offers a third model, the Pikes Peak Edition, but unfortunately, it’s only available overseas. 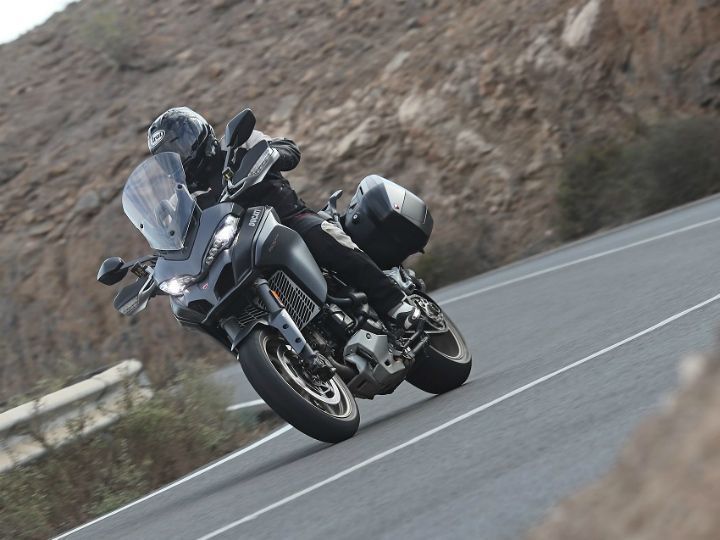 The Multistrada 1260 looks pretty much the same as its predecessor apart from a redesigned front fairing which improves airflow around the pillion and top box, a new TFT instrument console and larger pillion grab rails. The new TFT instrument console is now app-compatible and more intuitive than the outgoing model. The Multistrada 1260 also uses newly integrated luggage mounts and a new aluminium subframe. Compared to the outgoing model the Ducati 1260 gets a larger grab rail and LED turn indicators at the rear. 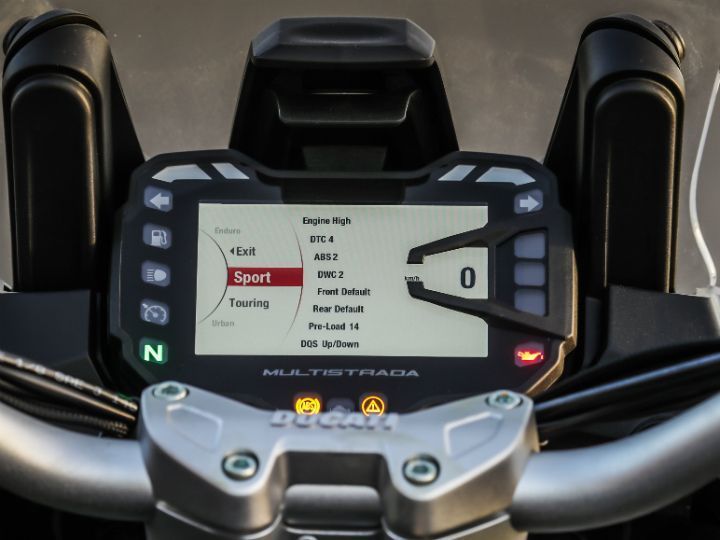 The Multistrada 1260, which is the base model, gets features like vehicle hold control (VHC), 4 riding modes (Sport, Touring, Urban and Enduro), 8 levels of traction control, cruise control, Ducati Safety Pack (which uses a Bosch inertial measuring unit (IMU) to control cornering ABS), wheelie control and traction control. The Multistrada 1260S, which is Ducati’s flagship adventure tourer, gets a couple more features over and above the standard variant: a quick-shifter for up/down shifts, cornering lights, a full-colour TFT instrument console and Ducati's Skyhook Suspension (DSS). 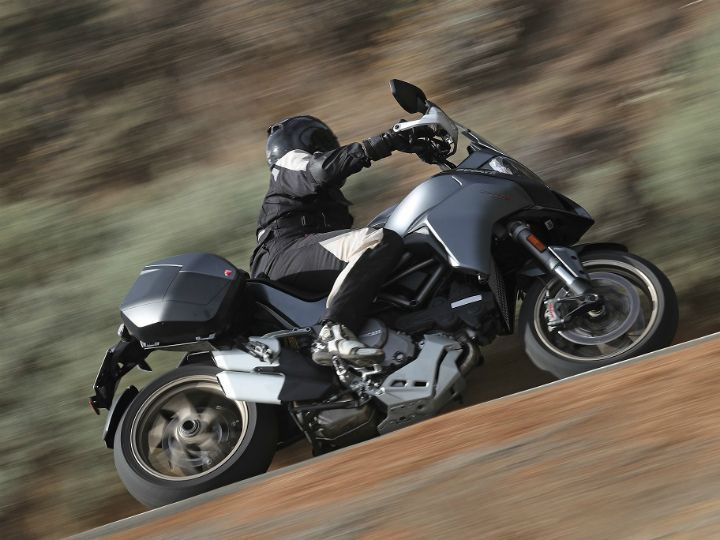 Both the bikes share the same 1262cc L-twin Ducati Testastretta DVT engine that churns out 160PS at 9500rpm and maximum torque of 129.5Nm at 7500rpm. The Multistrada 1260S comes with a 6-speed gearbox along with a quick-shifter. The downside is that the new model makes 6.5Nm less torque compared to the outgoing model. However, the magic lies in the way the torque is delivered. Ducati has tuned the 1260’s engine to deliver a face full of torque right from the beginning, 85 per cent of it at 3500rpm and 18 per cent more torque at its mid-range as compared to the Multistrada 1200. 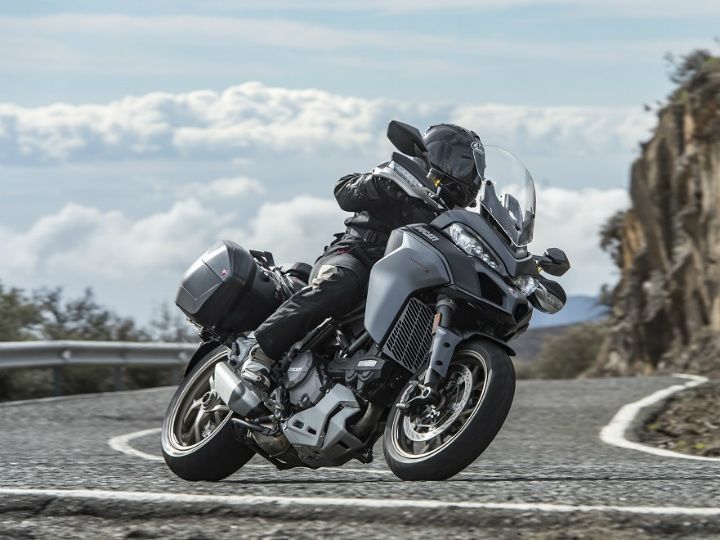 That's not all - the wheelbase has been extended by 56mm thanks to a longer 48mm swingarm while the newly designed wheels are 300 grams lighter compared to the old model. Under the skin, the Multistrada 1260 comes equipped with a trellis frame and uses Kayaba 48mm upside-down forks that are fully adjustable for preload, compression, and rebound damping, while the rear gets a Sachs monoshock with full adjustability. The Multistrada 1260 also has a revised steering angle of 25-degrees for a more relaxed riding posture.

Anchoring the Multistrada 1260 are twin 320mm discs with radially mounted 4-piston Brembo calipers up front, while the rear gets a single disc with a 2-piston caliper from the same brand. Its flagship model, the 1260S, gets 10mm larger discs up front with top-of-the-line Brembo Monobloc M50 calipers, while the rear remains the same as the standard variant. Both models get dual-channel ABS as standard. 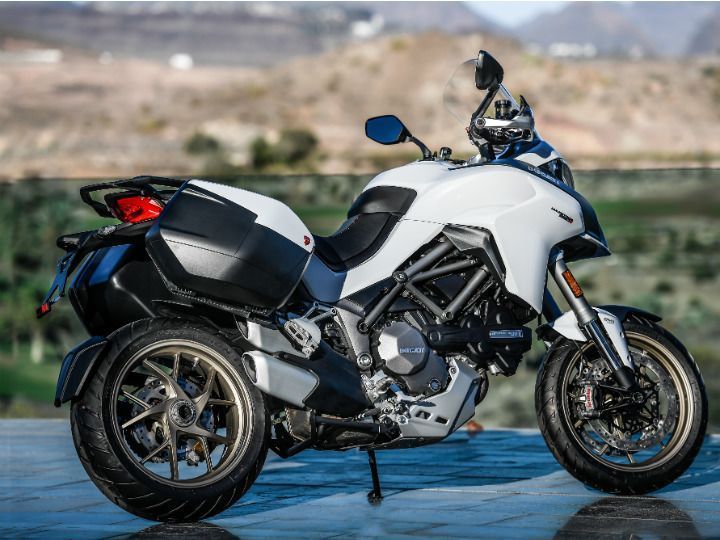 The Ducati Multistrada 1260 will be available in Red colour only whereas the 1260S will come in 3 colours - Grey, Red and White