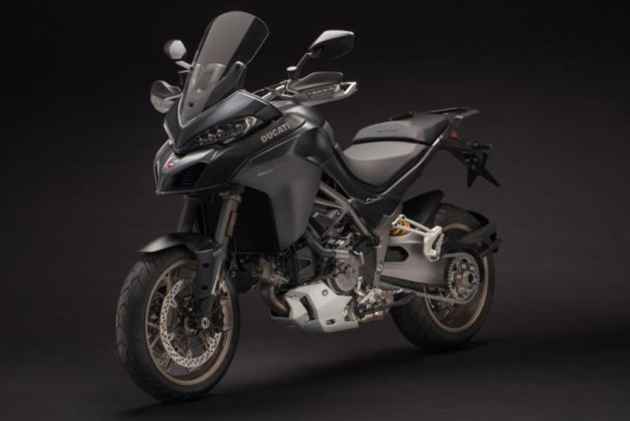 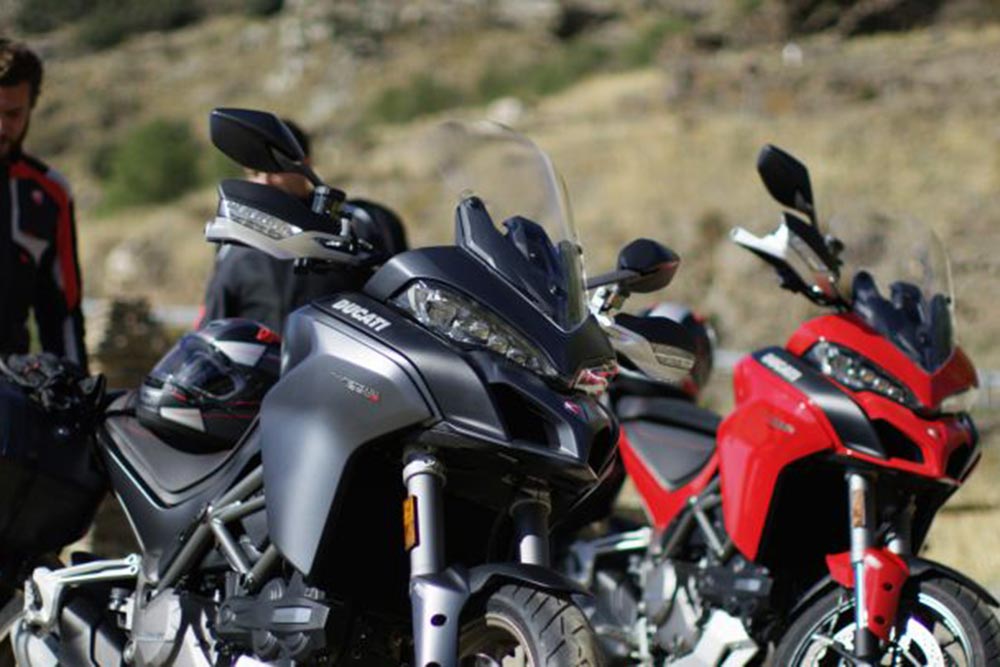 The MultistradaÂ family is known for its sporty yet elegant design despite being big, brawny adventure tourers. The front end in the Multistrada 1260 bears a characteristic beak-like design, with two vents below the alien-like LED headlamps. The twin slash-cut stubby exhausts complement the single-sided swingarm at the rear. Even the 5-spoke Y-shaped alloy wheels look elegant. Compared to the Multistrada 1200, the 1260 has redesigned front side fairings to allow smoother airflow around the top box and the pillion. While both the bikes look similar, the Multistrada 1260 S comes with a small fender extended at the front. The multifunctional digital TFT screen is new and is more intuitive to use than the one on the Multistrada 1200. It is also compatible with the new Ducati smartphone app. 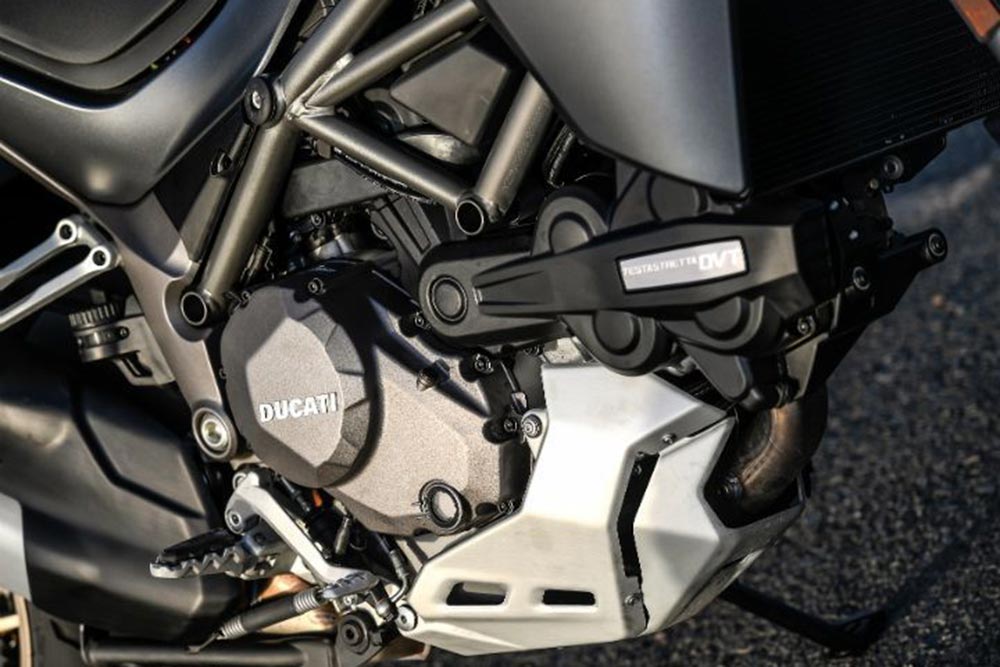 Both the Multistrada 1260 and the S variant share the same 1262cc L-twin Ducati Testastretta DVT engine with liquid cooling. The peak power output of 158PS arrives at 9500rpm, and the peak torque of 129.5Nm comes in at 7500rpm. Though this motorcycle is 2PS and 2Nm less powerful than the Multistrada 1200, Ducati has tweaked the motor for a greater spread of torque at low revs, with 85 per cent of the torque readily available at just 3500rpm.

The Italian marque has made sure the engine runs hassle-free, with an oil change interval of a generous 15,000km / 12 months. The valve clearance service interal stands at 30,000km. While the standard variant comes with a 6-speed transmission with slipper clutch, the Multistrada 1260 S features Ducati Quick Shift (DQS) as standard. 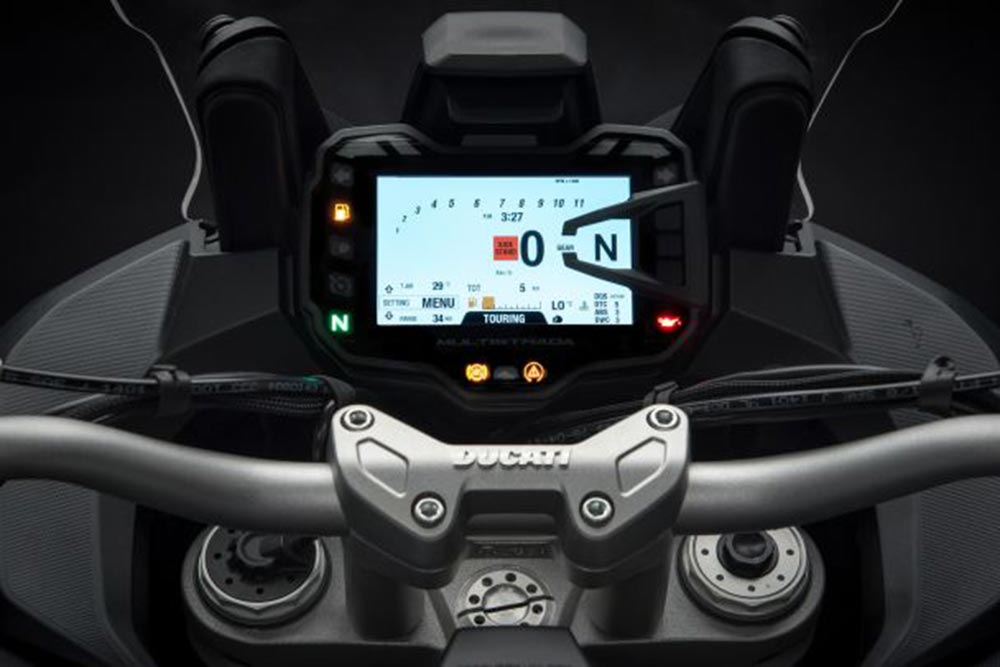 The dynamics of the two motorcycles are enhanced by a number of electronic doodads. The bikes feature Sport, Touring, Urban and Enduro riding modes. Vehicle Hold Control helps in easy manoeuvring on an inclined surface. Apart from this, the bikes also have Ducati Wheelie Control, cruise control, hands-free, and Ducati Safety Pack, which includes Bosch Cornering ABS and Ducati Traction Control. In addition to these features, the S variant comes with cornering lights and Ducati Multimedia System (DMS) as standard. Even the engine braking is lean-angle sensitive. 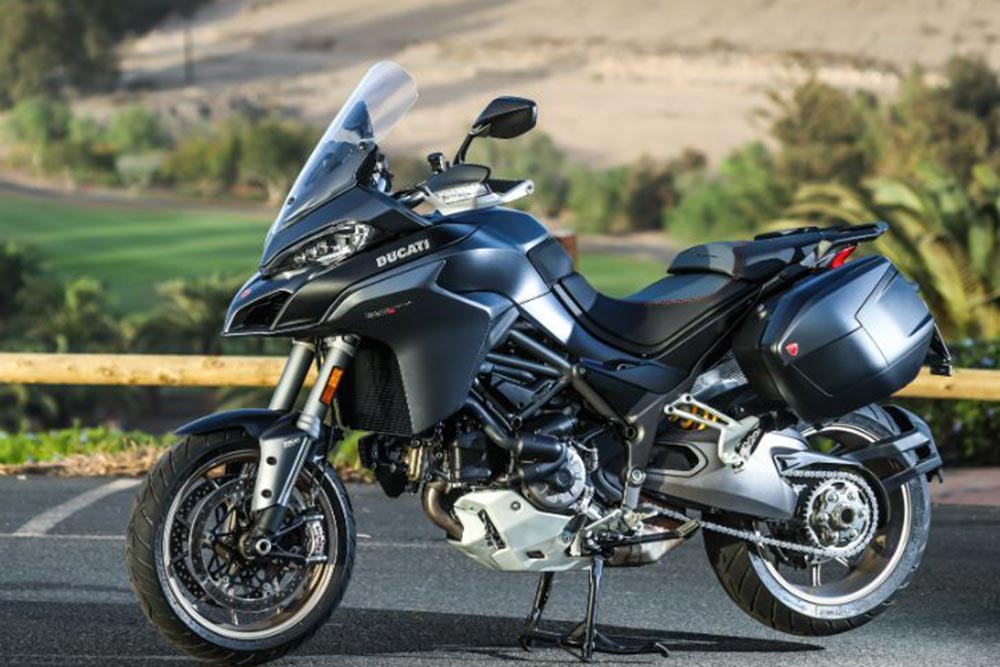 As with any other Ducati, these two motorcycles get sophisticated suspension. The regular variant rides on 48mm upside down front forks and a fully adjustable rear Sachs monoshock. On the other hand, the S variant sports a semi-active Ducati Skyhook Suspension, which allows electronic adjustment of compression, rebound damping and spring preload adjustment. 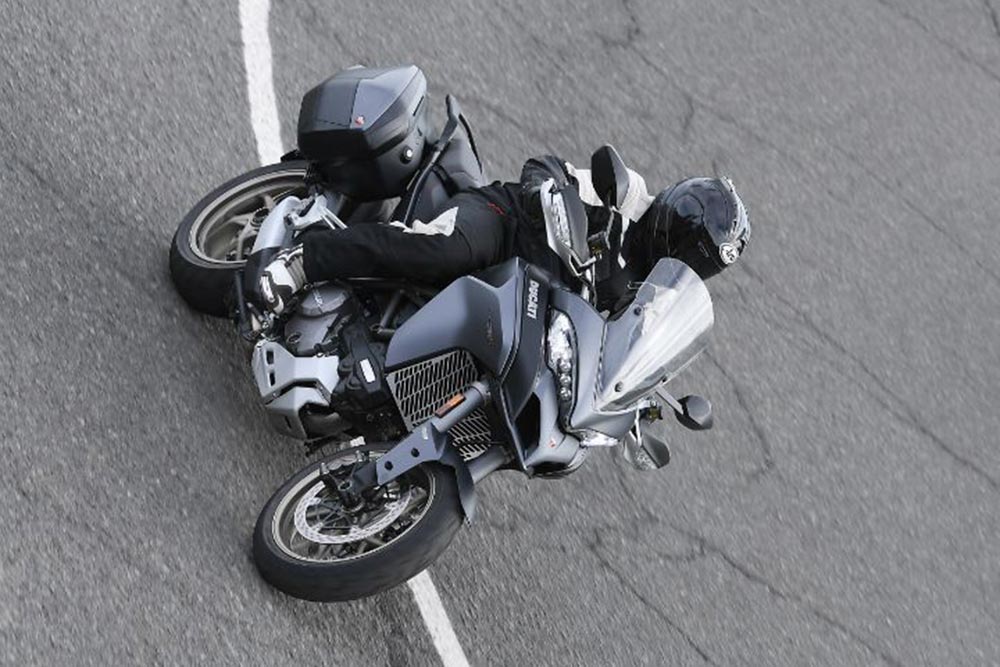 The Ducati Multistrada 1260 and the 1260 S will replace the existing Multistrada 1200 range. In the Indian market, these motorcycles go up against the 2018 Triumph Tiger 1200 XCx and the BMW R 1200 GS. However, the Multistrada 1260 is more of a soft-roader than an out-and-out off-road machine.

We expect the bike to carry a price tag of Rs 17 lakh-18 lakh for the standard model. The S variant is likely to command a premium of around Rs 2 lakh over the regular variant owing to the inclusion of Skyhook suspension, cornering lights and the likes.