Rounding off its Scrambler portfolio, Ducati launched the Scrambler 1100 today. Let’s see if there’s more to the motorcycle than just a bigger engine compared to the 800cc variant 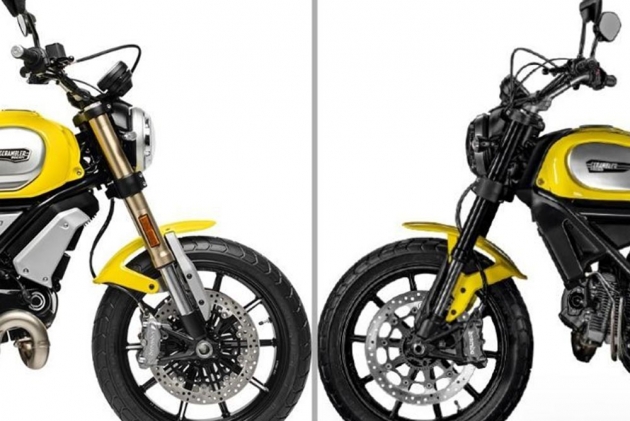 India has no dearth of bad roads, but a compact motorcycle with off-road-ready underpinnings can completely transform a harrowing riding experience into a fun one. That’s what scrambling is all about. Ducati noticed this potential in the Indian market and launched the Scrambler 800 back in 2015. Fast forward three years and the Italian bikemaker has now introduced the bigger Scrambler 1100 in the country at Rs 10.91 lakh (ex-showroom, pan-India). Here’s how the motorcycle differs from the outgoing model: 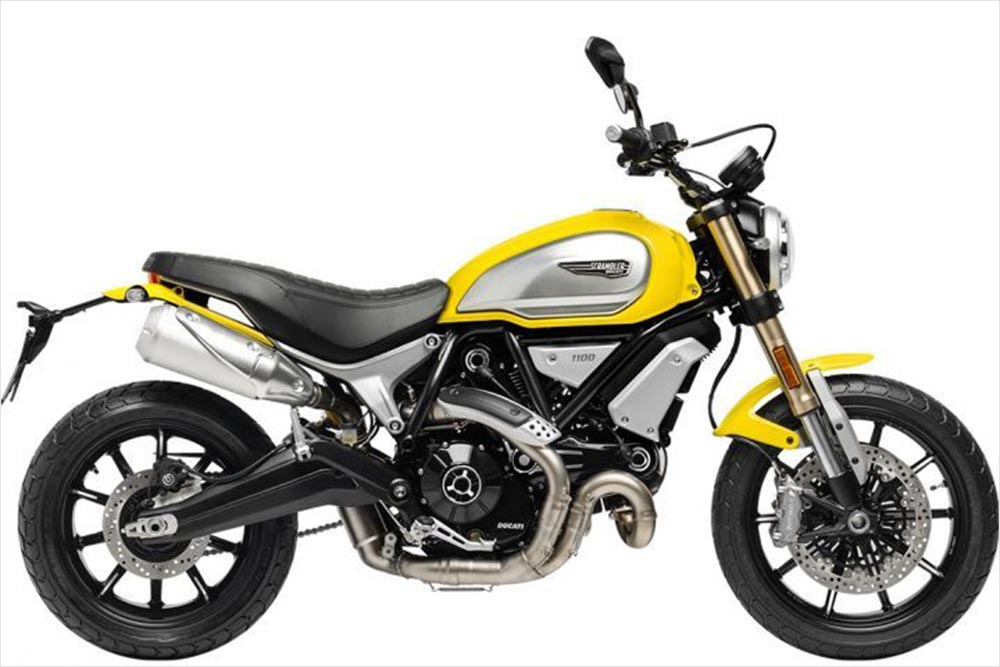 The Scrambler 1100’s silhouette is more or less similar to the 800cc one, except for the exhaust placement. The newer Scrambler features a redesigned headlamp, with an X-shaped metal inset, surrounded by LED DRLs. Just like the smaller bike, this one also features an offset-mounted LCD instrument cluster. But this time around, Ducati has used a twin-pod asymmetric unit inspired by the Scramblers of the 70’s. The smaller pod displays important information like speed, gear position, side stand and the likes, while the rest of the info including tachometer, are displayed in the larger pod. For better ergonomics, the handlebar is also beefier and gets adjustable hydraulic clutch and brake levers. 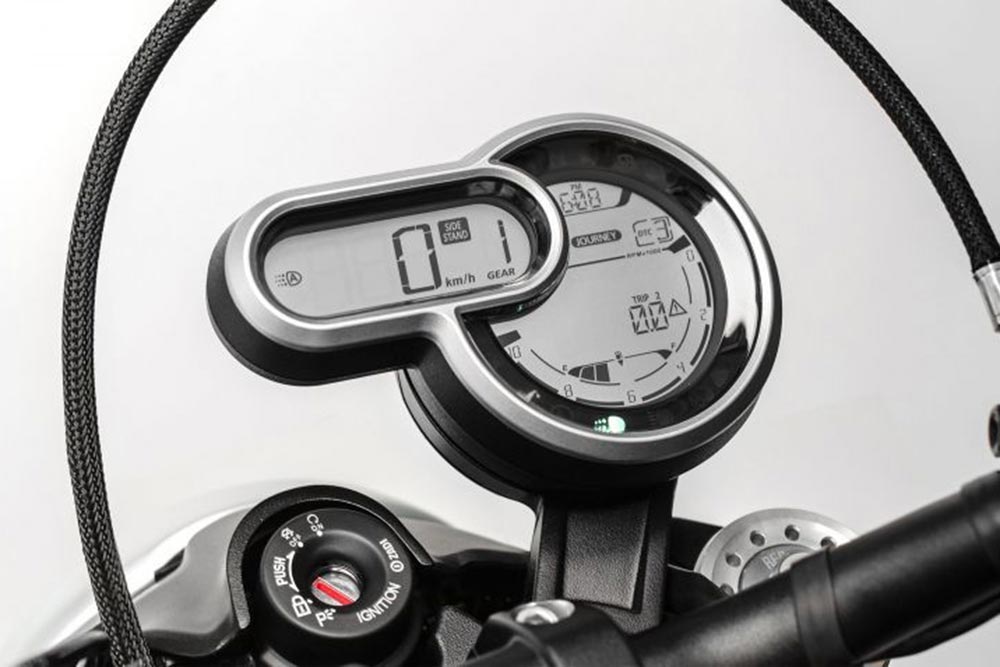 Instead of a stubby conventionally mounted exhaust, the Scrambler gets twin underseat units. There’s a pair of grooves under the seat that double up as grab rails, and the tail section ends with a license plate holder with integrated indicators, unlike the tyre-hugger unit that’s found on the Scrambler 800. 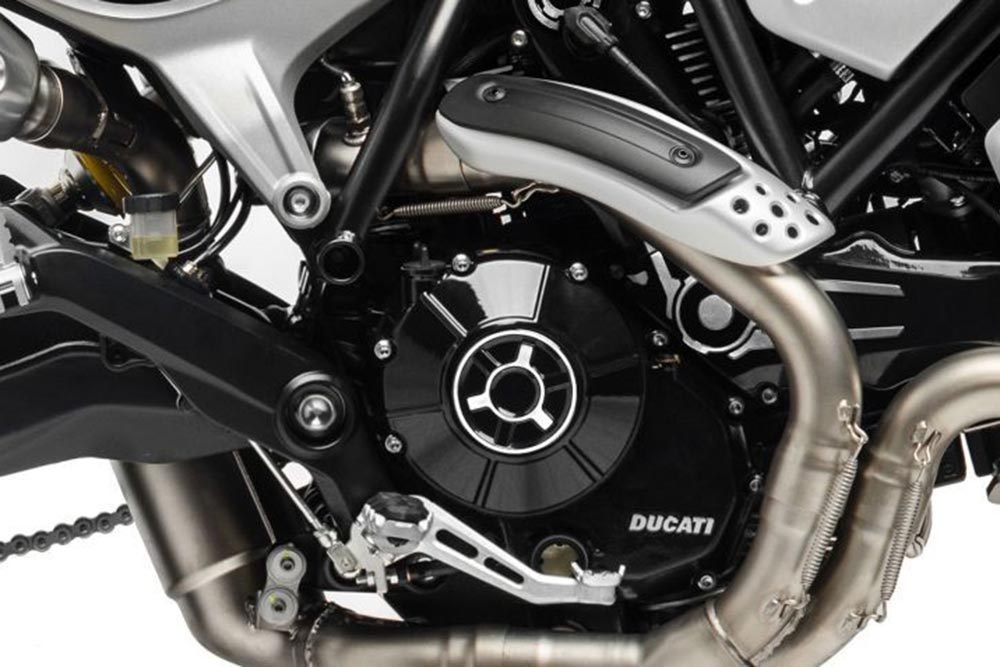 The Ducati Scrambler 1100 draws power from a 1079cc L-twin Desmodromic air-cooled motor with oil cooling. It pushes out 87.1PS of power at 7500rpm and 88Nm of torque at 4750rpm. Though the power is up by 13.1PS compared to the Scrambler 800, there is a considerable increase in the torque output (21Nm) - something which Scrambler lovers will appreciate. When it comes to power to weight ratio, the Scrambler 1100 makes 423.5 PS per tonne, which is 25.6PS per tonne more than the Scrambler 800. 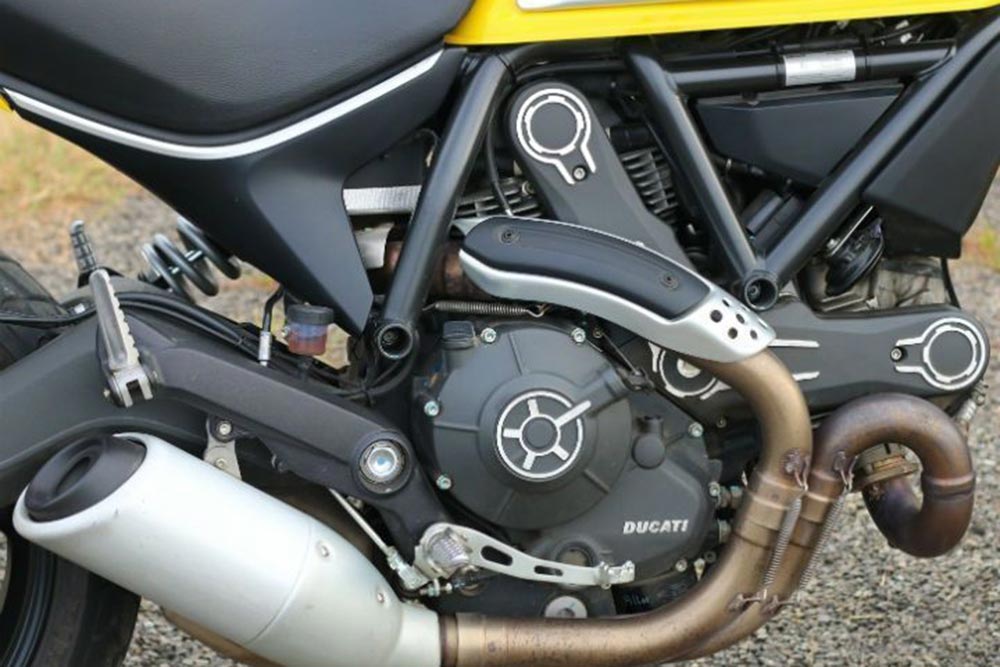 However, despite sporting a bigger motor, this motorcycle is going to be a lot friendlier to ride, thanks to the inclusion of three riding modes (Active, Journey, City), four-level Ducati traction control and cornering ABS. On the other hand, the Scrambler 800 is a properly old-school bike, devoid of any electronics apart from the dual-channel ABS. The powerplant works in conjunction with a 6-speed slipper clutch-enabled transmission, actuated hydraulically instead of the Scrambler 800’s cable clutch. At 19.23kmpl, the claimed fuel efficiency figure is almost the same as the smaller Scrambler, even though it has a 276cc bigger motor. 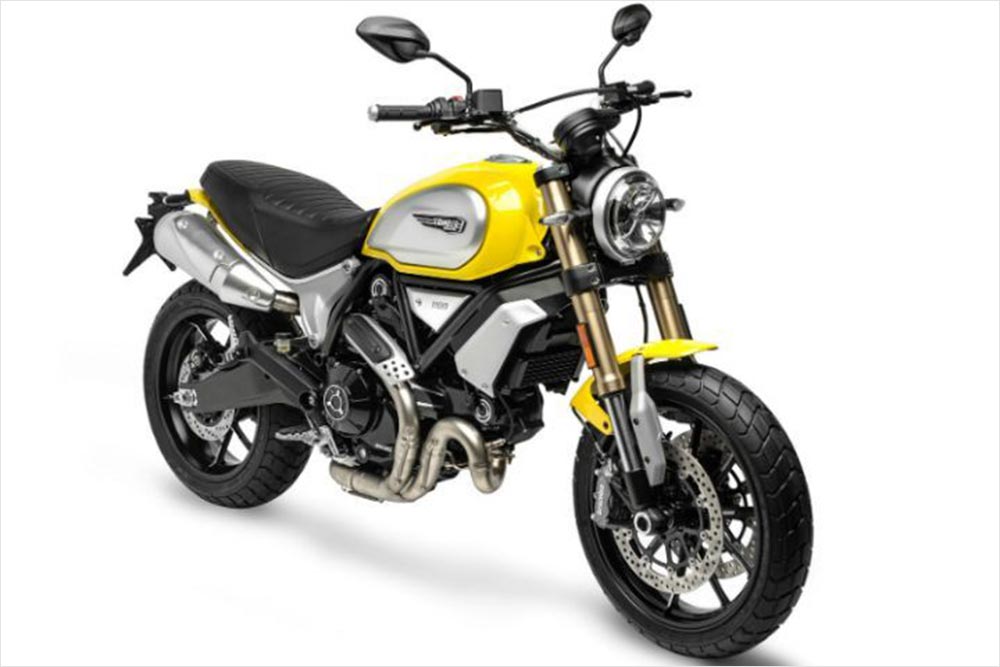 The Ducati 1100 is built on a new trellis chassis with aluminium sub-frame. Bigger motor commands beefier underpinnings for better dynamics. To achieve this balance, Ducati has employed fully adjustable 45mm Marzocchi forks up front (as opposed to 41mm Kayaba non-adjustable inverted units in the Scrambler 800) and a Kayaba monoshock with preload and rebound adjustability.

For better stopping power, the Bolognese bikemaker has equipped the bike with dual 320mm discs with Brembo Monobloc M4.32 4-piston callipers up front and a single 245mm disc at the rear. The Scrambler 800, on the other hand, uses a 330mm single disc up front with radial 4-piston callipers, and the same 245mm rear disc. 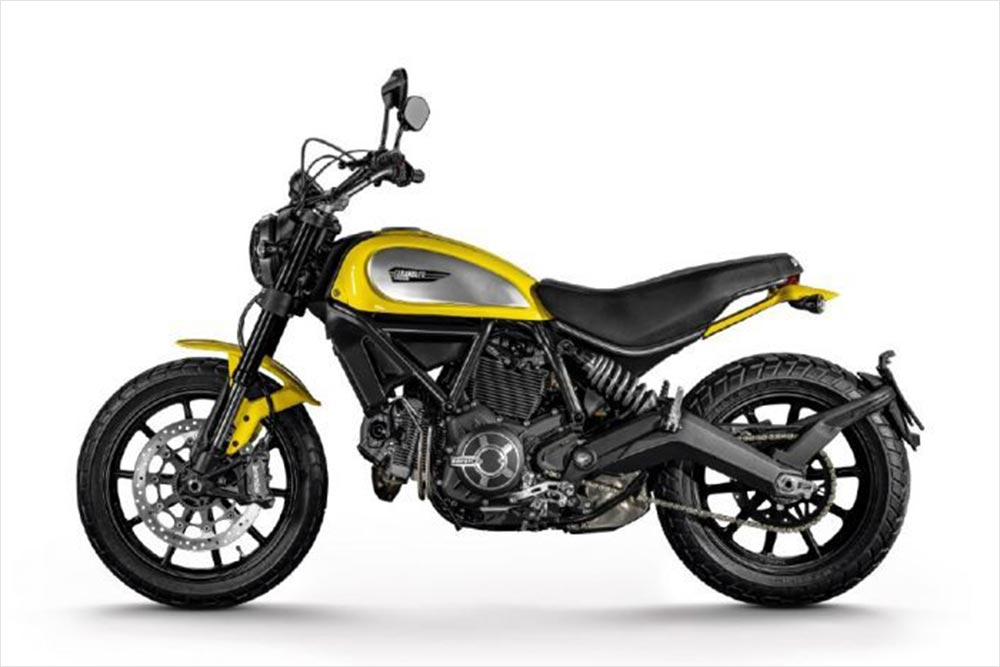 Both the new and the old motorcycle ride on Pirelli MT 60 RS tyres, but the Scrambler 1100 gets a fatter 120-section unit up front, while the 180-section rear is the same for both the bikes. Wheel size for both the bikes are the same: 18-inch front and 17-inch rear.

At Rs 10.91 lakh, the Scrambler 1100 is Rs 3.68 lakh more expensive than the Scrambler 800 Icon. This seems to be a justifiable premium considering the fact that the Scrambler 1100 is an all-round improvement over the 800, at least on paper. Apart from the bigger engine and more power you also get upmarket suspension, bigger fuel tank, riding modes, traction control and cornering ABS. Over the standard Scrambler 1100, Ducati has also introduced two variants, the Scrambler 1100 Special and Sport, priced at Rs 11.12 and 11.42 lakh respectively, all prices ex-showroom, pan-India. Stay tuned for our first ride report!