Ducati Wins Pikes Peak 2018 With Carlin Dunne At The Forefront 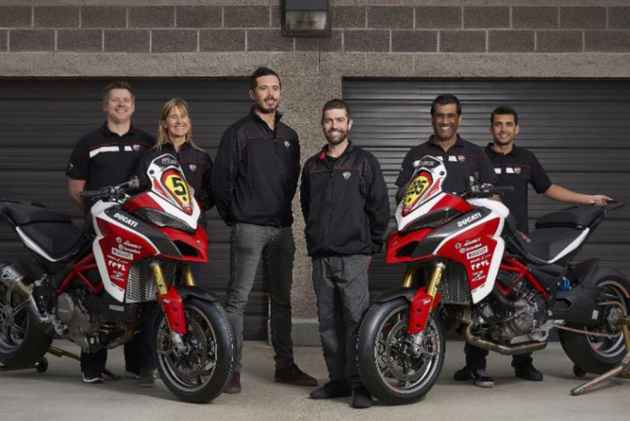 The 96th running of Pikes Peak witnessed an epic battle between the two rivals, Ducati and KTM. Having lost its crown last year to Chris Fillmore on his factory-backed KTM 1290 Super Duke R, the Italian manufacturer decided to come back to Pikes Peak and reclaim its throne for 2018. 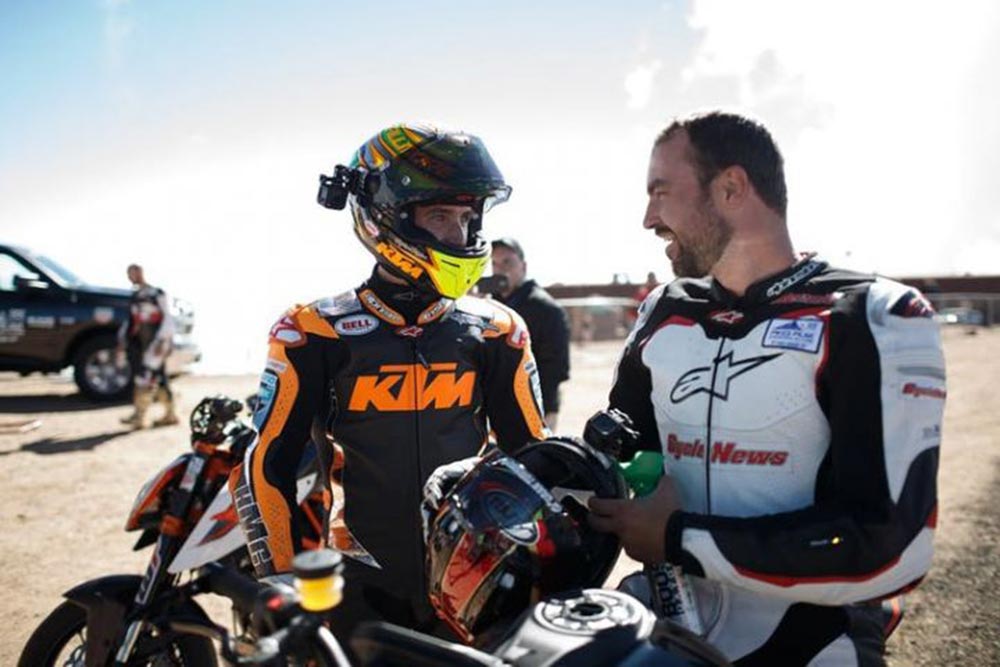 Defending KTM’s heavyweight title was Rennie Scaysbrook, who went toe to toe against Carlin Dunne and Codie Vahsholtz, both aboard the Ducati Multistrada 1260 Pikes Peak Edition. The 2017 winner and record holder Chris Fillmore (KTM), on the other hand, rode the smaller, less powerful 790 Duke for the middleweight division in an attempt to post a sub-10 min time. Practice sessions, which ran throughout last week, saw next to perfect conditions with record-setting paces seen through all the divisions. On the contrary, Sunday's race looked uncertain, thanks to the sudden burst of showers that hit the summit on Friday. Making things worse was a hint of snow, which made it less than favourable for riding. 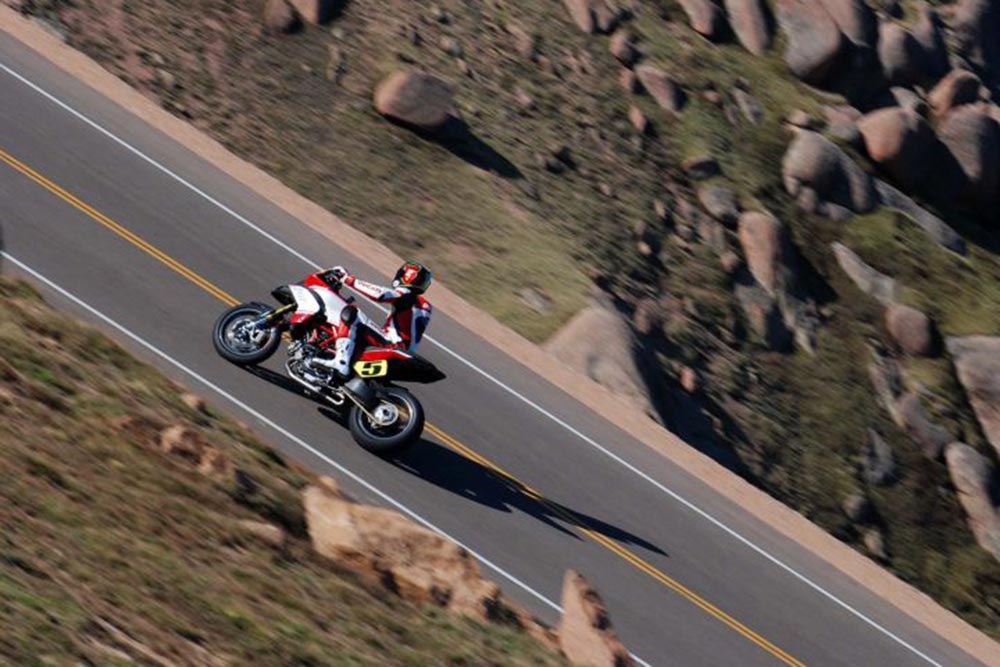 To add to the misery, Dunne (Ducati) wasn’t at 100 per cent before the race either as he was down with altitude sickness and a bad cold. As you would expect, the time trial race through the 156 odd turns wasn’t an easy one as grip on the tyres was reduced to the bare minimum halfway up the mountain. Dunne (Ducati) even lost the front end a couple of times, which forced him to make the ultimate call: to finish the race in one piece rather than pushing himself to break the existing record. 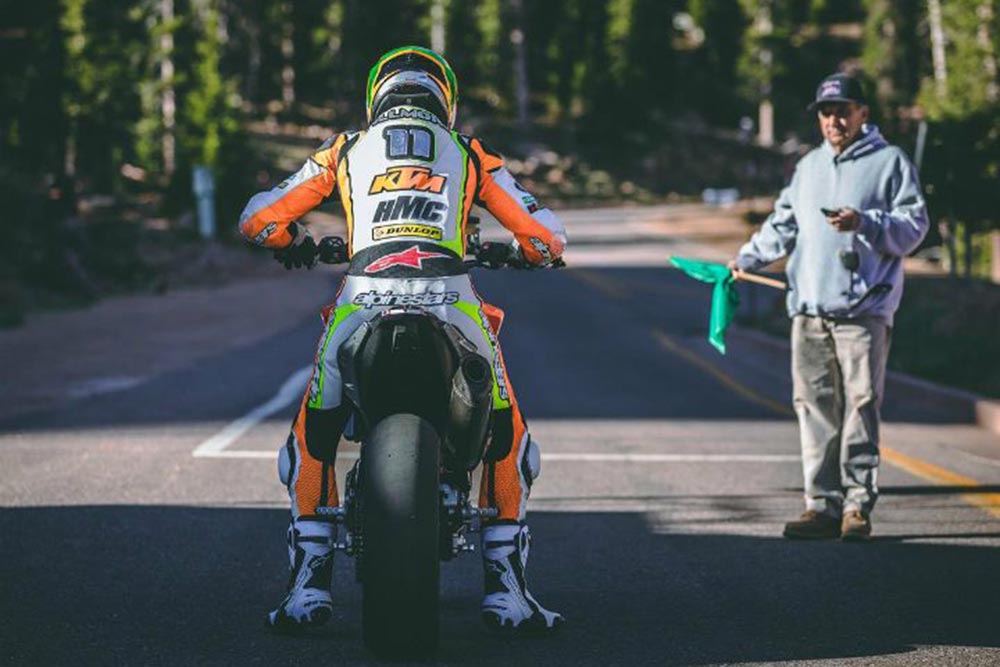 Despite all the hurdles, both Dunne (Ducati) and Scaysbrook (KTM) managed to clock astonishing sub-10 min times while scaling the serpentine mountain. Only seven-tenths of a second separated the two factory-backed rivals. Although Carlin Dunne (Ducati) couldn’t break Fillmore’s (KTM) record, he surely won the hearts of many and reclaimed the title as King of the Mountain for 2018. Fillmore won the Middleweight division on his 790 Duke and set a new record of 10:04.038. The former AMA Pro Superbike racer now holds records in both the Heavyweight and Middleweight division. 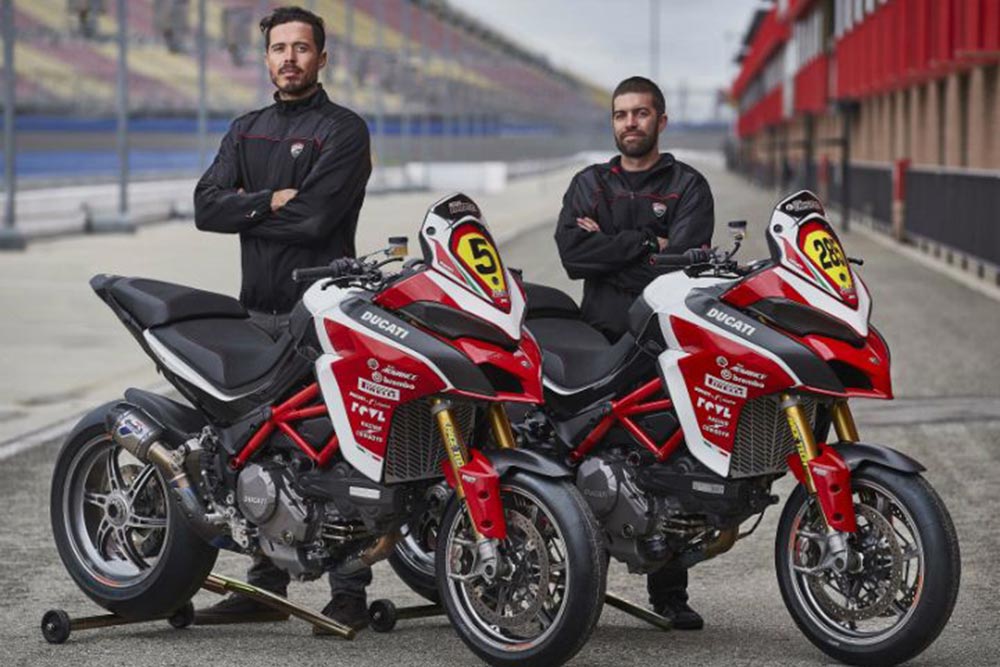 Dunne’s teammate Codie Vahsholtz (Ducati) finished in a respectable fourth place. With the Heavyweight record (9:49.625) still intact and a new Middleweight record being set by Fillmore astride the KTM 790 Duke, we are sure to see Ducati return to Pikes Peak next year with a view to tame the mountain again. 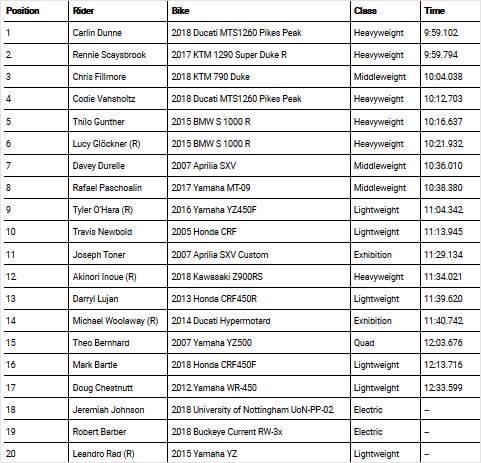