It is open season on Jawaharlal Nehru and Indira Gandhi. No opportunity is lost to demonise and denigrate father and daughter. It's time for a reality check. 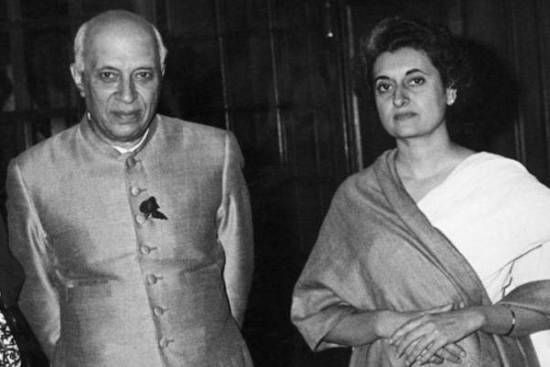 It is open season on Jawaharlal Nehru and Indira Gandhi. No opportunity is lost to demonise and denigrate father and daughter. Even October 31, the day the lady was assassinated, became a day-long festival for celebrating her wickedness, besides proclaiming she was no martyr but a case of self-destruction. Fortunately, we are told, a set of rulers, or shall I say ruler, is at hand, with the wisdom and vision to repair the damage.

We need to talk about Jawaharlal and Indira. That’s for sure. But we also need to keep some touch with historical veracity. For their lifelong opponents truth lies in the eye of the beholder. Consequently, 2014 onwards provides an excellent window to demolish once and for all the myth about their contribution to nation-building. What they built, so the argument goes, is their family dynasty.

Party politics can and is used to float falsehoods with the help of state power. Witness how the fable concerning our glorious Vedic past is being represented triumphantly (in which allegedly plastic surgery and stem cell research flourished) without a murmur of incredulity, or a titter of mirth. If truth is the first casualty in war, it is the second casualty in times when, as Lawrence Durrell puts it, “truth is what contradicts itself”.

The systematic and organised campaign to vilify the Nehru legacy and replace it with the more ‘muscular and patriotic’ legacy of Sardar Patel is top of the agenda. The exercise is ludicrous and an insult to the great Sardar. But let us leave that falsehood alone for the moment.

At the heart of the demolition project is the announcement that a new Idea of India, contrary to the one proposed by Nehru, is available, and in need of urgent execution. It is an abiding irony that the sole politician in the current pantheon of saffron leaders the present prime minister pays obeisance to is Atal Behari Vajpayee, who ruled the country with Nehru as his lodestar.

What is this new Idea of India? I think we should be told. Alas, its architects have provided no blueprint except to declare it exists. If I were say Mani Shankar Aiyar, I would argue it consists of one part jingoism and one part xenophobia. Perhaps that is a slight exaggeration. More accurately, it rejects the legendary poet Raghupati Sahay aka Firaq Gorakhpuri’s thesis,

In the sacred land of Hind, caravans of the world Firaq
went on settling,  and Hindustan kept on being formed.

If one takes the short view of history, Nehru is an easy target, and Indira even easier. To compile a list of ‘sins’ the duo committed would be superfluous since the compilation has already been lovingly done by the Sangh Parivar. Many of the sins are not without basis but they are not black and white either, except the Emergency. They were committed at a specific moment in history. Happily, we have access to material which provides us with full, balanced assessments—warts and all. We are therefore neither astonished nor shocked when these transgressions are presented. No verdict on Nehru or Indira is possible without its share of criticism.

Perhaps this is the right time to ask the hunters looking for two prized scalps some questions. Where did Narayana Murthy and the entire information technology industry come from? Where did Indra Nooyi come from? Where did Warren Buffett’s financial wizard, Ajit Jain, come from? They all came from the IITs, IIMs and other world-class education centres Nehru had the foresight to set up.

If India has the ‘bomb’ and internationally renowned research labs, the credit must go to the same man. At a time when the republic struggled, he insisted a newly independent, backward nation be fully engaged with the contemporary first world through advanced learning and progressive thinking. Nehru ensured a society steeped in superstition, ritual, religious dogma and belief in kismet embraced a scientific temper so that the temptation to wallow in a mythical ‘glorious’ past could be resisted. The modern nation state— outward-looking, open, rational, argumentative, sceptical—armed with universal adult franchise, is the creation of Jawaharlal Nehru. Rubbish that if you like.

I yield to no one in my abhorrence for aspects of Indira Gandhi’s prime ministership. Because I entered journalism in 1974, I experienced the full horrors of civilian dictatorship. That she wrecked critical democratic institutions is undeniable. But we must also remember she dismembered Pakistan and made sure it could never pose a threat. There is a good Indira and a bad Indira.

Incidentally, when I read opinion polls reveal she is easily the most popular prime minister the country has produced, when I see long queues outside her Safdarjung Memorial, I wonder if our Iron Lady needs more than one yardstick (Emergency) to assess her term in office.

If Nehru’s legacy is the real obstacle holding India back, why don’t its adversaries throw it into the wastepaper basket? And govern on the majoritarian doctrine? Not a chance. When it comes to self-preservation, the new rulers are wise. They know they would soon be out of a job, if they abandoned the idea (secularism) which has held the country together.

This piece first appeared in the Times of India