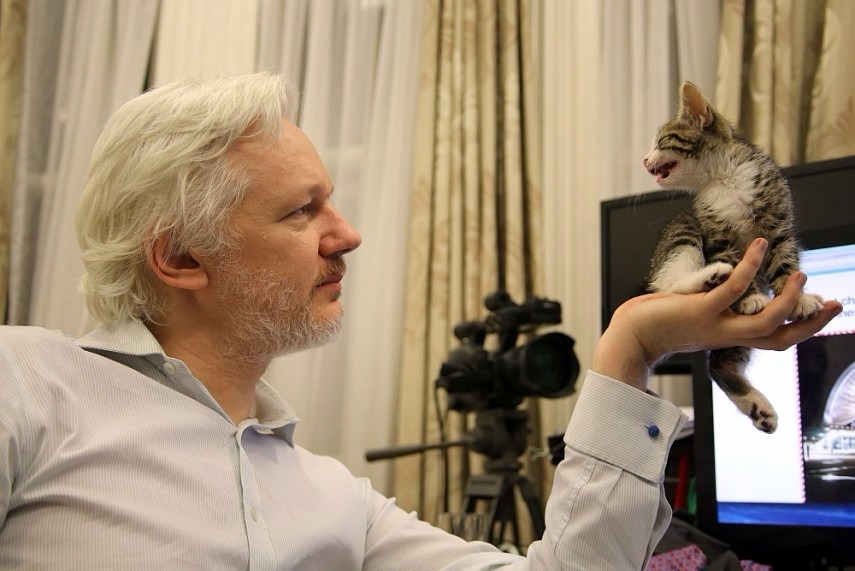 Ecuador today said it has stopped Julian Assange's ability to communicate to the outside world from its London embassy, where the WikiLeaks founder has been holed up since 2012.

The decision was taken because the Australian had broken a 2017 promise to not interfere in other country's affairs while in the mission, an Ecuadorian government statement said.

It came after Assange on Monday used Twitter to challenge Britain's accusation that Russia was responsible for the March 4 nerve agent poisoning of a Russian former double agent in the English city of Salisbury.

He also questioned the decision by Britain and more than 20 countries to retaliate against the poisoning by expelling Russian diplomats deemed spies.

The comments prompted a British Foreign Office minister, Alan Duncan, to brand Assange a "miserable little worm" who should leave the embassy to turn himself over to British authorities.

Assange, 46, has spent much of his time in his small room in the embassy tweeting and at times contributing to RT, a Russian state-owned television channel that broadcasts Kremlin messaging, as well as taking part in media conferences via video link.

In 2016, Ecuador briefly suspended his internet connection for posting documents online that were seen as having an impact on the US presidential election from which Donald Trump emerged the victor.

In May 2017, Ecuadorian President Lenin Moreno asked Assange to refrain from commenting on a separatist crisis in Spain over that country's Catalonia region, after he tweeted that Madrid was guilty of "repression."

Assange took refuge in the diplomatic mission in 2012 after a British judge ruled he should be extradited to Sweden to face allegations of sexual assault there.

Assange claims the accusations were politically motivated and could lead to him being extradited to the United States to face imprisonment over WikiLeaks' publication of secret US military documents and diplomatic cables in 2010.

Sweden dropped its investigation last year, but British authorities say they still want to arrest him for breaching his bail conditions.

Ecuador in December made Assange an Ecuadorian citizen and unsuccessfully tried to register him as a diplomat with immunity as part of its efforts to have the WikiLeaks founder leave the embassy without risk of being detained.