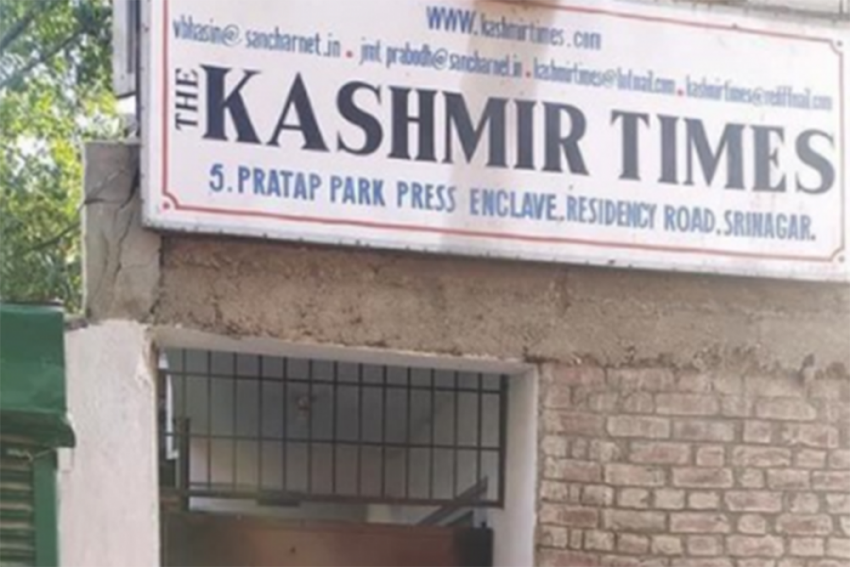 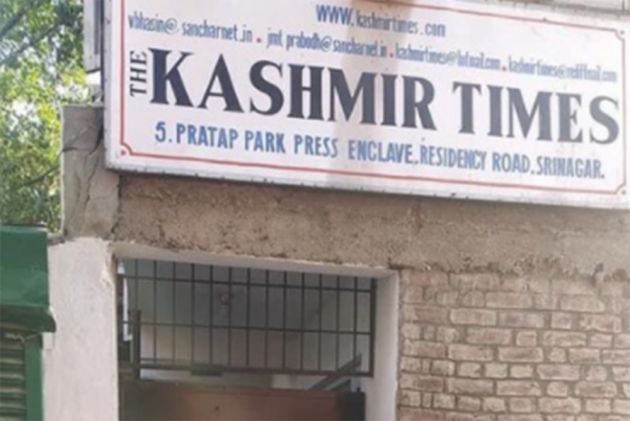 In a strongly worded statement the Editors Guild of India has condemned the government’s move to seal Kashmir Times’ Srinagar office. The Editors Guild of India termed the move as “reprehensible”. The Guild also claimed that local media organisations in the Union Territory were already going through tough times because of constant communication shutdowns, lack of advertising revenue and government imposed lockdowns and said that the government should assist the organisations instead of making things worse for them.

“Publications have steadily lost advertising over the last decade. Jammu and Kashmir's communication shutdowns, followed by the pandemic lockdown, have totally stopped the trickle of revenue. The online editions are crippled by the slow internet speed imposed by the government. The Kashmir Times, a 55-year-old publication, was forced to shut down its Srinagar edition in March. Instead of assisting the media, which was most needed in these dark times, the administration without any notice took control of the office of Kashmir Times, putting its lock on the door. The newspaper editor, Ms. Anuradha Bhasin, and the staff have been denied access to records, computers, furniture and equipment in the office,” the statement put out by Editors Guild of India read.

The Editors Guild has issued a statement on government actions against media in Jammu and Kashmir pic.twitter.com/dpdaK5z8oN

The Guild also urged the government to create a circumstance where media organisations can function without hinderance or fear in J&K. “The Editors Guild of India considers the action of state administration vindictive and injurious not just to the Kashmir Times, but also to the entire free media in the Union Territory. The Guild calls upon the government of Jammu and Kashmir to restore status quo, and to create circumstances in which media can function without hindrance and without fear,” the statement read.

Authorities on Monday sealed the Kashmir Times’ office at Srinagar’s Press Enclave. The prominent English daily is headquartered in Jammu and is published from both Srinagar and Jammu. The Srinagar office of the paper was operating from government accommodation allotted to it in 1993-94.

A senior official of the Estates Department said the allotment of the office space was in the name of late Vaid Bhasin and they had communicated to Kashmir Times that the allotment would be cancelled. He said the process for the same was going on for the past six months. However, Bhasin said the estates department never conveyed the same to Kashmir Times. She said there was a dispute over it and the building was not transferred in any other name.