Education Tour For Rajasthan Students: A Fair Where They Learn About 'Love Jihad', 'Christian Conspiracies' 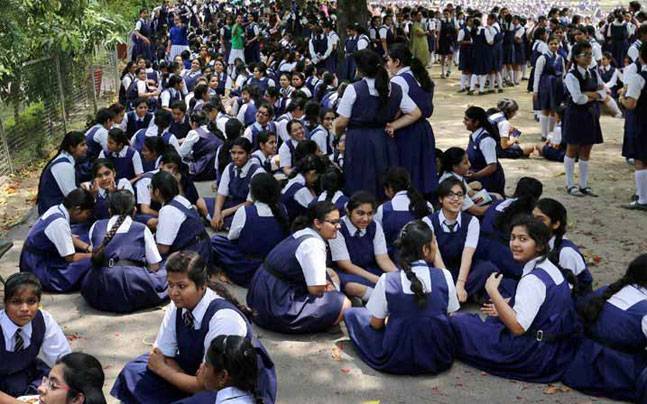 n Jaipur, Rajasthan's capital, schools have been asked to take teachers and students to a fair where they can learn about"love jihad", "Christian conspiracies" and take an oath on vegetarianism.

Jaipur’s Additional District Education Officer Deepak Shukla has confirmed that an order has been given upon the direction of Primary and Secondary Education Minister Vasudev Devnani to “help” organisers of the fair by making students visit the place, reported The Indian Express.

“The fair, organized by an RSS affiliate, will be held for 5 days and aims to “provide a platform to organisations engaged in imparting services to society to motivate and involve the public to be part of the process of social transformation”, the report adds.”

“A manual being sold by VHP for Rs 5 each, advises the use of words like "terrorists", "antinationals", "pro-Pakistanis", "womanisers", and "smugglers" to describe Muslims to women in a Hindu household, pitching it as a campaign against 'love jihad',” reported The Times of India.

A Bharatiya Hindu Sena pamphlet urges people to make India entirely a Hindu nation and to “construct a magnificent temple of Lord Ram in Ayodhya”.

Another pamphlet distributed by the Gau Raksha Sewa Sansthan advises on “the evils of milk from Jersey cow”.

Bharatiya Gau Kranti Manch vice-president Ravi Gangwal told the newspaper a convention in New Delhi will be held on February 18 next year demanding setting up of Union cow ministry, death penalty for killing cows, and “free Indian cow milk” for children below 10 years.

Earlier this year, the BJP government was planning to introduce a new ministry for cows,  BJP President Amit Shah had informed

The Telegraph had quoted Shah saying that “there are many recommendations about a cow ministry. A discussion (about the matter) is on.”

According to the report, Shah did not specify what the mandate for the said ministry would be. It added that Uttar Pradesh CM, Yogi Adityanath was present with Shah at the press conference. Adityanath, who has been championing a ‘save the cow’ campaign, was reportedly the first to ask for such a ministry, requesting Prime Minister Modi in 2014.