Edwina Wanted To Give Her Emerald Ring To Nehru While Leaving India But Didn’t, Says Her Daughter 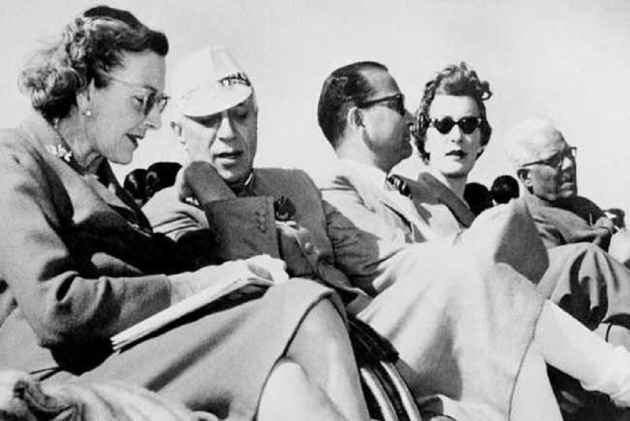 Edwina Mountbatten wanted to give Jawaharlal Nehru her emerald ring while leaving India, says the daughter of India's last vicereine.

"But she knew he would not accept it. Instead, she handed it to his daughter, Indira, telling her that if he were ever to find himself in financial difficulties – he was well known for giving away all his money – she should sell it for him," says a book, first published in the UK in 2012, which has been brought out in India as a paperback by Hachette.

Is it surprising, therefore, that the people of India should love you and look up to you as one of themselves and should grieve that you are going?"

Pamela nixes the rumour that Nehru and Edwina had a physical relationship.

The relationship between Nehru and Edwina was never physical as they were never alone, says her daughter.

She saw a "profound relationship" developing between Nehru and her mother Edwina Ashley.

"She found in Panditji the companionship and equality of spirit and intellect that she craved," Pamela says.

Pamela was keen to know more about the relationship.

But after reading Nehru's inner thoughts and feelings for her mother in his letters, Pamela "came to realise how deeply he and my mother loved and respected each other".

Pamela says she had been "curious as to whether or not their affair had been sexual in nature" but after having read the letters, she was utterly convinced it hadn't been.

"Quite apart from the fact that neither my mother nor Panditji had time to indulge in a physical affair, they were rarely alone. They were always surrounded by staff, police and other people," Pamela writes in "Daughter of Empire: Life as a Mountbatten".

Lord Mountbatten's ADC Freddie Burnaby Atkins also told Pamela later that it would have been impossible for Nehru and Edwina to have been having an affair, such was the very public nature of their lives.