New IMF chief Kristalina Georgieva warned of an economic slowdown in 2019 in 90 per cent of the world. 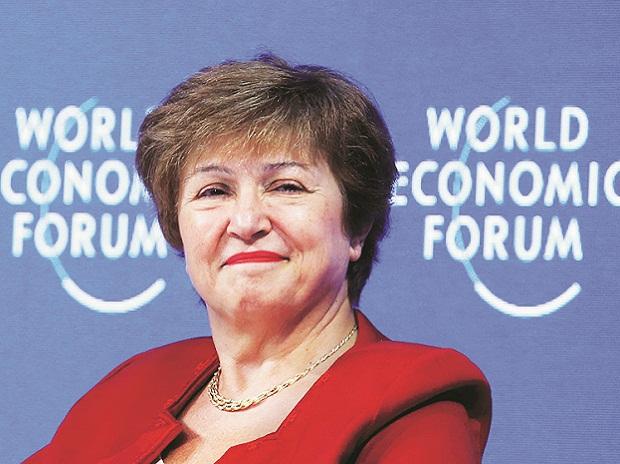 As the global economy is witnessing "synchronized slowdown", the effect is "more pronounced" this year in some of the largest emerging market economies like India, said the new International Monetary Fund (IMF) Managing Director, Kristalina Georgieva.

Georgieva pointed out that the widespread deceleration means that growth in 2019-20 will fall to its "lowest rate" since the beginning of the decade. Almost 90 per cent of the world will face slower growth, she said on Tuesday.

"In the United States and Germany, unemployment is at historic lows. Yet across advanced economies, including in the U.S., Japan, and especially the euro area, there is a softening of economic activity. In some of the largest emerging market economies, such as India and Brazil, the slowdown is even more pronounced this year," Georgieva said.

The IMF Managing Director said that global trade growth has come to a "near standstill."

The IMF had cut its projection for India's economic growth by 0.3 percentage points to 7 per cent for the fiscal year 2019-20 owing to the "weaker-than-expected outlook" for the domestic demand.

Georgieva made this assessment one week ahead of the joint Annual Meeting between the IMF and World Bank (WB) in which both institutions will present their economic projections in a gathering of top central bankers and economy ministers.

The IMF chief warned that the World Economic Outlook for 2019 and 2020 reflects a complex situation compared to the previous figures presented in July in Chile.

Georgieva, who this month took over leadership at the IMF from Christine Lagarde, said that currencies are once again in the spotlight and Disputes now extend between multiple countries and into other critical issues.

"Even if growth picks-up in 2020, the current rifts could lead to changes that last a generation -- broken supply chains, siloed trade sectors, a "digital Berlin Wall" that forces countries to choose between technology systems," she said.

Amid rising trade war between the countries which is generally fought through tariffs and counter-tariffs, the chief called for nations to work together and said: "Everyone loses in a trade war."