Efforts For Opposition Unity Will Succeed Only If Congress Takes Fight To BJP: Omar Abdullah 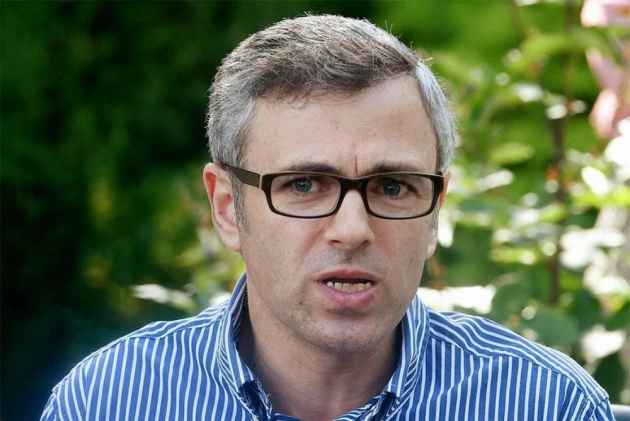 National Conference leader Omar Abdullah on Saturday lauded the efforts by UPA chairperson Sonia Gandhi to bring the opposition parties together and said they will only be successful if the Congress takes the fight to the BJP.

He said the opposition parties are also discussing TMC chief Mamata Banerjee's proposal for a "federal front" under which the regional parties will unite to take on the BJP in the 2019 Lok Sabha elections.

"We have seen a number of efforts (being) made by Sonia Gandhi to bring the opposition parties together and recently we saw the opposition coming together during the swearing-in of the Karnataka chief minister," he said.

"Obviously no effort for towards opposition unity will really succeed unless the Congress is able to take the fight to the BJP in the way we hope," Abdullah said on the sidelines of a programme here.

The former Jammu and Kashmir chief minister is in the city to take part in a forum discussion, titled 'Think Federal Front', and met Banerjee on Friday.

Speaking about the present situation in Kashmir, Abdullah reiterated that it is not conducive for polls.

"We (National Conference) have demanded that the assembly be dissolved...It is no use talking about elections in the present situation. We can only talk of elections once the state goes back to the situation it was in during 2014, when the (last assembly) election was held," he said.

Abdullah also criticised the erstwhile PDP-BJP government over its failure to stop the youth from joining militancy.

He said the number of terrorists killed in the last three years is much higher, as the BJP claims, because a larger number of youths is now joining militancy, which is actually a failure on the part of the government.