The Indian Psychiatric Society (IPS) stated that every citizen of the country is governed by the Mental Health Care Act 2017, and it is a legal obligation to be aware of the mental health and reduce stigmas associated with it. 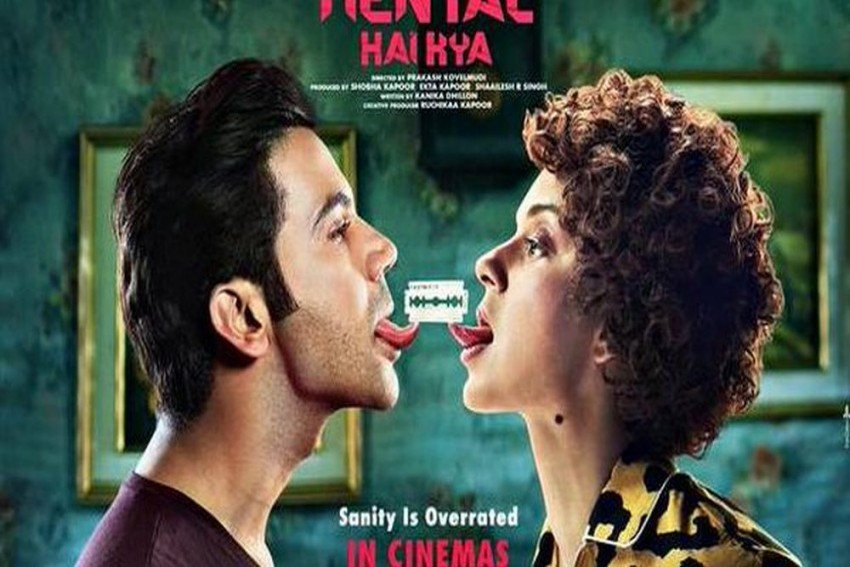 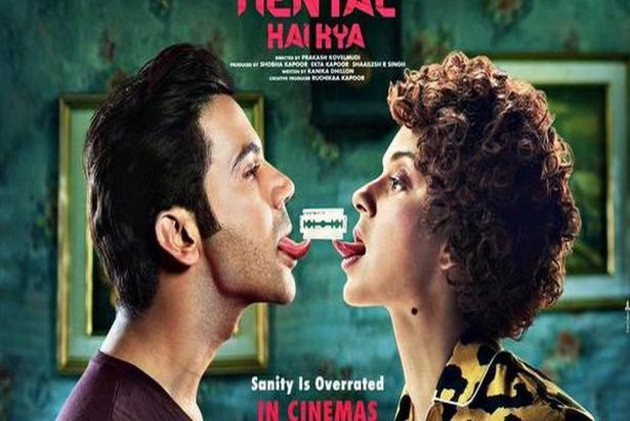 In reference to the title and posters of the upcoming film, ‘Mental Hai Kya?’, starring Rajkummar Rao and Kangana Ranaut in the lead, furious psychiatrists have asserted that the film industry must exercise caution, and be more sensitive in its messaging.

Experts across the country aren't the least amused with the title and a newly-released poster, which depicts the artistes trying to balance a razor sharp blade between their tongues.

Furious over the violation of the rights of the mentally challenged people, the Indian Psychiatric Society (IPS) on Thursday, wrote to the Central Board of Film Certification (CBFC), raising "serious objections" to the film's title.

In a letter addressed to CBFC Chief Prasoon Joshi, the IPS said it takes objection to a "number of issues", as the movie, backed by Ekta Kapoor's Balaji Motion Pictures, seems to violate many sections of Mental Health Care Act, 2017.

"We take serious objections to the title of the movie, which is discriminative, stigmatising, degrading and inhuman in projecting mental disorders and persons who suffer mental disorders. We strongly demand the title to be removed with immediate effect preventing further damage to the modesty of mental health service users," the letter read.

The IPS also stated that every citizen of the country is governed by the Mental Health Care act 2017, and it is a legal obligation to be aware of the mental health and reduce stigmas associated with it, reported Times Of India.

The poster of the movie, which is produced by Shobha Kapoor, Ekta Kapoor and Shailesh Singh, written by Kanika Dhillon and directed by Prakash Kovelmudi, was launched recently with the caption, "Get ready for craziness that cuts through!"

The images showcase Kangana making a cross-eyed face, while Rajkummar shows his two middle fingers, Kangana with a matchstick on her tongue while Rajkummar stubs a cigarette on his forehead... so on and so forth.

Samir Parikh, Director, Department of Behavioural Sciences and Mental Health, Fortis Healthcare, expressed his dismay about how on the one hand, a leading Bollywood actress like Deepika Padukone mustered the courage to talk about her tryst with mental health issues and encouraged people to talk about it, while on the other hand, here's a film like "Mental Hai Kya?"

"I have started a mental health curriculum, as part of which the idea is to tell children and teachers in schools, about the importance of the right conversation about mental health in public. It plays a huge part in developing a perception about those fighting a mental health issue," Parikh said.

He said that it is vital that words like "psycho, schizo and mental" are not used in a dismissive way, because people dealing with those issues then become apprehensive about seeking help.

"Besides, when a mainstream Bollywood film with such popular actors comes up with a title like 'Mental Hai Kya?', it is very unfortunate. We have to be very careful and sensitive about our messaging. Everyone should get a creative license, but not in the absence of social responsibility," he added.

Mumbai-based Milan Balakrishnan, Consultant Psychiatrist, Bombay Hospital and Masina Hospital Mumbai said, "Bollywood has a major influence on our psyche and society. The representation of mental illness in the past by Bollywood has led to a lot of misinformation and stigma about the illness and its treatment.”

"The representation of ECTs (electroconvulsive therapy) in films as a mode of punishment is something we have never been able to undo. Bollywood needs to now be more responsible and avoid increasing the discrimination that is meted out to people with mental illness," he added.

Several psychiatrists have expressed their resentment on their twitter accounts, which led to the social media platform crowded with tweets about the need to bridge the gap in all aspects of mental health.

"The layperson would not be able to differentiate between 'mentally ill' and 'mental'. Those with mental illness are often called 'mental' in a derogatory way," tweeted one user.

Another twitterati said, "'Mental Hai Kya?' is a really bad title for a film. Sanity is not overrated and a person having mental health issues is not meant for your jokes and movie titles."

#MentalHaiKya is a really bad title for a film. sanity is not overrated, and a person having mental health issues is not meant for your jokes and movie titles.

Bollywood in the recent past, has spoken about mental health awareness not just by sharing the story of their own struggle, but by acting on it with projects.

On the big screen, Shah Rukh Khan and Alia Bhatt-starrer 2016 film "Dear Zindagi" offered a departure from Bollywood's stereotypical portrayal of mental illness, bringing the conversation into the mainstream.